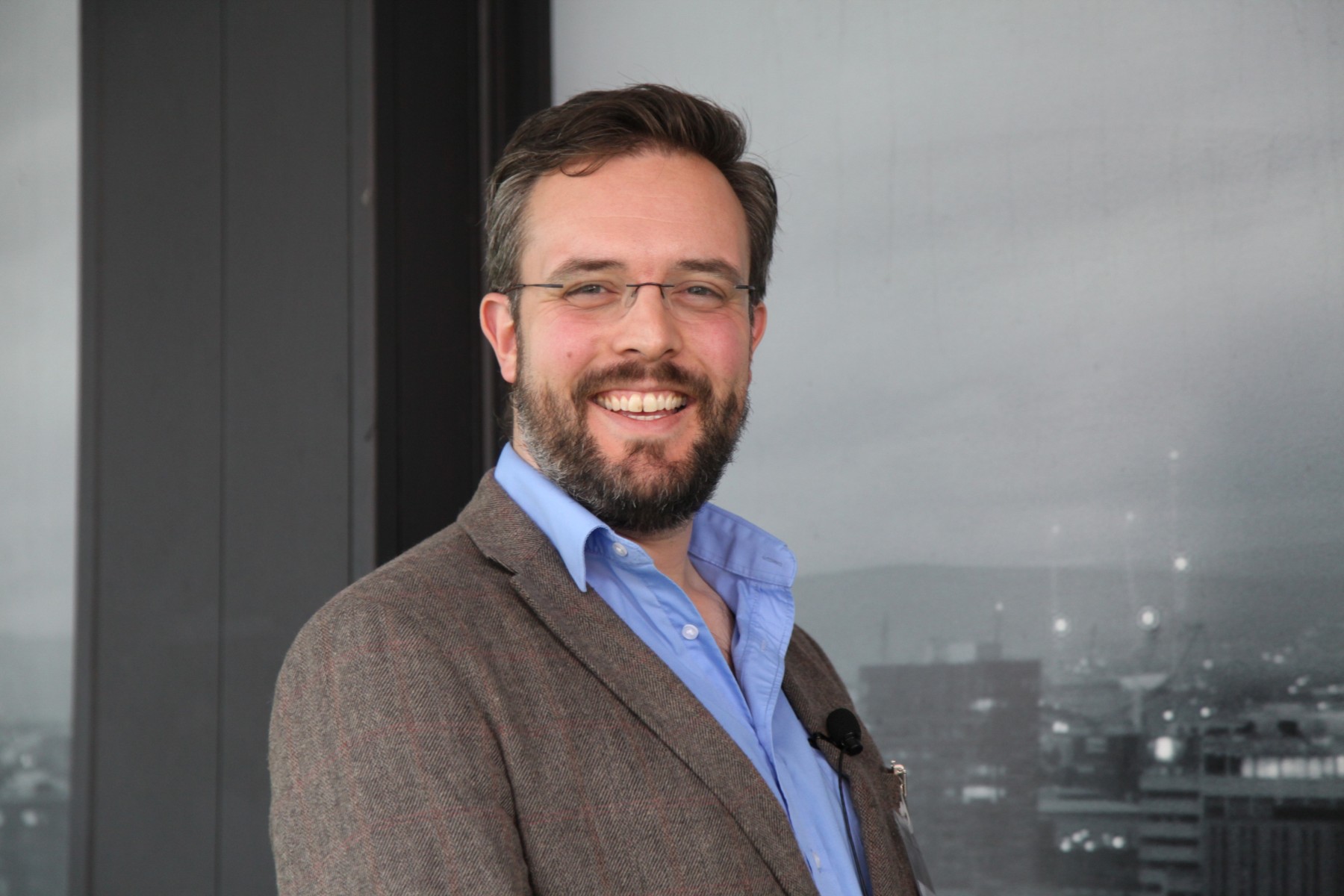 Scientist gets top award for pioneering research into macular disease

A leading scientist from The University of Manchester has been chosen for a coveted national award by leading sight loss charity the Macular Society.

Dr Simon Clark, 38, is one of the winners in this year’s Macular Society Awards for Excellence. He has been rewarded in the Rising Star of the Year category for his pioneering research into macular disease. It’s a case of second time lucky for Dr Clark, who is based at the University’s Faculty of Biology, Medicine and Health, having previously been shortlisted for the award in 2017.

Dr Clark’s work has focused on the links between a person’s complement system, part of the immune system, and macular disease. Extensive laboratory work has helped Dr Clark and his team gain a much greater understanding of macular disease and they have developed a new drug for the condition called Coalexin. Coalexin is set to begin clinical trials in the next two years.

Alongside his cutting-edge research, Dr Clark has been praised for his editorial and scientific contributions to a number of respected scientific journals, as well as his close collaboration with other universities throughout the world, including in Denmark, the Netherlands and the United States. In addition, he has been helping inspire budding scientists by regularly hosting students at his laboratory, enabling them to learn more about macular disease.

Dr Clark said: “Although I knew I’d been shortlisted for the award, I really wasn’t expecting to win, so it was a lovely surprise when the Macular Society rang to tell me.

“I’ve been nominated for awards before, but this is the first time I’ve won anything like this, and it’s very humbling. It’s taken a little while to sink in, but I’m so pleased to have been chosen. Alongside going to collect the award next month, I’m hoping to do something with my family to celebrate too.”

Although I knew I’d been shortlisted for the award, I really wasn’t expecting to win, so it was a lovely surprise when the Macular Society rang to tell me

Dr Clark will receive his award at the Macular Society’s national annual conference, which takes place at the Grange Tower Bridge Hotel in London, on 22 September. He will also be speaking at the conference, providing guests with an overview of current research into age-related macular degeneration (AMD).

Now in its 10th year, the Macular Society Awards for Excellence is run by the charity to celebrate the inspirational work done to provide services and care for people with macular disease all over the UK.

The Macular Society is the national charity for anyone affected by central vision loss. It has more than 400 support groups across the UK, which help to increase the confidence and independence of people affected by macular disease. AMD is the most common cause of sight loss in the UK, affecting more than 600,000 people. More people are affected as our population ages, and it is estimated that by 2050, around 1.3 million people will have AMD.

Cathy Yelf, chief executive of the Macular Society, said: “Our annual awards are our chance to recognise and reward professionals like Dr Clark for their incredible commitment and dedication in the fight against macular disease. It’s thanks to them that potential new treatments for macular conditions continue to be discovered.

“The work Dr Clark undertakes is truly pioneering and it’s only right that his efforts should be rewarded in this way. On behalf of everyone at the Macular Society, I’d like to add our thanks, and congratulate him on this excellent achievement.”

Scientist gets top award for pioneering research into macular disease