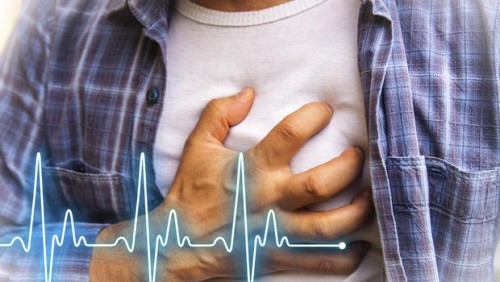 An international collaboration of scientists involving a team of researchers at Manchester led by Dr David J. Lewis has developed a tiny electric sensor, which could potentially improve patient survival rates by telling doctors if a person has had a heart attack.

Cardiovascular diseases account for around 30% of adult deaths in the 30−70 year age group, which is greater than the combined deaths from all types of cancer. The ability to diagnose cardiac disease is therefore of utmost concern to doctors. When someone has a heart attack, certain chemicals are released into their bloodstream in elevated amounts, and blood tests are therefore the key to diagnosis.

Dr Lewis, from Manchester’s School of Materials, has worked with his colleagues and a team at India’s Institute of Nano Science and Technology (INST) since 2014 to develop a nanoscale sensor made from ‘few-layer black phosphorus’, a new 2D material, which was coated in DNA. The immobilised DNA binds to a chemical called myoglobin, which increases in blood plasma after a heart attack and can be detected and measured by a simple electrical test.

This could have a major impact, as it is potentially the most rapid, sensitive, selective and accurate method currently available to detect if someone has elevated levels of myoglobin– the measurement of which is one of the methods used in hospitals to check if someone has suffered a heart attack. The researchers predict that its eventual introduction into the clinic could improve patient survival rates after an attack.

This work is the first example of 2D few-layer black phosphorus being used as a biological sensing platform. The test could eventually be used at the patient bedside, and does not require the use of centralised laboratories that may slow down their diagnosis. As the DNA used is developed using chemical information imparted to it by the biological target, it is potentially a universal system that could be applied to other targets beyond myoglobin.

“I was really pleased to publish a paper that used all my skills and the areas of interest that I have developed so far in my career – nanoscience and materials science, and their biological applications. My Dad suffered a heart scare in late 2013 and has been rehabilitating since, and I have lost good friends to heart disease, so I know full well the devastation that it can bring to individuals and families. The fact that it could potentially have societal impact beyond academia and could potentially improve patient survival and quality of life beyond a heart attack is, for me, amazing.”

Their work is described in detail in the American Chemical Society journal.