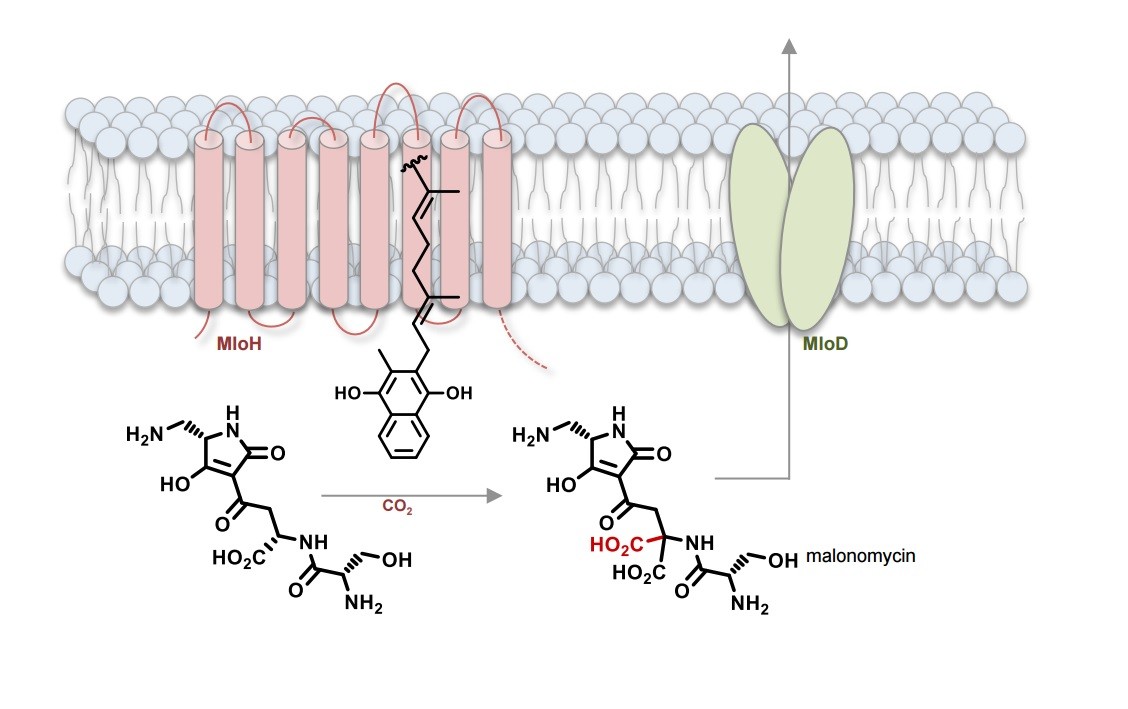 Scientists have discovered a new chemical process – also known as a biosynthetic pathway – in bacteria which could lead to a new generation of antibiotics being produced and manufactured.

Researchers at The University of Manchester’s School of Chemistry say their new pathway includes an enzyme, called a carboxylase, which adds CO2 to a precursor molecule producing a highly unusual antibiotic called malonomycin.

The team says the biosynthetic process used to produce this antibiotic could now possibly lead to the discovery and development of other drugs, helping in the fight against drug-resistant bugs and illnesses in the future. The work was carried out in collaboration with the University of Cambridge and is being published in Nature Catalysis.

International figures say antibiotic resistance could result in an estimated 10 million deaths every year by 2050, whilst the cost to the global economy could be £66 trillion in lost productivity. Across Europe alone, an estimated 25,000 people already die each year as a result of hospital infections caused by the antibiotic resistant bacteria such asEscherichia coli (E. coli).

Jason Micklefield, Professor of Chemical Biology at the Manchester Institute of Biotechnology, who led the study, said: “The rapid rise of antibiotic-resistant pathogens is one of the foremost global health concerns of modern times.

“Now, using a combination of bioinformatics, gene editing and in vitro experiments, we have discovered a highly unusual biosynthetic pathway to the antibiotic malonomycin. This could pave the way for a new kind of antibiotic production process.”

We are now optimistic that our findings might lead to the discovery of new antibiotics and may also provide new ways of making antibiotics which are urgently needed to combat emerging drug-resistant pathogens.

The team originally became interested in malonomycin because it has a highly unusual chemical structure. It possesses potentially useful antimicrobial activity and has already attracted industrial attention. However, despite the interest in this antibiotic, very little was known about the biosynthesis of malonomycin, until now.

The researchers found that CO2 was introduced into the malonomycin structure, by a carboxylase enzyme that has never been characterised in bacteria before. Malonomycin carboxylase is most similar to a carboxylase enzyme in human cells which uses vitamin K to add CO2 to proteins in our bodies, triggering essential physiological responses including blood coagulation.

Clinically important anticoagulant drugs, such as warfarin, work by blocking the function of the human vitamin K-dependent carboxylase. Prof Micklefield added: “We were very surprised to find an antibiotic-producing carboxylase enzyme in bacteria that was similar to the human carboxylase responsible for blood clotting.

“We are now optimistic that our findings might lead to the discovery of new antibiotics and may also provide new ways of making antibiotics which are urgently needed to combat emerging drug-resistant pathogens.”

REFERENCE: The paper 'A vitamin K-dependent carboxylase orthologue is involved in antibiotic biosynthesis' is being published Nature Catalysis DOI 10.1038/s41929-018-0178-2 and was funded by Biotechnology and Biological Sciences Research Council (BBSRC)