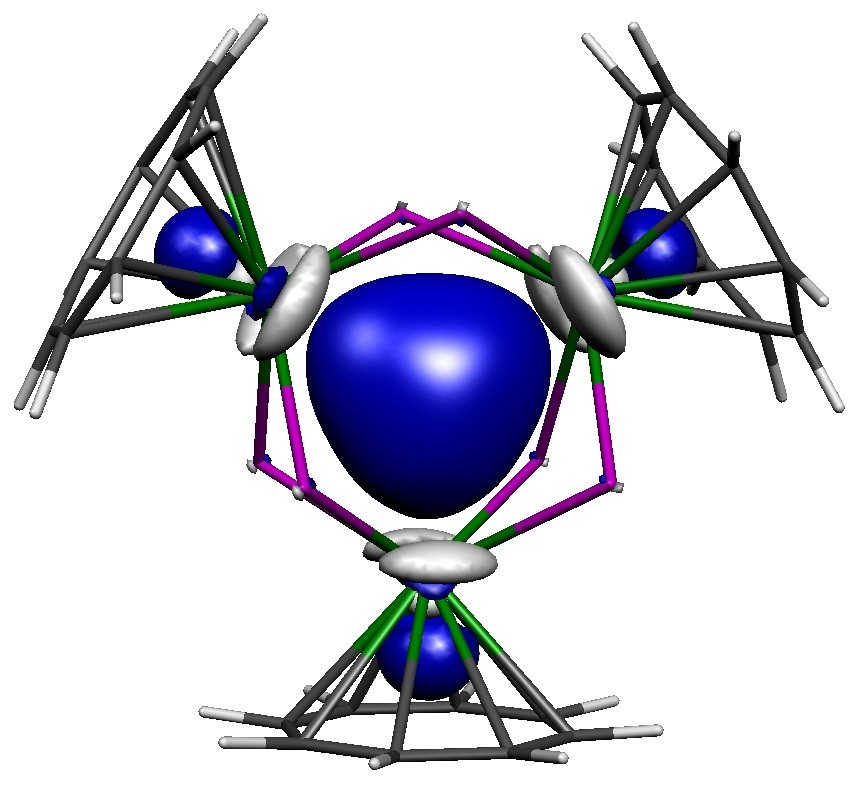 Scientists from The University of Manchester have managed to successfully make actinide metals form molecular actinide-actinide bonds for the first time, opening up a new field of scientific study in materials research.

Reported in the journal Nature, a group of scientists from Manchester and Stuttgart universities have successfully prepared and characterised long-sought actinide-actinide bonding in an isolable compound.

The majority of the Periodic Table is metals, so the field of metal-metal bonding is a vast area of research after nearly 180 years of investigations, with applications spanning understanding electronic structure, catalysis, chemistry at metal surfaces, magnetism, and bio-inorganic chemistry. Bulk materials can be difficult to study, so there is great interest in studying molecular compounds possessing metal-metal bonding, since such species can be more straightforwardly studied in detail and they constitute models that represent molecular fragments of bulk materials.

Though metal-metal bonding is extremely well developed for transition metals and main group elements, which has served as the foundation of the above applications, it has remained virtually unknown for the actinide elements, with examples restricted to spectroscopically observed transients or fundamental diatomics in microscopic-scale trapping experiments. Furthermore, making predictions about elements in the relativistic regime at the foot of the Periodic Table is highly challenging. Thus, experimental realisation of actinide-actinide bonding in routinely isolable molecules has been one of the top targets of synthetic actinide chemistry for decades.

The researchers succeeded in preparing a reduced, that is electron-rich, trithorium cluster. Had conventional reducing reagents been used the result would have been missed, because those heterogeneous reagents produce the trithorium cluster slowly, so only trace quantities are present at any one time due to decomposition during extended reaction times. However, the key to success was using a soluble homogeneous reducing reagent that gives almost instantaneous reactions affording the trithorium cluster in high isolated yield before it can decompose.

By using just the right reducing agent combined with the right synthetic precursor, we were able to isolate a complex that would otherwise have certainly eluded us, which raises the interesting question of whether other actinide-actinide bonding has evaded the field before but could now be accessible.

Professor Steve Liddle, co-Director of the Centre for Radiochemistry Research (CRR) at The University of Manchester, led the research. He said: “By using just the right reducing agent combined with the right synthetic precursor, we were able to isolate a complex that would otherwise have certainly eluded us, which raises the interesting question of whether other actinide-actinide bonding has evaded the field before but could now be accessible.”

Surprisingly, using a range of characterisation techniques, the researchers found that at the heart of the molecule there resides two paired electrons in a cloud of electron density that is shared equally between the three thorium atoms. This very rare situation is called sigma-aromatic bonding, and its report here extends this type of bonding to a record sixth principal atomic quantum shell and to the seventh row of the periodic table.

The trithorium cluster is notable on two further counts. Firstly, it contains actinide-actinide bonding that can be made at scale and isolated, which will permit wider development and understanding of it and its chemistry, opening up this new field. Secondly, the sigma-aromatic bonding runs counter to the vast majority of prior theoretical predictions and experimentally realised metal-metal bonding, highlighting the difficulties of making predictions about relativistic systems.

Fellow CRR co-Director Professor Nikolas Kaltsoyannis led the computational analysis. He said: “The chemical bonding in this beautiful molecule is exquisitely unexpected, underscoring just how unpredictable the actinide elements can be.”

The ability to now make and isolate actinide-actinide bonded compounds, whose reactivity and properties can be now straightforwardly examined, opens up opportunities to grow this new area of metal-metal bond chemistry, for example providing models for bulk actinide materials and potentially new quantum behaviours.