More news about business and commercialisation 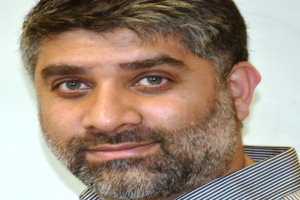 PharmaKure, a company spun out from The University of Manchester by its technology transfer arm, UMIP, is hoping that its research into finding new uses for old drugs could one day bring hope to people affected by Alzheimer’s Disease.

Alzheimer’s disease is the most common form of senile dementia, affecting more than 15 million people worldwide.  With increased life expectancy and an aging population, this number is set to rise considerably.  It is currently the fourth biggest killer in Britain, after heart disease, cancer and stroke.

There are currently no drugs that can provide a cure for Alzheimer’s disease. The five currently on the market, at best, alleviate symptoms for 6-12 months.

Manchester Science Park based drug discovery company, PharmaKure, which launched in December at the World Drug Repositioning Congress in the USA, has patented its first drug, PK-048, for the treatment of Alzheimer’s disease and is now looking for investment and pharma partnerships to fund drug library screening, pre-clinical and early phase human trials.

The founders of the company, Dr Farid Khan and Professor Andrew Doig, have a successful track record and significant expertise in drug discovery and development in industry.

PK-048 was first discovered in the 1980s, as a drug candidate for Parkinson’s disease, but it had never been tested for treatment of Alzheimer’s.  Previous data from animal trials have shown that the drug is orally active, non-toxic and crosses the blood-brain barrier in primates, a crucial requirement for an Alzheimer’s drug.

Commenting on the launch of PharmaKure and its trials of the drug, Dr Farid Khan, a former GSK employee, said: “The potential for PK-048 to help alleviate the symptoms and potentially to cure Alzheimer’s disease is really exciting. It is fantastic to now be in a position with the company to move towards commercialisation phase with a view to licensing and forging investment partnerships.

He continues: “30% of all newly marketed medicines are either existing drugs or formulations of old drugs, drugs which have shown to be safe in patients, so if these could be found to work for other diseases, then this would drastically reduce development costs and risks, creating a huge investment potential. “

MSP Chief Executive, Rowena Burns, added:  “The impact of PharmaKure’s research will have a worldwide reach and help to cement Manchester’s reputation as a centre of excellence in life sciences. We are extremely pleased that PharmaKure has chosen to locate at Manchester Science Parks and will be working closely with PharmaKure to make sure the company maximises the opportunities that locating at MSP provides – our strong links with the universities and hospital clinical campus, our close community of likeminded professionals and collaborative partners, access to finance and our dedicated business support team.”

Drug repositioning, or repurposing, has already led to several blockbuster drugs.  Viagra, for example, was initially used to treat pulmonary hypertension, but has since been used to treat erectile dysfunction and Rogaine, first used to treat high blood pressure, is now repositioned as a treatment of hair loss and promotion of hair re-growth.

PharmaKure is set to expand its IP portfolio and move current hits forward by undertaking significant research and development activities at its laboratories located at Manchester Science Park.

Alzheimer’s Research UK estimates that AD costs the UK more than cancer, stroke and heart disease combined.  The market for AD is enormous and growing with the increased life expectancy, currently an estimated 5.4 million Americans suffer from AD .  The Alzheimer’s Association estimated in 2012 that the U.S alone will spend $200 billion in 2012 to care for people with AD and related dementias, with a 66% increase in number of cases from 2000 to 2008.  Despite the huge size of this market, there are no drugs on the market that can cure the disease.  It is this space that PharmaKure seeks to occupy by finding new drugs and drug combinations using pre-existing drugs.

Alzheimer’s disease (AD) is a devastating condition.  This disease is progressive and irreversible.  There is no cure for Alzheimer’s as, at best, the current drugs alleviate symptoms for up to one year.  Biochemical and structural changes in the brain gradually destroy the ability to create, remember, learn, reason and communicate to others and it is ultimately fatal.  Not only to people with AD have more difficulty expressing thoughts and emotions, they also have more trouble understanding others.

Established over 27 years ago, Manchester Science Parks is internationally recognised as one of the most successful and fastest growing locations of its kind. Over 170 companies, spanning the life science, bio technology, ICT and digital and creative sectors, are located across its sites, spanning single desks to world headquarters with over 200 employees.

Governed by a public/private partnership, its shareholders are leading the way in capturing economic growth opportunities for the wider city region, generated by high-value, knowledge driven businesses in the science and technology sectors.

MSP is planning to double the size of the original site, creating 250,000 sq ft of new floor space, over the next ten years. The first phase of the growth plan, scheduled for completion in the next three years, will commence with the creation of a central ‘innovation hub’ building, where businesses, academics, freelancers, clinicians, inventors and more can come together, find common purpose, collaborate and do business. By moving away from traditional landlord- tenant relationships, MSP is developing a community whose own networks, shared services and local contracting arrangements are an intrinsic part of its identity, underpinned by its own structured support offering and connectivity.

UMIP is wholly owned by The University of Manchester which has over a 20 year history of IP commercialisation.

UMIP’s role is to bring as much of the University’s ground-breaking inventions and software, as is relevant, into the commercial world. This we do principally by attracting entrepreneurs, investors and corporate venture partners to our campus and Innovation Centre (www.umic.co.uk) and then, through engagement with our academic colleagues, licensing or spinning out companies.

Since UMIP’s inception in October 2004:

Over 2,200 invention disclosures have been received (371 during 2011/2012.) UMIP has set up 28 spin-out companies and brokered 301 licences and assignments and £205M has been invested by venture funders in University of Manchester spin-outs, a number of which have received national and regional enterprise awards. It currently has over 100 projects in its portfolio at various stages of development.

The University’s IP enterprises have generated approximately £50M to the University through the sale of shares in spin-outs, licensing income and through IP grants and contracts activity.