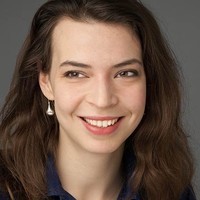 Beth Underdown, Lecturer at The Centre for New Writing and MA alumna, taught Jessica in her MA and was included in the list in 2017 for her debut novel, The Witchfinder’s Sister.

Here, the two talented writers tell us more about being included in this established national list chosen by the Observer New Review for their debut novels and their experiences at the Centre for New Writing.

What did it mean for you when you learned you were included in the 10 best debut novelists of (2017) for your novel, The Witchfinder’s Sister?

It was very exciting. At a particular point, my book was being published, this is one of the first things that came through. It was pretty much the first piece of any kind of coverage. It felt fantastic to get a vote of confidence from an established publication. On a pragmatic level, being on the list also unlocked more coverage for my book.

It was super exciting being interviewed, as the journalist who came to interview me was Alex Clark, an exciting, well-known journalist. It felt pretty special.

What were your thoughts when you heard Jess had made the list for her novel, Keeper?

I taught Jess during her time studying the MA at the Centre for New Writing and I felt very heartened, humbled and proud that she made it to the list. It is such a brilliant opportunity for her and very well deserved. It’s important to acknowledge there are a lot of brilliant debut novels that don’t get that specific coverage and go on to be very, very successful too.

Where you are now in terms of your writing career and what's next?

Wow. Well, there’s a lot going on. I’m currently completing my second book. I can’t tell you too much about it but as a l

ittle teaser… it’s another historical novel set in a gunpowder factory! I’m completing a fellowship in April and May at The Macdowell Colony.

How do you feel the MA at the Centre for New Writing supported you in your writing career?

It’s been a brilliant opportunity. The teaching, the events, the other fantastic writers on my course all added to an experience that was second to none in terms of my writing career. My first novel, The Witchfinder’s Sister, was picked up from the Manchester Anthology which was hugely formative for me as a writer. 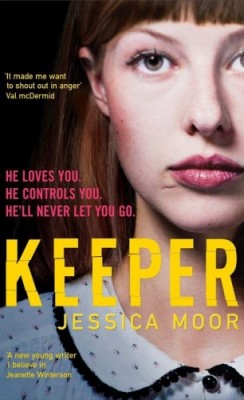 What did it mean for you when you learned you were included in the 10 best debut novelists of (2020) for your novel, Keeper?

It was a bit of a whirlwind. I didn’t know I’d even been entered for it until I found out I was included in it. I was really excited when I found out because I knew Beth had been on it and I knew that it was a big deal for her. Before the article came out I actually had nightmares about what it would say – I felt vulnerable and quite exposed! On article publication day, I woke up and decided I better check it. I was relieved – it was not as horrific as it could have been!

I suppose for me, being on the list gives me a sense of validation but not success – success is when the readers actually buy and like the book! In a way, being in the list is a means rather than an end – it will give my novel coverage and hopefully helps get readers interested!

Can you tell us a bit more about your novel?

After completing my BA I worked in a Women’s domestic violence charity. I was thinking about becoming a psychotherapist and this was a good opportunity to do something that linked to that line of work. It was a very eye-opening experience and was the beginning of the writing my novel, a pacy thriller which follows a central character who works in a women’s refuge and is experiencing an emotionally coercive relationship. The novel publication day is Thursday 19 March.

How do you feel the MA at the Centre for New Writing impacted on your achievements as a writer?

The MA at the Centre for New Writing is fantastic. It changed my life. It gave me a chance to be taken seriously as a writer and gave me space to reflect and grow.

You can take a look at the other first-time British and Irish novelists that were selected on the list on The Guardian website.