Stretching opens up possibilities for graphene 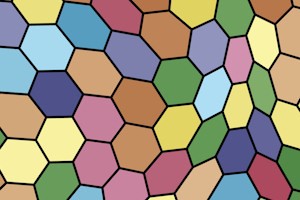 Researchers say they have found a simple way to improve the semiconducting properties of the world’s thinnest material – by giving it a good tug.

Writing in the Letters section of Nature Physics, researchers from the University of Manchester, the Institute of Materials Science in Madrid and the University of Nijmegen in the Netherlands report that simply stretching graphene – a 2D material just one atom thick – can turn it into a good semiconductor.

Although graphene has become one of the most promising materials for future electronics, one stumbling block has been the lack of a ‘gap’ in its energy spectrum. This gap is characteristic of silicon and other materials currently used by the semiconductor industry.

While researchers have been able to make graphene-based transistors much smaller and quicker than those made from other materials, they have leaked energy even in an idle state. This makes it impossible to use them in densely-packed integrated circuits.

But writing in Nature Physics, Professor Andre Geim, who discovered graphene at The University of Manchester in 2004, and two fellow researchers report on what happens to graphene’s electronic properties if it becomes stretched. The material is known to be flexible and can be stretched by as much as 20 per cent without inducing defects.

They say that if forces are applied along three main directions in graphene’s honeycomb crystal lattice, a semiconducting gap opens – which is sufficiently large for electronic applications.

“Having this crystal structure that it is both stretchable and of the highest electronic quality invites one to think of using this combination,” said Prof Geim, Director of the Manchester Centre for Mesoscience and Nanotechnology at The University of Manchester.

“Strain engineering in graphene can effectively lead to new derivatives that offer better or different properties with respect to the parent material. This ‘tuneability’ is a unique to graphene.”

The researchers say the mechanism that opens the gap mimics the influence of very high magnetic fields in graphene – meaning the stretching is also accompanied by such interesting and now intensively researched phenomena as the quantum Hall effect and topological phase transitions.

“The influence of strain on the electronic properties is a completely unexplored avenue with a lot of promise,” said Antonio Castro Neto, physics professor at Boston University and the National University of Singapore.

“It is such an elegant idea, and I am really excited about the prospects. No one could possibly expect that the effect could be so strong and potentially useful.”

On October 29, Professor Geim will be giving the public an insight into his groundbreaking work at a special lecture as part of The Manchester Science Festival 2009 (www.manchestersciencefestival.com).

Prof Geim is available for comment by arrangement. He can be contacted at geim@manchester.ac.uk.

The paper ‘Energy gaps and a zero-field quantum Hall effect in graphene by strain engineering’ has been published online by Nature Physics.

Illustrations are available to accompany this paper at http://onnes.ph.man.ac.uk/~geim/transfer/cover/