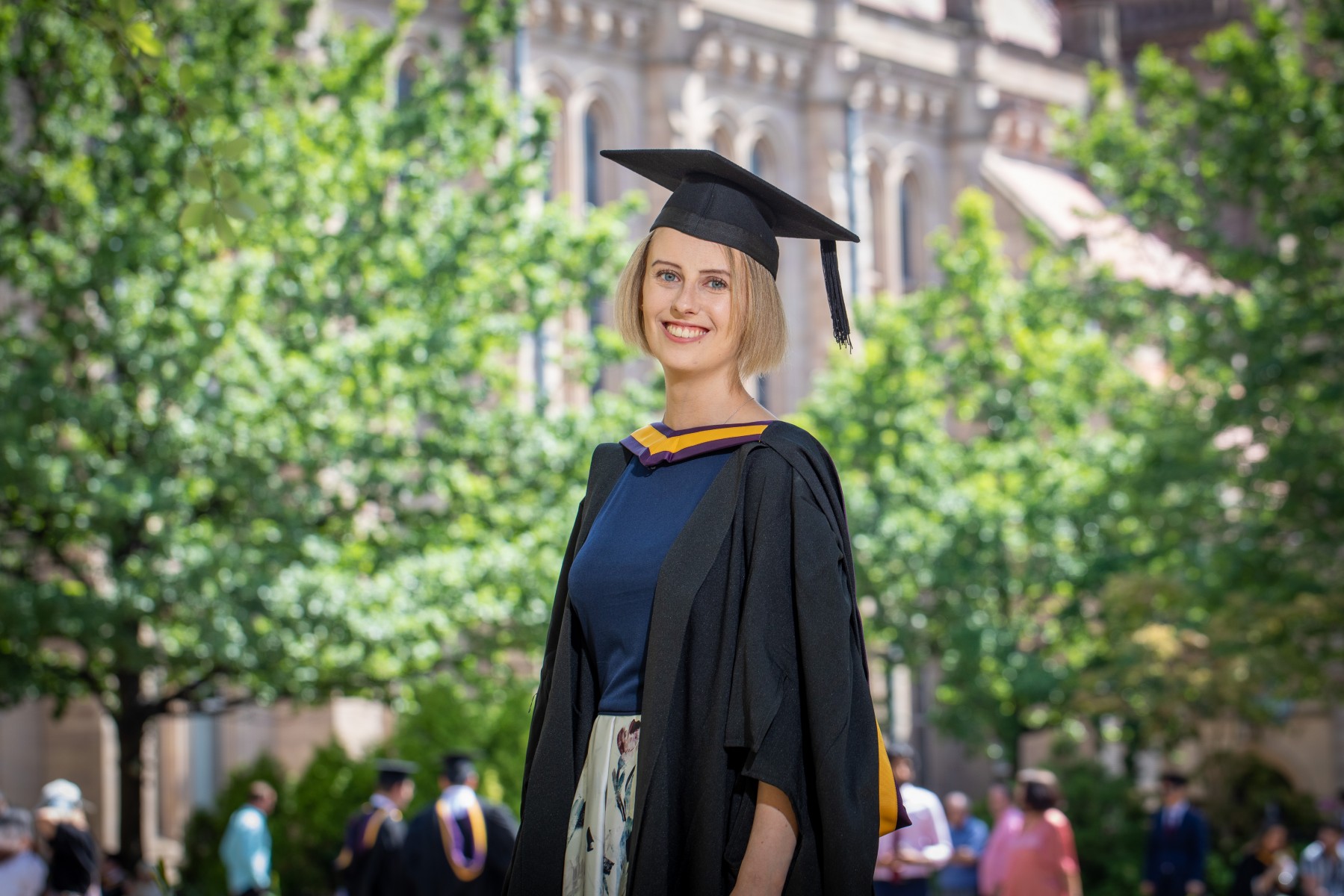 A student with a terminal condition has shown incredible strength and triumphed over adversity by graduating from her degree at The University of Manchester.

Laura Nuttall is a student from Barrowford in Lancashire who discovered she had Glioblastoma Multiforme - an aggressive and incurable form of brain cancer - after a routine eye test in 2018.

She was later found to have eight tumours, and was told she only had around 12 months to live - this led to her leaving university in London to concentrate on treatment and ticking items off her bucket list. She bravely endured a craniotomy to remove the largest tumour, and then started a gruelling programme of radiotherapy and chemotherapy.

However, the family then discovered that an innovative new treatment was available in Germany, and with the help of donations from friends, family and an online fundraiser, Laura was able to start the immunotherapy. She had to travel to Cologne every six weeks for this, but she responded so well that she was able to restart her studies - this time at The University of Manchester, in order to be closer to home.

Despite travelling for the gruelling treatment - which was made even more difficult by restrictions during the coronavirus pandemic - on top of undergoing more surgery in March and December, working as an ambassador for The Brain Tumour Charity and helping out in her community, she somehow continued to excel in her studies. As a result, she has now been able to celebrate her graduation from her Politics, Philosophy and Economics degree with Mum Nicola, sister Grace and Dad Mark.

Laura plans to carry on raising money for brain charities, and to raise awareness of brain conditions – she has recently joined the board of Our Brain Bank, a charity working to turn Glioblastoma from terminal to treatable. 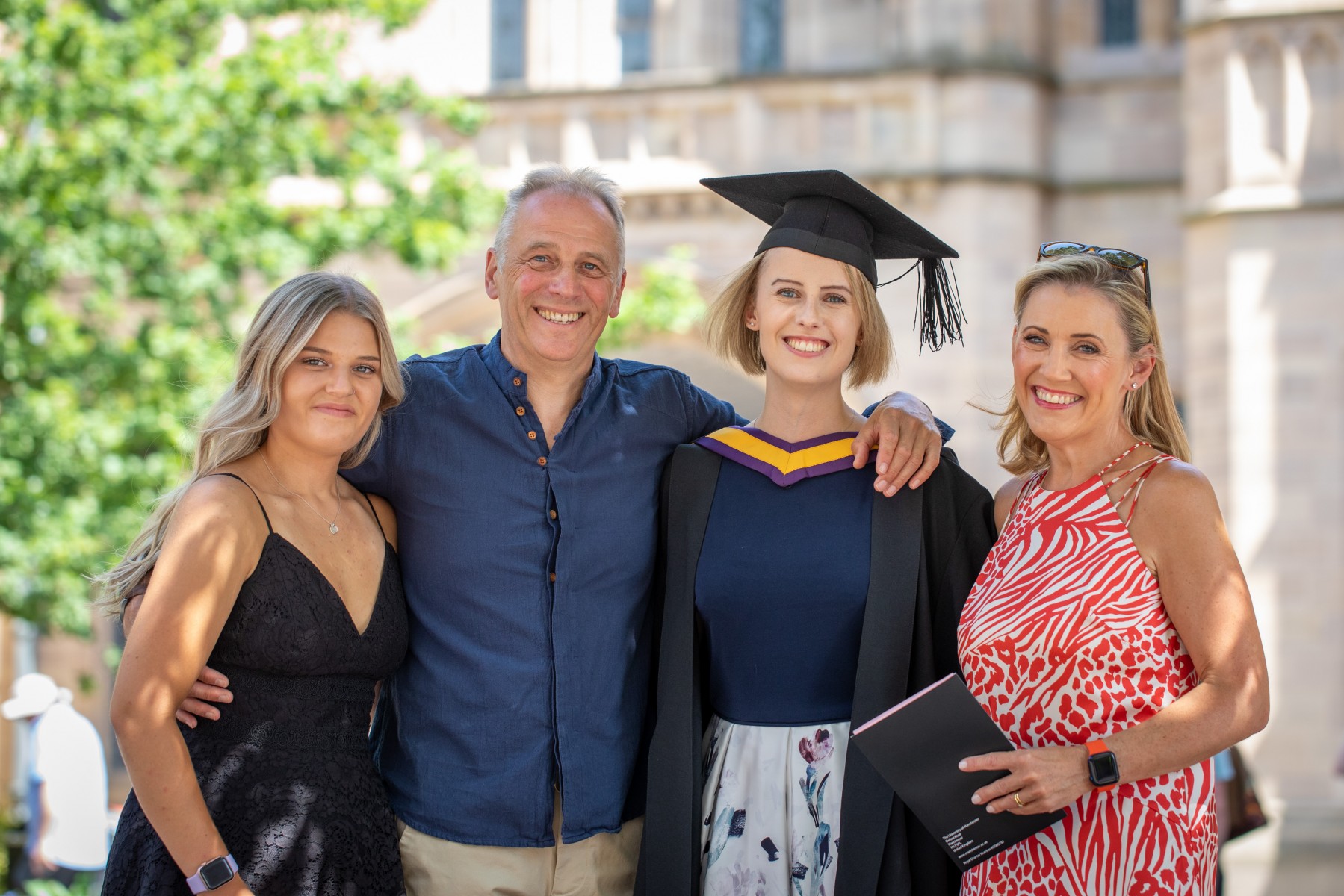 I don't think I would have been able to achieve my degree without the help and support provided by The University of Manchester, especially the student welfare officers. In my first year, I wasn't sure if I would be able to make it to graduation - never mind get a 2:1!

“Laura was told that she had a life expectancy of around a year and wouldn’t be going back to university at all, so to see her graduate is just incredible,” said Laura’s Mum, Nicola. “I know how hard she’s had to work to achieve her degree alongside her chemotherapy, surgery and treatment, and this day is a real celebration of her tenacity. We really couldn’t be more proud of her.”

“I have met very few people with such a determination to live their life to the full,” Professor Jackie Carter, who met and bonded with Laura as she also has a child with an incurable brain tumour. “Unlike most of my students who are wondering what to do with their futures, Laura quite literally doesn't know what hers holds - but she's getting on with it, and doing it all with a spirit that shines through her every pore when you meet her.”

In 2018, Laura Nuttall discovered she had Glioblastoma Multiforme - an aggressive and incurable form of brain cancer.

Yesterday, she celebrated her graduation at The University of Manchester with her family. Congratulations Laura, what an achievement! pic.twitter.com/IuxjnkMU4g

Laura and her Mum were keen to tell their story, as they want to draw attention to the research being undertaken at The University of Manchester. The Geoffrey Jefferson Brain Research Centre opened at the university last year, which brings together some of the world’s leading brain tumour, stroke and dementia scientists - alongside experts in brain inflammation, imaging and rehabilitation - to carry out groundbreaking research and develop new treatments to transform the lives of people with neurological diseases.

These conditions have a devastating impact in the UK - brain tumours kill more children and adults under the age of 40 than any other cancer, dementia is the leading cause of death, and 100,000 people have strokes every year.

Donations to The University of Manchester play a critical role in delivering this world-leading brain research. If you'd like to find out more about how you could support the future of the Geoffrey Jefferson Brain Research Centre, please contact supporters@manchester.ac.uk.

In the coming months, the appointment of a new brain research chair will be also announced at The University of Manchester – this person will drive a world-leading programme of research working in partnership with the NHS and Manchester Cancer Research Centre, bring in new grants and brain tumour models, and attract research trainees into the university.