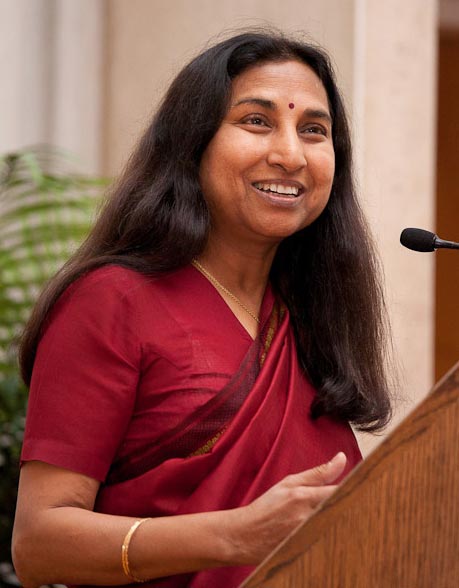 The University of Manchester’s Professor Bina Agarwal has been recognised in the gender studies category of the Balzan Prize for her “heroic” work studying women’s contributions to agriculture in India.

Professor Agarwal, who is based at the Global Development Institute, was announced as the recipient of the award on 12 September in Milan by the Chairman of the Balzan General Prize Committee, Salvatore Veca, together with the President of the Balzan Prize Foundation, Enrico Decleva.

Professor Marjan Schwegman, Utrecht University, commented that Professor Agarwal had received the award for: “Challenging established premises in economics and the social sciences by using an innovative gender perspective; for enhancing the visibility and empowerment of rural women in the Global South; for opening new intellectual and political pathways in key areas of gender and development.”

The Balzan Prize is presented to people or organizations that have made outstanding achievements in humanities, natural sciences, culture. The prize has been awarded annual since 1978 with four varying fields chosen each year. Recipients of the award receive 750,000 Swiss francs, half of which must be used for research. The Prizes will be presented during the award ceremony to be held in Berne on November 17.

Professor Agarwal was awarded alongside two US scientists, whose work has contributed to creating immunological treatments for cancer, Belgian astrophysicist Michael Gillon, and Aleida and Jan Assmann, who were recognised for their work presenting collective memory.

The award continues an extraordinary 12 months for Professor Agarwal who has been awarded Order of Agricultural Merit by France and the Agropolis Foundation Louis Malassis International Scientific Prize.

In addition, she recently published a 3 volume compendium, Gender Challenges, of her ground breaking essays on agriculture, property rights, and the environment.