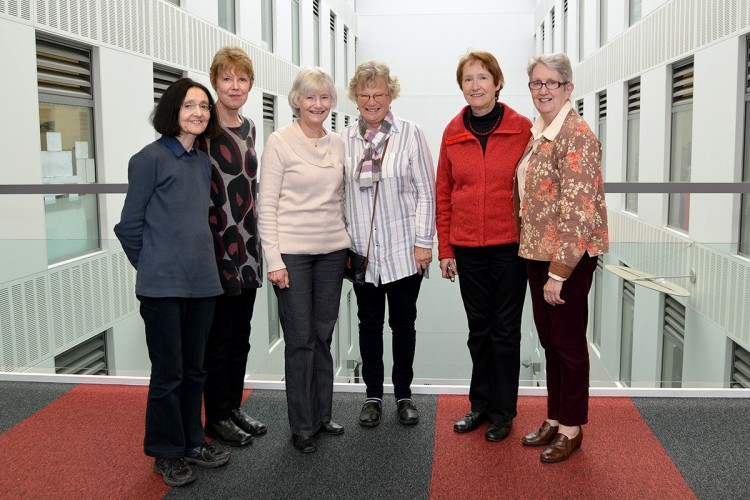 Nurses who campaigned to create England’s first nursing degree programme reunited at The University of Manchester this week (10 and 11 November) to share memories of breaking prejudice, working in Africa, (and living in the same flats as George Best!).

The eight women, dubbed ‘super nurses’ by the media at the time, played a leading role in turning their course into a full degree in 1970. And they were back on campus together for the first time this week to share their experiences and talk to current staff and students about how they view the profession in the modern era.

All had continued to work in nursing or health visiting, but owing to the training they received had followed a huge variety of careers – serving in hospitals and the community, becoming a professor or working in African and Asian countries.

But they had all come from different backgrounds when arriving at the University for the first time. Kate Kelley (nee Keeling) talked about how different Manchester was to her: “I was from the south with an upper-class accent so moving north at that time was a terrifying thought.

“But it was the 60s and a time when women were increasingly getting the freedom to choose what they wanted to do. At that time only 10% of people went to university and we were part of a process of opening out degrees to women.”

Carol Cole (nee Ireland) had a similar experience as the first person in her family to go to university. “The social aspects of the course really attracted me,” she added “We weren’t just learning about health, it was about the whole community. It was revolutionary at the time.”

Carol also had the experience in living in the flat above the one in which the (very young) footballers George Best and Mike Summerbee lived. “George Best was actually very shy in person,” she said. “We shared a garden and he and Mike often invited us to their parties. We considered them friends.” 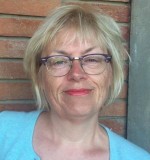 For Pam Smith, now a professor of nursing at the University of Edinburgh, the way the course was taught was inspiring. “The tutors gave us confidence,” she said. We were able to suggest new techniques like using sheepskins to relieve pressure ulcers and we worked on understanding care holistically – working with local authorities for example.”

Pam’s degree led her first into teaching and then to Tanzania and Mozambique where she carried on teaching student nurses after the countries became independent. She came home after five years and developed an interest in research, and eventually gained her PhD.

Carol ended her career working in Cambodia, helping to train health visitors to spread messages about boiling water and washing hands to reduce infant mortality. Prior to that she worked for many years in central Manchester hospitals, only yards from where she did her training.

Kate moved back south, working in London and then moving to LA and Boston, where she continues to work as a nurse practitioner.

All three experienced resistance in their early careers as among the first nurses in the country with degrees, but they and others like them slowly eroded that conservative culture to gain acceptance. It’s a journey that the current head of nursing at the University, Dame Nicky Cullum feels can inspire today’s students. “These women are all trailblazers and I’m proud that this happened here in Manchester,” she says.

“The students we have now share the same determination and a desire to improve the lives of others.

“These women show just how diverse a career in nursing can be, and where it can take you.”