Safeguarding people's living standards, re-evaluating the role of key workers in society, and reducing racial and social inequality are crucial for the UK’s economic recovery following the COVID-19 pandemic.

That’s according to a group of researchers and scientists who have contributed to a new series of thought pieces released today (Wednesday, 30 September) by The University of Manchester.

However, the academics also say that investing in local innovation, harnessing the green sector, and combating the climate emergency must remain key priorities for the government, despite the ongoing pandemic and impending second wave. 13 themes have been identified by Manchester experts across five overarching universal subject matters (health, economic recovery, inequality, growth of the green sector and innovation).

On our economic recovery, Professor Bart van Ark, Managing Director of the newly-founded Productivity Institute at Alliance Manchester Business School, says: “As we are mitigating the impact from a second wave of new cases on public health, it is also critical to safeguard people's living standards. First, we need to limit the number of job losses as a direct result of the crisis and then we need to find a path to economic recovery that creates new jobs and raises their incomes.”

That includes key workers and the roles they have in society adds Professor Miguel Martinez Lucio from the Work and Equalities Institute: “There's been a lot of applause for NHS workers. There's been a lot of symbolic support. But amongst many work and employment academics, what we begin to realise, is that the real issue is that these workers have to be financially rewarded.”

James Baker, CEO of Graphene@Manchester, says another pathway to economic recovery is the “devolution of innovation”. He explains: “The Manchester model of innovation – design, make and validate – is core to what we do here in Manchester. We often refer to it as ‘make-or-break', accelerating from the initial discovery through to applications and bringing products rapidly to market.

“As we move towards a post-COVID world, we're now seeing new factors are increasingly important for customers and industry. For example, the need for local supply chains for the manufacture of things like personal protective equipment (PPE) to be used locally.”

The lecture series sees world-renowned experts offer thought leadership and suggestions on how the global response to COVID-19 could also act as a catalyst to combat other major challenges. Some of the ideas are a complete shift in the way society currently looks at a range of global situations and solutions. 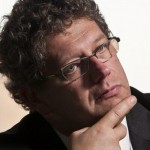 As we are mitigating the impact from a second wave of new cases on public health, it is also critical to safeguard people's living standards. First, we need to limit the number of job losses as a direct result of the crisis and then we need to find a path to economic recovery that creates new jobs and raises their incomes.

Professor David Hulme, Executive Director of the Global Development Institute, says: “COVID-19 has brought many issues into a very sharp focus. It's a health crisis, and at the same, time it's an economic crisis. But it may also be an opportunity to start to rethink some of the ways in which the world is governed and think about the strategies that countries and organisations have been pursuing.”

When it comes to combating climate change, Professor Alice Larkin from the Tyndall Centre for Climate Change Research and Head of the School of Engineering, says: “There are two important lessons that we've learnt so far from the COVID-19 pandemic. Firstly, that our priorities can be different. And secondly, that change can happen quickly.

“These observations can also be harnessed to tackle the climate emergency because with everything going on in the world right now, you'd be forgiven for forgetting that we're in one.”

To tackle the roots of inequality, especially for ethnic minority communities who have been disproportionately hit hardest by the pandemic, Professor James Nazroo, says: “The outcomes of the COVID-19 pandemic points to the need to establish a wide independent inquiry into ethnic inequalities in health, and one that moves to focus on recommendations to address the fundamental causes of these long-standing and profound inequalities.”

For more information and to view all the lectures visit manchester.ac.uk/covid-catalysts