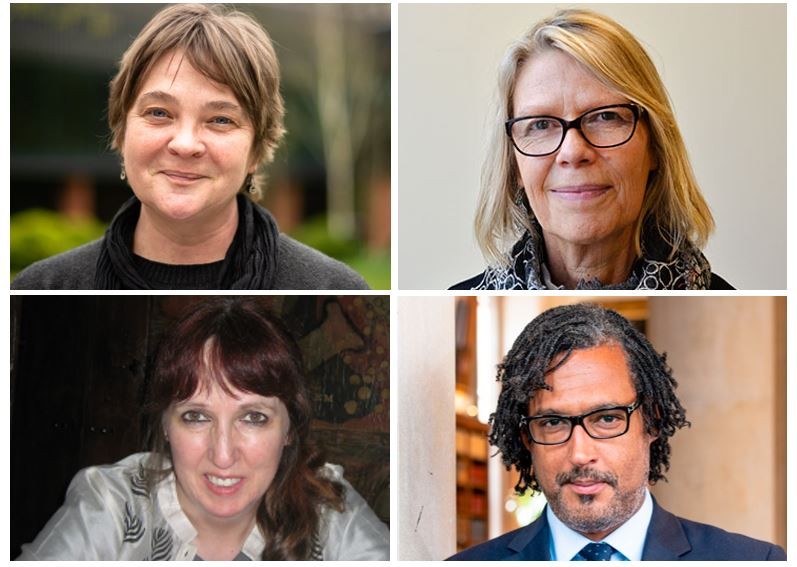 The British Academy recognises Manchester academics for their expertise

A number of academics from The University of Manchester have today been recognised for their knowledge and expertise by being elected as Fellows of the British Academy.

Dr Melanie Giles, Professor Penny Harvey and Professor Hilary Owen are among 85 scholars to be elected to the prestigious fellowship this year. David Olusoga, Professor of Public History, has also been awarded with an Honorary Fellowship in recognition of his broadcasting and public engagement work.

Founded in 1902, the British Academy is the UK’s national academy for the humanities and social sciences. It is a Fellowship of over 1600 of the leading minds in these subjects from the UK and overseas.

David Olusoga’s broadcasting work includes the popular series A House Through Time, and the series Black and British: A Forgotten History which accompanied his book of the same name. On receiving his Honouary Fellowship, he said: “It's a wonderful and unexpected honour to have been elected an Honorary Fellow of the British Academy - I'm thrilled that my work exploring marginalised histories has been recognised in this way.”

Melanie Giles is a Senior Lecturer in Archaeology. Her book Bog Bodies: Face to Face with the Past won 2022’s Book of the Year in the prestigious Current Archaeology Awards.

I am both honoured and humbled by this Fellowship, which would not have been possible without the wonderful support of my department of Classics, Ancient History, Archaeology, and Egyptology; the School of Arts, Languages and Cultures; and colleagues in the Manchester Museum. I hope to follow in the footsteps of other female archaeologists and ancient historians to champion the future of our subjects and fulfil the ambitious vision of the British Academy.

Penny Harvey, Professor of Social Anthropology, joined The University of Manchester in 1991. Her research spans the globe, and includes work with Dalton Nuclear Institute.  “Professor Harvey said, "I’ve been so lucky to have worked in such an amazing and supportive Department for over 30 years now! And huge thanks to all in the School of Social Sciences and wider University who have helped me along the way."”

Hilary Owen is a Professor Emerita in Portuguese and Luso-African Studies at The University of Manchester, as well as being.a Senior Research Fellow in the Sub-Faculty of Portuguese at the University of Oxford. Professor Owen said: “I am honoured and delighted at receiving this recognition from the British Academy. I am very much looking forward to contributing to the vital work the Academy does, and to bringing my perspectives from Portuguese Studies.”

Welcoming the Fellows, the new President of the British Academy, Professor Julia Black, said: "I am delighted to welcome these distinguished and pioneering scholars to our Fellowship. I am equally delighted that we have so many new female Fellows. While I hope this means that the tide is finally turning for women in academia, there is still much to do to make the research world diverse and open to all.

“With our new Fellows’ expertise and insights, the Academy is better placed than ever to open new seams of knowledge and understanding and to enhance the wellbeing and prosperity of societies around the world. I congratulate each of our new Fellows on their achievement and look forward to working with them.”