The University of Manchester is a proud Silver Supporter of the Manchester International Festival, as such we are working collaboratively on a number of flagship events as part of MIF21. Both students and academics are involved in the Festival, which takes place from 1-18 July and spills across the city, from Manchester Central to Piccadilly Gardens. 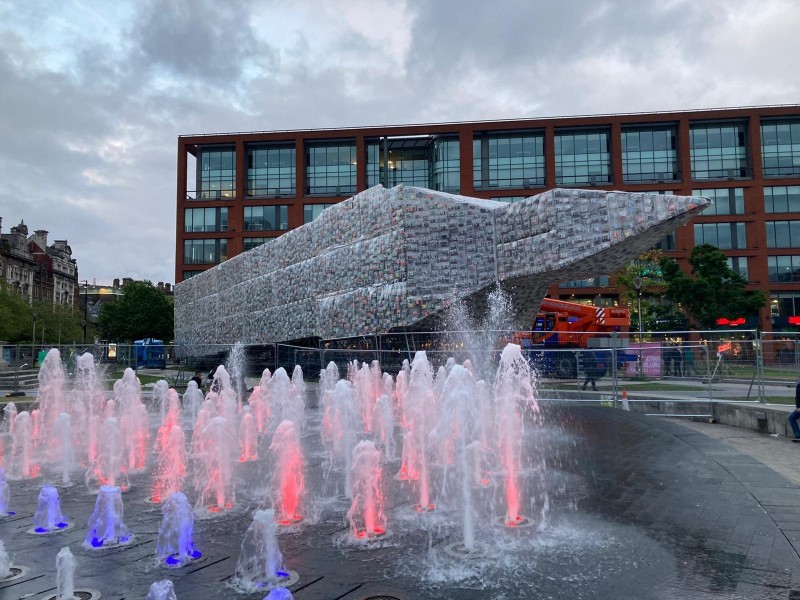 The latter, Piccadilly Gardens, is the location of a monumental participatory artwork entitled The Big Ben Lying Down with Political Books. Covered in 20,000 copies of books that have shaped British politics, this colossal 42m replica of Big Ben will inspire new conversations about what we value, drawing from Manchester’s unique and independent spirit. Our students have been involved in the project at an operational level, helping with the finishing touches of the structure. They’ve also been researching the political and activist books connected with the project, alongside academics and researchers from the John Rylands’ Special Collections team. 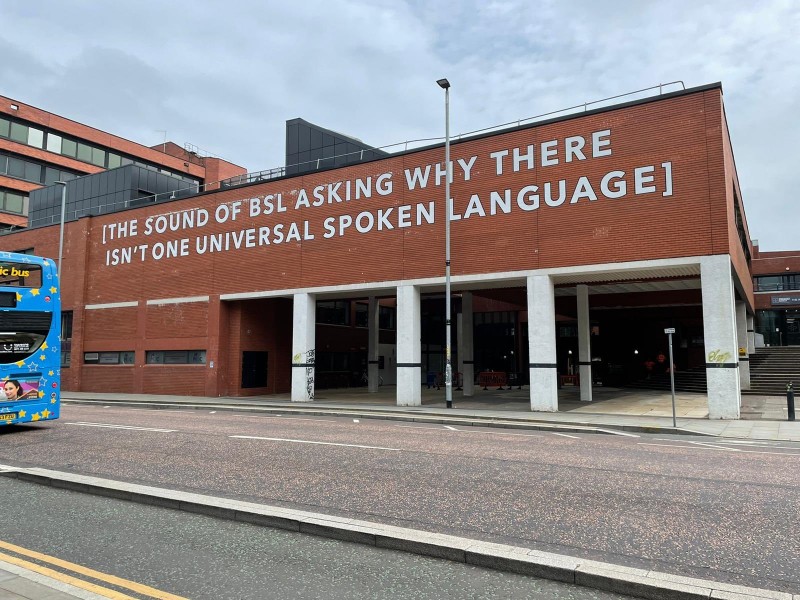 The University is also involved with Captioning the City, unique and innovative public artwork designed by Christine Sun Kim. All across the city of Manchester, playful, political and powerful captions have been installed on streets and buildings. The University’s Crawford House building, home to the Manchester Deaf Centre, is one of many iconic locations across the city displaying captions throughout the festival.

The University is also involved in the launch event for The Walk – a moment of reflection and hope created with refugee communities in the city. An epic cultural journey across Europe transcending borders, politics and language, The Walk is centred on Little Amal, a 3.5-metre puppet of a nine-year-old refugee girl who is setting out from the Syria-Turkey border in July on an 8,000-kilometre odyssey to Manchester in search of her mother. Little Amal represents displaced children around the world, many separated from their families and all more vulnerable during the pandemic. The University will host a suite of offshoot events surrounding this launch, including a thought leadership panel event with academics, city leaders and the Creative Producer of The Walk.

More details about these offshoot events will be announced soon. In the meantime, head over to MIF’s website to explore the full programme for this year’s Festival.