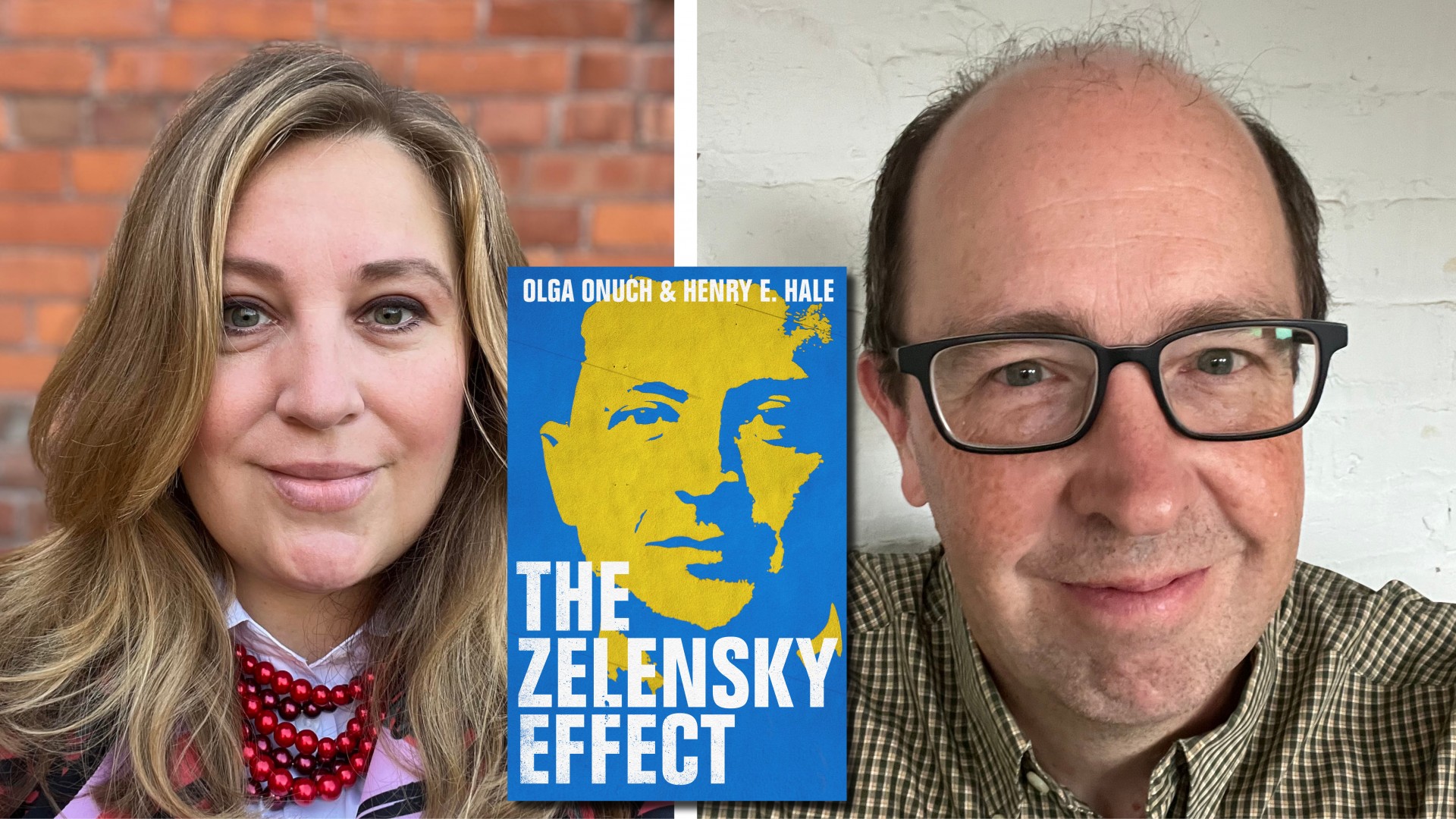 As Ukrainians mark the 31st anniversary of their 1991 vote for independence, a new book has been released which argues that western nations underestimated the strength of Ukraine’s civic national identity when Russia began their invasion earlier this year.

In The Zelensky Effect, Dr Olga Onuch and Professor Henry E. Hale say it is not possible to understand the historic events of 2022 without first understanding Zelensky and the civic nation he embodies.

The book explores Ukraine’s national history to show how its now-iconic president reflects the hopes and frustrations of the country’s first ‘independence generation’. Interweaving social and political background with compelling episodes from Zelensky’s life and career, the book is the story of Ukraine told through the journey of the man who has come to symbolise his country around the world.

It explains what happens when a leader works creatively and consistently to shore up what social scientists call ‘civic national identity’, an inclusive version of who belongs to the nation, and links it to democratic, pro-European and liberal values.

It is also about the ability of Zelenksy himself to double down on this civic sense of duty, mirror it in his actions, and motivate ordinary Ukrainians to rally in support of their state and democracy – in turn creating a generation of citizens fiercely attached to Ukraine’s democratic future.

The book makes clear that this is not simply Zelensky’s doing alone, by demonstrating that he is a product of a political culture steeped in the same sense of civic national belonging and duty that he advocates, advances and symbolises.

The authors say that Ukraine was not the ‘divided nation’ sometimes portrayed in the west before February, and for this reason any efforts to persuade the country to negotiate over territory with Russia are a non-starter for Ukrainians - after months of war, they are still steadfast on the need to restore full control of their country.

Support for democracy in Ukraine has grown from 39% to over 70% of the population under Zelensky’s presidency, and has been maintained in spite of a multitude of hardships.

They also point out that Zelensky - a Russian-speaking south-eastern person of Jewish heritage who spent many years working in Russia - is just the sort of person that Vladimir Putin thought would not care enough about the Ukrainian nation to fight for it.

Ukrainians have been rallying around their civic identity since 1991, and the largest gains have been in the Russian-speaking south-eastern parts of the country. 80% of Ukraine’s population is actively engaged in the war effort, which is remarkable – our book is the story of the civic nation that made Zelensky.

“Drawing on years of research on Ukrainian politics and society, this timely study paints a fuller picture of Zelensky and the conditions that made him who he is today, and deserves a wide readership at this critical moment in European history,” said Gwendolyn Sasse, Director of the Centre for East European and International Studies.

For more information about the book, visit www.hurstpublishers.com/book/the-zelensky-effect.