Three University of Manchester academics have been recognised for their “outstanding” work at this year’s Advance HE Teaching Excellence Awards for Higher Education.

Professor Jackie Carter and Drs Senathirajah Ariyaratnam and Bhuvaneswari Krishnamoorthy have all been named National Teaching Fellows (NTF). The NTF scheme celebrates and recognises individuals who have made an exceptional impact on student outcomes and the teaching profession in higher education.

This year is the 20th anniversary of the scheme and just 56 fellows from Universities nationwide have been named. Each institution is limited to just three nominations with all of Manchester’s contenders winning the award this year making it a full house. It is the first time this has ever happened for the University.

Prof Carter (below) is a Professor of Statistical Literacy in the School of Social Sciences. She says one of her major accomplishments is developing a living-wage paid work-placement programme.

The scheme sees students undertake a two-month long summer internship in a host of major organisations. These range from local and national government departments to media organisations (BBC, The Times), and even the World Bank. The programme has seen 250 social science and humanities undergraduates benefitting in just six years.

Prof Carter says she passionately believes that we learn skills through practising them, and that applied social research can be undertaken by undergraduates, given the chance. Today she is empowering her own students to become critical data consumers and well-informed citizens. 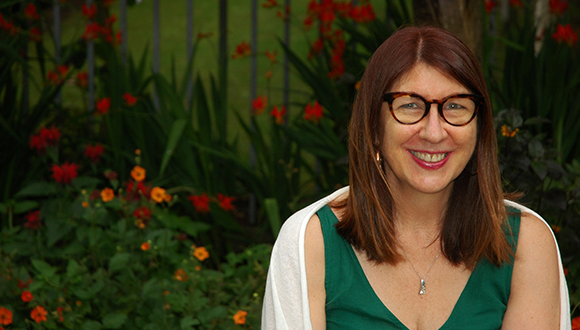 Dr Senathirajah Ariyaratnam (below) is a clinical Senior Lecturer and Academic Lead for the Oral Medicine Teaching and Learning Programme at the University. He has 40 years of national and international teaching and clinical experience.

He is an internationally renowned teacher with special interests in developing innovative curriculum, student-led course models, exploring service learning based pedagogies to integrate social responsibility in mainstream teaching and learning and globalising the innovations.

Through his Humanising Dentistry initiative Dr Ariyaratnam has successfully integrated the service learning pedagogy throughout the curriculum which resulted in combatting dental health inequalities in hard to reach communities, both nationally and globally, whilst producing socially responsible graduates. 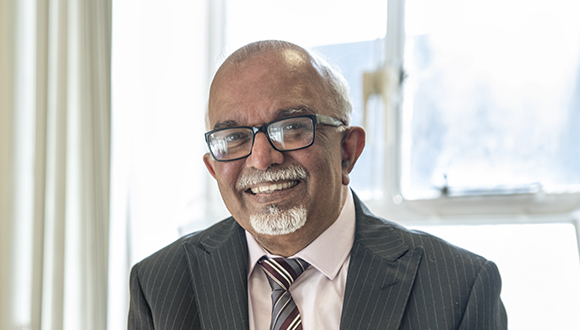 Dr Bhuvaneswari Krishnamoorthy (below) is a postdoctoral, National Institute of Health Research Fellow working across the University of Manchester, Edge Hill University and the Manchester Foundation Trust hospital to bridge the gap between clinical teaching and academic research. She is also the President of Association of Cardiothoracic Surgical Care Practitioner, National Education Chair for the Royal College of Surgeons Edinburgh (Speciality advisory group for cardiothoracic surgery and Education Committee) and Society of Cardiothoracic Surgeons for all Nurses and Allied Health Professionals in GB.

She says working across three organisations has taught her a lot about the ethos of different types of learners, cultural differences, and different teaching environments. Dr Krishnamoorthy has taught more than 1500 students globally and says her vision is to promote inter-professional teaching in multidisciplinary teams which translates to creating better practice. 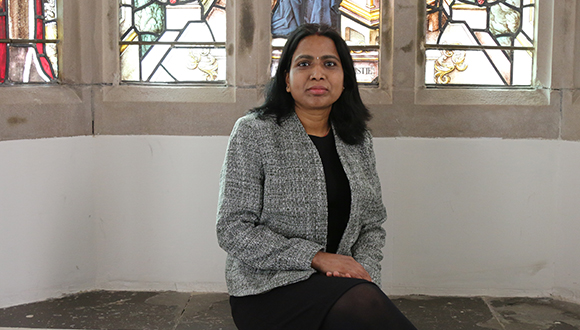 The University's Justice Hub was also nominated for the Collaborative Award in Teaching Excellence (CATE) prize in recognition for its work in the local community. The Hub, which is based in the School of Social Sciences, is the home of a range of projects based at University that are making a real change in the community, such as The Legal Advice Centre and Dementia Law Clinic.

Vice-President for Teaching and Learning, Professor April McMahon, said: “First and foremost I’d like to congratulate all our individual winners for their outstanding work. Their teaching practice shows flair, passion and commitment to students, and this prestigious award is a testament to their dedication.

“For our University to have not one, but three National Teaching Fellows in a single year, and from such diverse discipline areas, demonstrates the strength, depth and innovation of our teaching and learning provision here at Manchester. It really is something special to celebrate.”

Alison Johns, Advance HE CEO, said: “I am sure I am joined by the entire sector in congratulating the 2020 NTFS and CATE awardees. All of the winners should be extremely proud of their achievement of what are prestigious, national teaching awards. Their work epitomises the outstanding commitment to teaching in the UK higher education sector, which this year has been more demanding than ever before. Well done to each and every one of them.”

For our University to have not one, but three National Teaching Fellows in a single year, and from such diverse discipline areas, demonstrates the strength, depth and innovation of our teaching and learning provision here at Manchester.