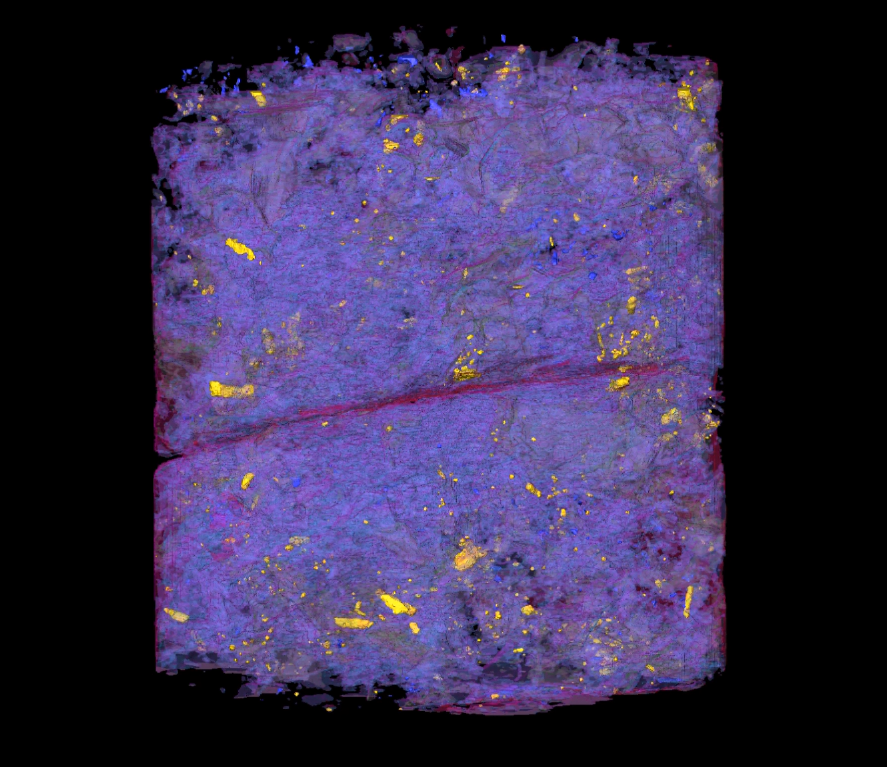 Research published today by a UK-based team of scientists has shown for the first time that the mobility of potentially harmful contaminants in crystalline rocks over long periods of time may be severely limited due to the presence of tiny crystals, meaning contaminant movement is likely to be focussed to water-bearing fractures only.

Movement of contaminants through rocks below ground can act to spread contamination, an issue relevant to the geological disposal of some wastes. We undertake studies to enhance our understanding of how this process works, reduce uncertainties and further consider any potential risks it could pose.

These new results shed light on the difficult problem of how contaminants may move over extremely long time periods and should improve our ability to calculate long term risks.

This study, published in the journal Scientific Reports, analysed crystalline (granite) rock samples from an underground system in Japan and the results imply that in many cases the importance of ‘rock matrix diffusion’ may be minimal. Additional analyses of a contrasting crystalline rock system (Carnmenellis Granite, UK) corroborate these results.

These findings led by The University of Manchester, which apply to long-lived systems, build on previous laboratory and field studies over short periods of time which also suggested that contaminant mobility in crystalline rocks, such as granite, will be limited to short distances in parts of the rock that are away from large fractures.

This new work has examined rocks from ancient crystalline rock systems in Japan and the UK to show that even over long periods of geological time the movement of elements within such crystalline rock is indeed small, in large part because the formation of large quantities of small crystals during the aging of the rock acts to seal small openings and limit fluid access to only a few millimetres of the rock bordering fractures.

We set out to test exactly what we could resolve in terms of fluid access to the matrix of these rocks and we were amazed at the extremely limited volume involved. But what was most amazing to us was the distribution of tiny crystals of carbonate minerals throughout what we usually think of as a uniform block of crystalline rock.

Professor Roy Wogelius, the senior author on this paper, commented: “We set out to test exactly what we could resolve in terms of fluid access to the matrix of these rocks and we were amazed at the extremely limited volume involved. But what was most amazing to us was the distribution of tiny crystals of carbonate minerals throughout what we usually think of as a uniform block of crystalline rock.

“Here, unexpected little crystals of calcite appear throughout the rock plugging up all the tiny openings. These crystals clog everything up and keep most of the fluid in large cracks with no access to smaller openings. This effectively shuts down contaminant access to the rock mass, meaning any contaminant movement would likely focus in rock fractures only. ”

The work was completed by researchers from UK academia (The University of Manchester and the University of Leeds) partnered with the British Geological Survey, two environmental consultancies - Quintessa and NSG - and was funded as part of collaborative work with the UK organisation Radioactive Waste Management.

The Japanese samples were ideal for this study and were supplied by the Japanese Atomic Energy Agency as part of their liaison with UK funded research on this topic.