Tomatoes may combat the damaging effects of radiation 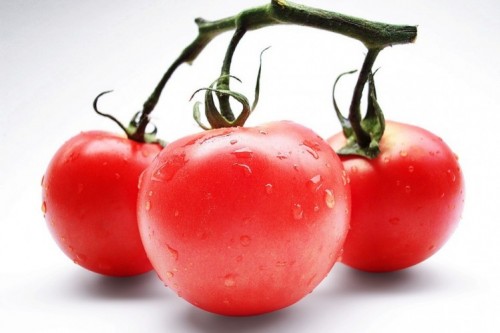 A team of researchers from have discovered that lycopene - the red pigment in tomatoes - is extremely successful at guarding against the harmful effects of radiation.

Dr Ruth Edge from The University of Manchester, together with her colleagues Professor George Truscott from Keele University and Professors Fritz Boehm & Christian Witt from Berlin, undertook a study of lycopene (one of the carotenoids - plant pigments found in many fruits and vegetables) and its effectiveness at protecting against radiation at the University of Manchester’s Dalton Cumbrian Facility, part of the Dalton Nuclear Institute.

Radiation therapy is used to treat a wide range of tumours, but until now, its side effects have constrained its effectiveness. Recently, there has been interest in the possible role of dietary carotenoids in limiting these effects. In addition, interest has grown in identifying dietary counter-measures against nuclear accidents.

The results of the study, published in FEBS Letters, have shown that lycopene is an effective carotenoid at offering protection from the damaging effects of gamma radiation, and that dietary intervention could be useful in efforts to defend people from these effects. A plentiful supply of tomatoes, cooked in oil which helps the body to absorb carotenoids, would be an effective way of adding lycopene to diets. A major finding of the study is that such protective effects are reduced as the oxygen concentration is increased.

“We have shown that lycopene can protect human cells efficiently against gamma radiation at low, but not high oxygen concentrations, and we hope that this effect may allow for improvements in radiation cancer therapy if the oxygen concentration can be increased in solid tumours compared to the healthy surrounding tissue”.

Future studies will look at other dietary carotenoids, as well as mixtures, to determine whether there is also an oxygen effect and to try to increase any protection range observed with oxygen concentration. In addition, the team will also study the oxygen effect using other sources of radiation, such as proton and alpha particle beams from the Dalton Cumbrian Facility accelerator.

Tomatoes may combat the damaging effects of radiation