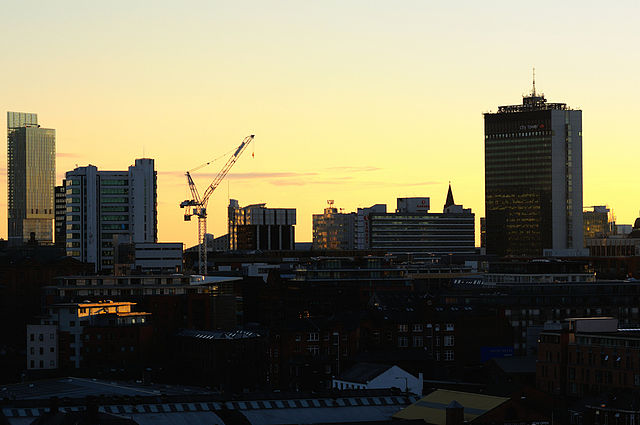 Traffic pollution for most parts of the UK is plummeting thanks to the COVID-19 lockdown but more urban ozone – a dangerous air pollutant which can cause airway inflammation in humans - is probably being generated, say experts from The University of Manchester.

The analysis was led by Hugh Coe, Professor of Atmospheric Composition, plus air pollution expert Dr James Allan from Manchester’s Department of Earth and Environmental Sciences. Their findings have been submitted in response to a call for evidence from the government’s Department for Environment, Food and Rural Affairs (Defra).

According to Manchester research, levels of nitrogen oxides have shown reduction in most locations in the UK during mid-March and April when lockdown has been in full force – but the level of decline ranges from of 20 to 80 percent.

Manchester’s city centre, for example, has seen a 70 per cent reduction in nitrogen oxides.

This drop can be attributed to the recent impact to traffic on the nation’s roads, either private cars or public transport, as citizens were advised to stay at home to help prevent the spread of COVID-19.

“However, there is considerable site-to-site variability with some locations showing far less reduction than others,” said Professor Coe. “In fact, a small number of sites have even shown a modest increase, for example in parts of Edinburgh.

“Whether this is due to changes in the number or type of vehicles now travelling in that particular area, changes in driving patterns or other causes is not clear but the reductions are certainly not uniform.”

For example, levels of nitrogen oxides fall less in rural areas than urban areas; and they are higher in the morning than compared to later in the day. Unlike NO2, there was no evidence of a decrease in PM2.5 - tiny particulates that can make the air appear hazy.

“While these particle are produced by vehicles, they are also known to originate from domestic wood burning and chemical reactions involving emissions from industry and agriculture, so there has been no significant improvement in air quality in that regard,” said Professor Coe.

Observations in cities across the UK show marked decreases in nitrogen oxides but with corresponding increases in ozone during lockdown.

At the same time, the Manchester team speculate that photochemical production of ozone may become more important in urban areas during summertime in these low NOx conditions.

This is an important finding because while ozone is extremely important for screening harmful solar ultraviolet (UV) radiation when present higher up in the atmosphere - it can be a dangerous air pollutant at the Earth's surface. Increasing surface ozone above natural levels is harmful to humans, plants, and other living systems because ozone reacts strongly to destroy or alter many biological molecules.

“Ozone is a strong oxidant and induces a range of health effects such as throat irritation and airway inflammation. It can reduce lung function and as a result worsens diseases such as bronchitis and asthma. In addition to human health impacts, ozone reduces plant growth and hence agricultural yields and chemically ages a wide range of polymers,” explained Professor Coe

He added: “Observations in cities across the UK show marked decreases in nitrogen oxides but with corresponding increases in ozone during lockdown.”

As nitrogen oxides reduce then photochemical production may well become more efficient and can lead to higher ozone concentrations in summertime as higher temperatures increase emissions of biogenic hydrocarbon from natural sources such as trees. These biogenic hydrocarbons significantly affect urban ozone levels.

As a result of the Manchester research government and local authorities will need to be alert to the potential increase in urban ozone during lockdown.

The Manchester team used the government’s Automatic Urban and Rural Network (AURN) to help gather their nationwide data and the University’s own Manchester Air Quality Supersite (MAQS), located in Fallowfield on the University campus. The work is carried out through the Manchester Environment Research Institute, which has a theme dedicated to Pollution, Human Health and Wellbeing.

Nitrogen oxides (NOx) is a generic term that includes nitric oxide (NO) and nitrogen dioxide (NO2) and these gases contribute to air pollution, including the formation of smog and acid rain, as well as affecting tropospheric ozone.