Uber and Airbnb – a new model for sustainable society 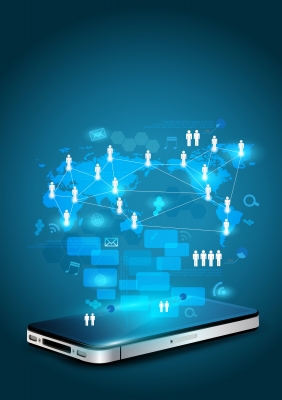 Silicon Valley success stories like Uber and Airbnb can pave the way to a more sustainable global society, according to a new piece of research from The University of Manchester.

The ‘sharing economy’ model, which has seen a boom in the collaborative use of services, has come under criticism for disrupting traditional and independent business activity.

But, while critics argue that it is bad for business, Dr Chris Martin, an environmental social scientist at The University of Manchester, says that this new form of consumption can be rolled out to bolster the sustainability of other day-to-day functions including production, education, banking and transport.

In his new paper, The sharing economy: a pathway to sustainability or a nightmarish form of neoliberal capitalism? published in the journal Ecological Economics today, Dr Martin argues that radically decentralising economic activity and allowing people shared access to services and resources is more than just an economic opportunity for big business and an employment solution for governments.

Dr Martin says: “This decentralised, online model of economic activity has significant sustainability potential but it is currently being overlooked by big players who are focused on the commercial aspects.

“What this piece of work points to is the potential, and the appetite, for a sharing economy that promotes social sustainability, in addition to environmental sustainability and economic growth. The core ideas and technologies behind Airbnb and Uber could also be used to empower citizens and civic society to participate in previously centralised activities, be that more open education, car-pooling or microfinance models in place of traditional banking.”

What this piece of work points to is the potential, and the appetite, for a sharing economy that promotes social sustainability, in addition to environmental sustainability and economic growth.

In his paper, Dr Martin describes taxi giant Uber and holiday rental firm Airbnb as the tip of the sharing economy iceberg. He says that policy-makers, innovators and entrepreneurs need to look beyond the idea of ‘sharing’ just service industries. Rather, they could focus on exploiting the potential of the sharing economy to reduce overall consumption and create a more equitable, sustainable economy and society.

The work is funded by the Economic and Social Research Council.

The sharing economy: a pathway to sustainability or a nightmarish form of neoliberal capitalism? can be accessed via this link.