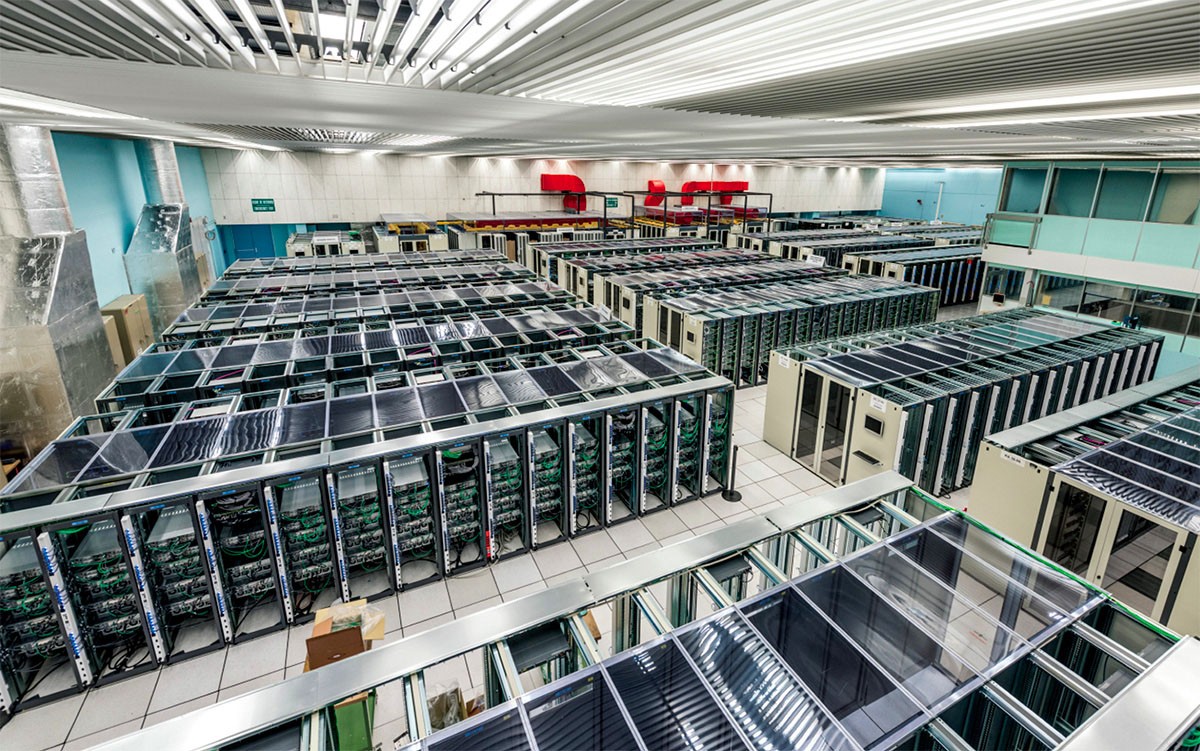 Scientists are developing vital software to exploit the large data sets collected by the next-generation experiments in high energy physics (HEP), predominantly those at the Large Hadron Collider (LHC).

Over the years, the existing code has struggled to meet rising output levels from large-scale experiments.

The new and optimised software will have the capability to crunch the masses of data that the LHC at CERN and next-generation neutrino experiments such as DUNE and Hyper-Kamiokande will produce this decade.

This is the first time a team of UK researchers have been funded to develop a software-based project by the Science and Technology Facilities Council (STFC).

Conor Fitzpatrick, the Deputy Principal Investigator and UKRI Future Leaders Fellow based at The University of Manchester, said: "The data rates we expect from the LHC upgrades and future experimental infrastructure represent an enormous challenge: if we are to maximally exploit these state-of-the art machines, we need to develop new and cost-effective ways to collect and process the data they will generate.

“This challenge is by no means unique to scientific infrastructure. Similar issues are being faced by industry and society as we become increasingly reliant on real-time analysis of big data in our everyday lives. It is very encouraging that STFC is supporting this effort, which brings together and enhances the significant software expertise present in the UK to address these challenges."

The large upgrade will be organised into a set of activities that the UK has leading expertise and experience within - involving work on data management, event generation, simulation, reconstruction and data analysis.

The Particle Physics group at The University of Manchester hosts the Blackett computing facility, which is the largest GridPP Tier 2 computing facility in the UK. This facility provides data processing for the LHC experiments and also hosts IRIS-funded resources, which support non-LHC experiments such as DUNE, SKA and LSST. The SWIFT-HEP project aims to capitalise on the local expertise at UoM to deliver more efficient software algorithms for data processing and simulation in time for the LHC upgrades. This will complement our innovations in distributed computing and further enhance the number and scale of processing tasks performed at Blackett.

The data rates we expect from the LHC upgrades and future experimental infrastructure represent an enormous challenge: if we are to maximally exploit these state-of-the art machines, we need to develop new and cost-effective ways to collect and process the data they will generate.

If scientists used everyday computers to store one exabyte of data they would need almost one million powerful home computers to do it.

Without a software upgrade the need of computing resources for the LHC would be expected to grow six times in size in the next decade. This is not only too expensive in hardware costs and software inefficiencies, but would also imply an increased consumption of electricity. The more efficient software the team will develop will help reduce the usage of computing resources and the carbon footprint of data centre across the world.

The project is to ensure scientists can exploit the physics capabilities of future HEP experiments, while keeping computing costs affordable.

In creating this novel solution, it will lead to the development of skills transferable to the overall UK economy.

The large upgrade will be organised into a set of activities that the UK has leading expertise and experience within - involving work on data management, event generation, simulation, reconstruction and data analysis.

The partners involved in the upgrade include UK universities and STFC’s Rutherford Appleton Laboratory (RAL) and in cooperation with CERN and other international stakeholders. Staff at RAL are involved in the data management work package and in the reconstruction work package, developing tools for the tracking of LHC experiments.

The project’s key milestone for 2024 is to evolve from proof-of-concept studies to deployment, ready for the start of data-taking at the HL-LHC and next generation neutrino experiments, which are expected to dominate the particle physics scene in the second half of the decade.