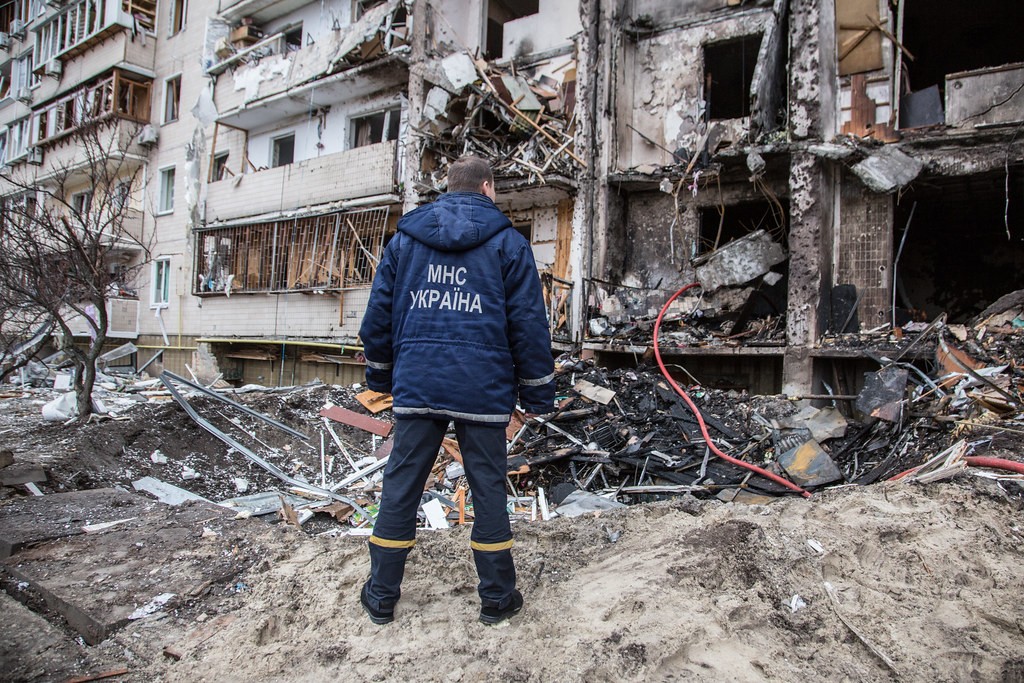 Experts from universities in the UK and the USA have repurposed their research activities to quickly create a system which provides a running account of atrocities taking place in Ukraine, constructed from social media accounts located in the country.

MOBILISE, an existing project about Ukrainians at home and abroad funded by ESRC and ORA, has responded to the humanitarian emergency by combining their expertise with that of three other institutions in the USA. Their quick thinking means they can now document and trace the displacement of people, human rights abuses, humanitarian needs and civil resistance to invasion – all in real time.

The new Data for Ukraine project analyses Twitter data using machine-learning algorithms - it is able to flag important events a few hours ahead of media outlets by demonstrating spikes of credible tweets about certain subjects the team is tracking, as well as mapping where these events take place. It focuses on four areas - humanitarian needs, displaced people, civilian resistance and human rights violations.

Dr Olga Onuch, a Ukrainian Senior Politics Lecturer from The University of Manchester, identified which accounts to monitor and created a list of more than 600 keywords for the system to check. It captures living language - for instance, a protest may be referred to in Ukrainian or Russian with the Soviet-era colloquialism of a ‘meeting’.

She hopes the work can help in two ways: in the moment, by helping aid agencies direct resources to people fleeing fighting, and in the long term, by permanently documenting abuses and atrocities for eventual justice.

In one instance, its tracking of civilian resistance and human rights abuses was able to immediately identify the beginning of a major event - Russian forces firing on peaceful protesters in the southern city of Kherson on March 21 – as it registered as a spike on one of the main graphs on the project’s website.

If they have special or technical knowledge that can be useful, social scientists have a duty in a time of crisis to use it - even if they can’t directly save human lives, they can use it to record what happened.

“It’s an early alarm system for human rights abuses,” explains Ernesto Calvo of the University of Maryland. “For it to work, we need to know two basic things: what is happening or being reported, and who is reporting those things.”

Calvo and his lab focus on the second of those two requirements, and constructed a “community detection” system to identify key groups of Twitter users from which to gather data – meaning that millions of tweets now feed into the system every day.

Erik Wibbels of Duke University handles the project’s natural language processing element, using AI and the keyword list developed by Onuch and others to analyse what the tweets are about; political science Professor Graeme Robertson of the University of North Carolina and his colleagues provide expertise on the region; and scholars from the Kyiv School of Economics are helping to validate the system’s performance.

The war in Ukraine may be the first war to use social media data in this way, but it won’t be the last - analysing social media data is likely to become an increasingly prevalent way to monitor conflicts, as well as other crises and key moments in future history, said Calvo. The tool, and the reports it is producing, also has potential for major impact on policy and human rights documentation procedures in UK and internationally.

For more information about Data for Ukraine, visit https://mlp.trinity.duke.edu/dataforukraine.php#en