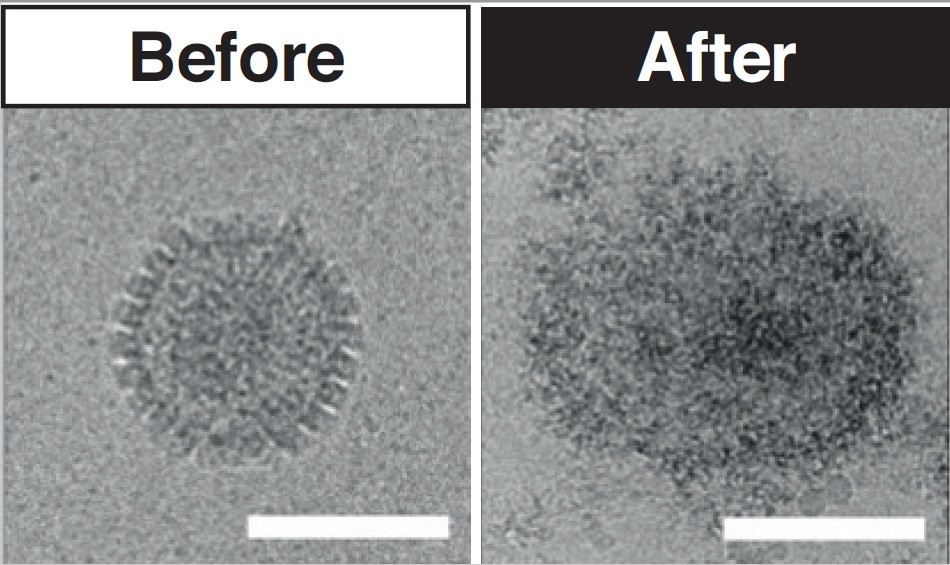 New antiviral materials made from sugar have been developed to destroy viruses on contact and may help in the fight against viral outbreaks.

This new development from a collaborative team of international scientists shows promise for the treatment of herpes simplex (cold sore virus), respiratory syncytial virus, hepatitis C, HIV, and Zika virus to name a few. The team have demonstrated success treating a range of viruses in the lab – including respiratory infections to genital herpes.

The research is a result of a collaboration between scientists from The University of Manchester, the University of Geneva (UNIGE) and the EPFL in Lausanne, Switzerland. Although at a very early stage of development, the broad spectrum activity of this new approach could also be effective against newly prevalent viral diseases such as the recent coronavirus outbreak.

So called ‘virucidal’ substances, such as bleach, are typically capable of destroying viruses on contact but are extremely toxic to humans and so cannot be taken or applied to the human body without causing severe harm. Developing virucides from sugar has allowed for the advent of a new type of antiviral drug, which destroys viruses yet is non-toxic to humans.

Current antiviral drugs work by inhibiting virus growth, but they are not always reliable as viruses can mutate and become resistant to these treatments.

Using modified sugar molecules the team showed that the outer shell of a virus can be disrupted, thereby destroying the infectious particles on contact, as oppose to simply restricting its growth. This new approach has also been shown to defend against drug resistance.

We have successfully engineered a new molecule, which is a modified sugar that shows broad-spectrum antiviral properties. The antiviral mechanism is virucidal meaning that viruses struggle to develop resistance. As this is a new type of antiviral and one of the first to ever show broad-spectrum efficacy, it has potential to be a game changer in treating viral infections.

Publishing their work in the journal Science Advances the team showed that they successfully engineered new modified molecules using natural glucose derivatives, known as cyclodextrins. The molecules attract viruses before breaking them down on contact, destroying the virus and fighting the infection.

Dr Samuel Jones, from The University of Manchester and a member of the Henry Royce Institute for Advanced Materials, jointly led the pioneering research with Dr Valeria Cagno from the University of Geneva. “We have successfully engineered a new molecule, which is a modified sugar that shows broad-spectrum antiviral properties. The antiviral mechanism is virucidal meaning that viruses struggle to develop resistance. As this is a new type of antiviral and one of the first to ever show broad-spectrum efficacy, it has potential to be a game changer in treating viral infections.” said Sam.

Professor Caroline Tapparel from the University of Geneva and Prof Francesco Stellacci from EPFL were both also senior authors of the study. Prof Tapparel declared: “We developed a powerful molecule able to work against very different viruses, therefore, we think this could be game changing also for emerging infections.”

The molecule is patented and a spin-out company is being set up to continue pushing this new antiviral towards real-world use. With further testing the treatment could find a use in creams, ointments and nasal sprays or other similar treatments for viral infections. This exciting new material can work to break down multiple viruses making for cost-effective new treatments even for resistant viruses.

The paper, Modified Cyclodextrins as Broad-spectrum Antivirals, by Jones et al is published in Science Advances.