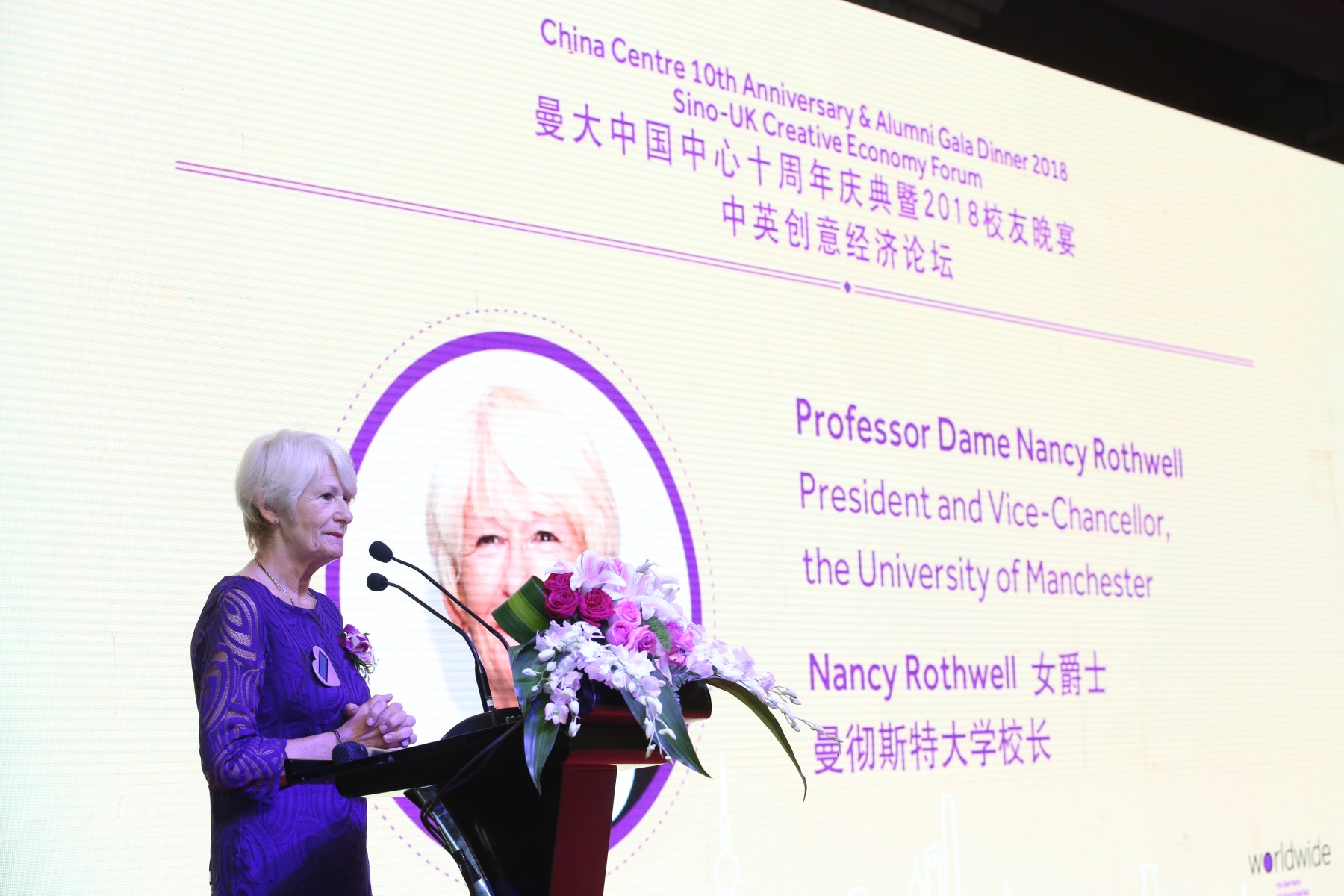 The University of Manchester has celebrated a key milestone with the 10 year anniversary of launching its China Centre in Shanghai.

One of five global hubs and the largest of the University’s overseas Centres, the establishment of the China Centre was recognised by a charity event at the Sino-UK Creative Economy Business Forum, which focused on healthcare, education and art.

Acknowledging the University’s research strengths and its global reputation for innovation, Professor Dame Nancy Rothwell, said: “Manchester has long been a birthplace of creativity. The first computer was created in Manchester and more recently so was graphene. This year, the University launches Creative Manchester – a £3.3 million investment along with collaborative partnerships to support the creative sector.

“Our cultural institutes including the Whitworth, Manchester Museum, the John Rylands Library, the Centre for New Writing, the Institute for Cultural Practices, Multilingual Manchester and Digital Humanities demonstrate a long history of investment in the area.”

There are currently more than 17,500 University alumni in mainland China and more than 4,200 alumni in Hong Kong SAR.

A panel session exploring the creative economy and a souvenir sale which raised funds to support children from under-privileged backgrounds also took place. Entertainment was provided by a choir made up of the children of MBA graduates and their parents.

Professor Rothwell concluded: “In addition to continuously supporting Chinese students on campus and having established the China Centre a decade ago, the University’s engagement in China has enabled joint research and development initiatives with leading universities across China.

“The launch of the Manchester China Institute and the partnerships with Chinese universities successfully illustrates our long-term commitment to China, along with its privilege, responsibility and ability in effectively bridging China and Britain in the field of education.”