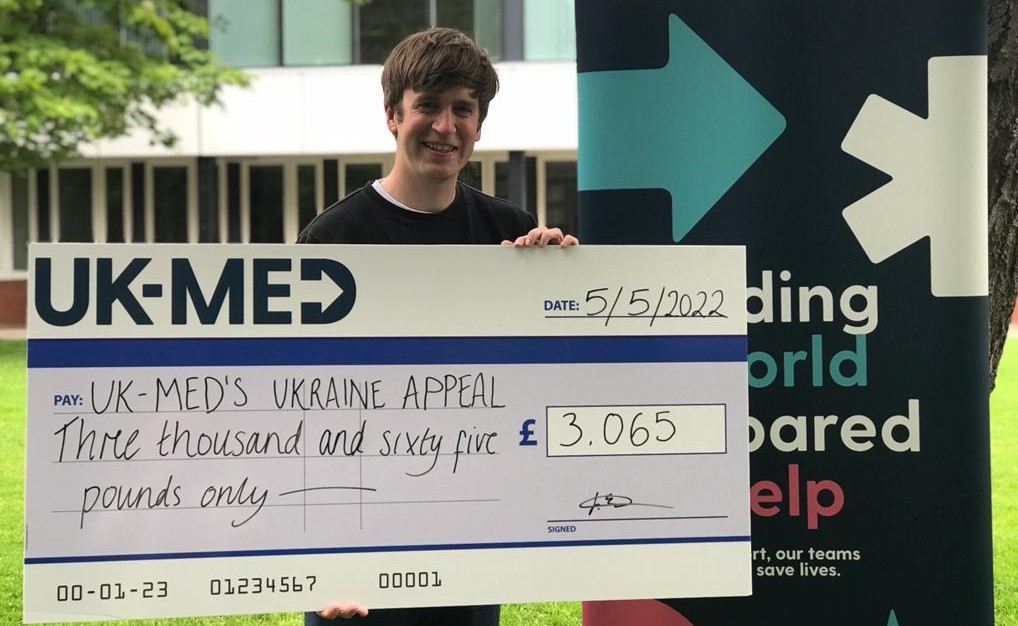 A member of staff from The University of Manchester has completed a marathon cycling challenge, raising over £3000 for UK-Med’s Ukraine Appeal in the process.

News and Media Relations Officer Joe Stafford completed the Ronde van Nederland route in 14 days, cycling a distance of 1600km - the same as cycling from the University to Benidorm as the crow flies. Along the way, he spoke to many people to raise the profile of the work UK-Med is doing, and posted about the journey on social media and his Cycle 4 Ukraine fundraising page.

He quickly found that despite its reputation as a flat country, cycling in the Netherlands is often far from an easy ride – the east can be just as hilly as England in places, and conditions in the rest of the country can be extremely windy.

Joe says: "The last two days were so difficult due to the wind that I could barely stay upright, or even breathe properly at times – it was really tough to complete! But I was so glad that I managed it – the knowledge that I was inspiring people to donate to such a good cause kept me going at the times when I felt like giving up."

He adds: "I met so many lovely people on my journey, and was amazed at how generous the Dutch were – the whole country seemed to be involved in the Ukrainian aid effort somehow, with even the smallest of villages hosting refugee families, fundraisers happening everywhere and Ukraine flags flying from houses and buildings in most places I cycled through.

I had countless inspiring conversations with people who were eager to do their bit to help – it was really uplifting to see how kind and thoughtful people can be. I also got a lot of support from the Dutch media, and briefly became a minor celebrity as people would say they recognised me from the TV or the newspapers! I raised £3,065 in the end, which I still can’t believe – I had no idea I would manage to raise so much. Thank you so, so much to everyone who contributed!

Joe raised funds for UK-Med, a charity based at The University of Manchester which provides healthcare assistance during humanitarian crises around the world. A team of volunteer medics from the charity has set up clinics across Ukraine to provide care for the many people in need, and is also providing support and training for local healthcare staff who are having to respond to situations far beyond anything they’ve ever dealt with before.

“I want to congratulate Joe on his epic challenge to raise funds and awareness of our humanitarian work in Ukraine,” said Jackie Snell, UK-Med’s Interim Director of Fundraising. “Cycling 1600km is no easy feat, and we applaud Joe for his determination to take on this fundraiser!”

“With this donation we can get life-saving medical aid to where it's needed most, and support the rebuilding of a health system overwhelmed by war. We thank Joe and all of his supporters for their incredible generosity.”

For more information about the work UK-Med is doing in Ukraine, please visit their Facebook page. 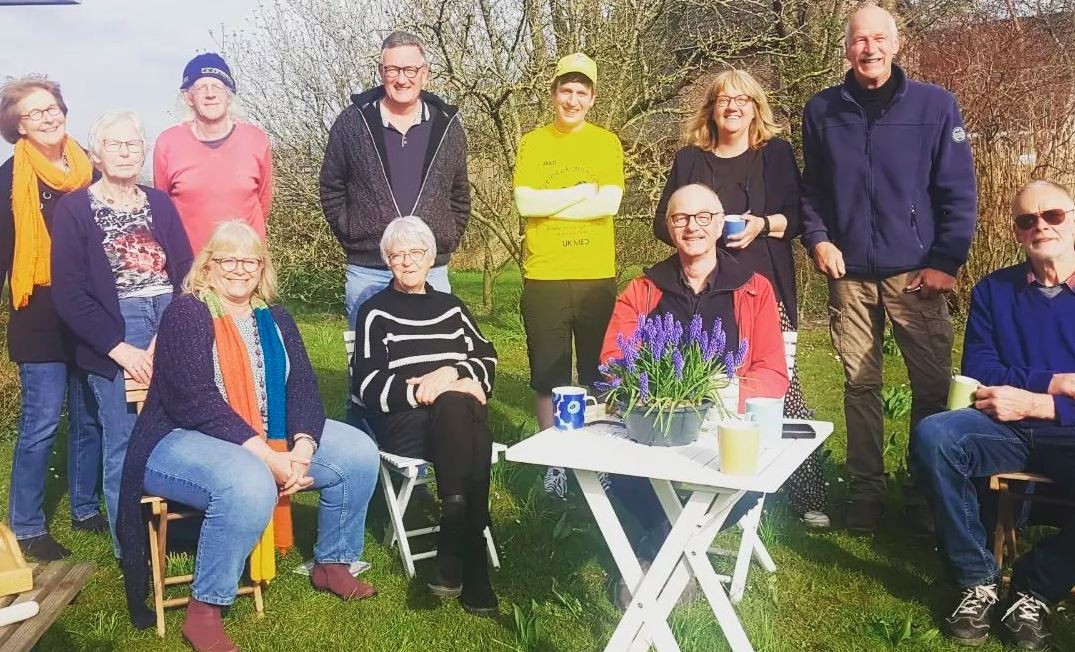