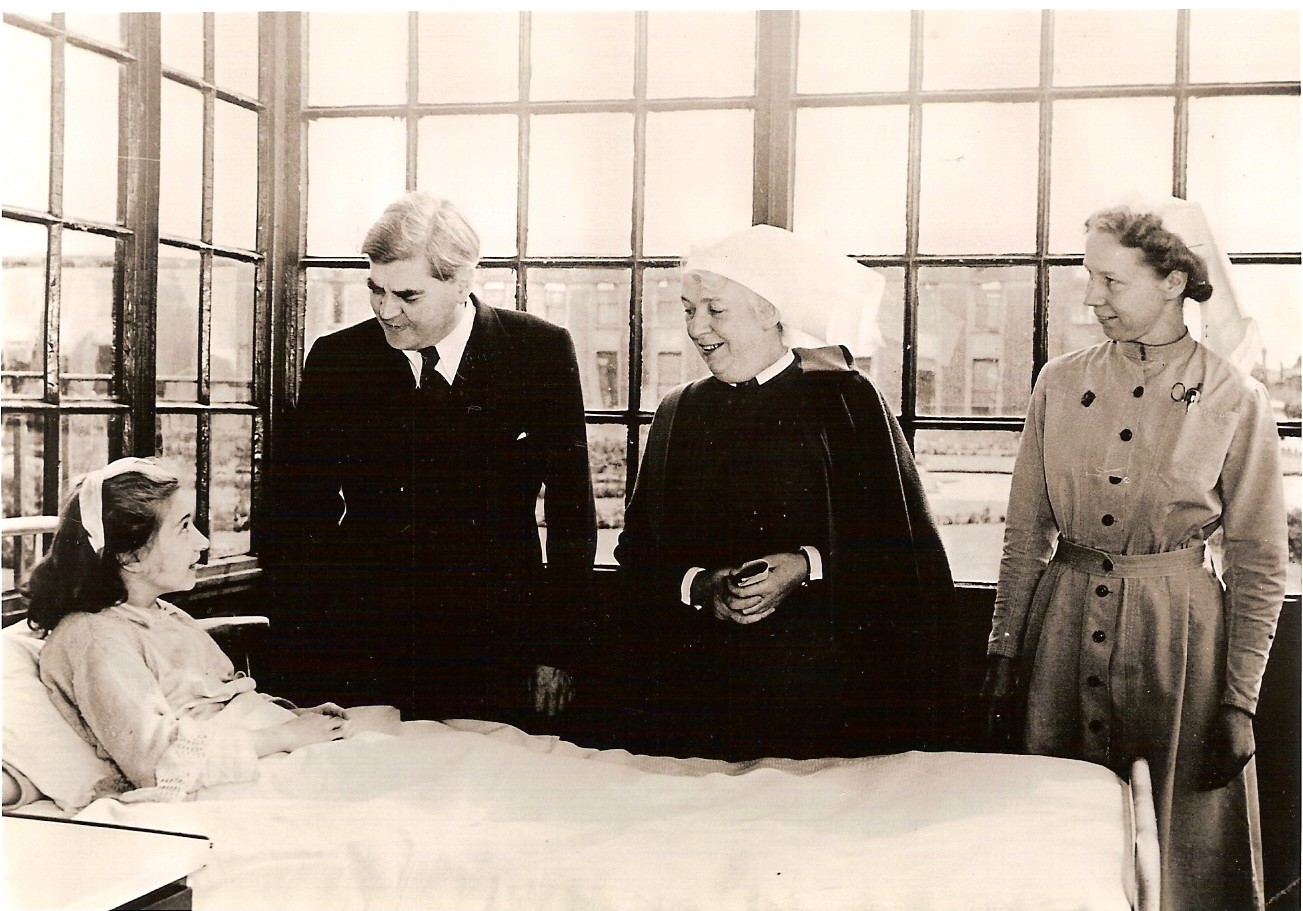 The University of Manchester will create the first shared social history of the National Health Service, marking the institution’s 70th anniversary, thanks to £785k National Lottery funding. The Centre for the History of Science, Technology & Medicine (CHSTM), part of the University’s Faculty of Biology, Medicine and Health, has received initial support* from the Heritage Lottery Fund (HLF) for the ‘From Cradle to Grave: The NHS at 70’ project, it was announced today.

The £785,000 grant will allow the multi-partner project to train volunteers from a range of ages and backgrounds to gather stories from the NHS’s patients and workers as well as politicians and the general public, recording its unique place in everyday, post-war British life.

Many of the health service’s first patients and workers, when it was established in 1948, are now in their 80s and 90s, and the 70th anniversary of the NHS presents one of the last opportunities to record their stories.

160 people, young and old, from all walks of life, will be trained to gather stories and artefacts from the NHS’ 70-year history. 70 young people aged 14-25 will act as Community Reporters, filming stories in their local area. These testimonies, from everyday users and workers in the health service, to key policymakers, MPs and trade union officials, will contribute to a multimedia, publicly accessible record of the NHS, filling existing gaps in its history, and recording the personal stories that make the service so unique.

A major component of the project will be the creation of an innovative new website which will allow the public to submit their stories of the NHS by uploading recordings, photos and documents. The website will act as a hub for existing and previous histories of the NHS.

The project will also create a touring exhibition, a programme of events and 40 minute feature film.

First round funding of £199,100 has been awarded to help CHSTM progress its plans to unlock the full grant at a later date. This initial development work will focus on the North West of England and South Wales, working with Age UK, the Mental Health Foundation, Rethink Mental Illness, the Stroke Association, NHS England and the NHS Confederation.

Commenting on the award, Project Director, Stephanie Snow said: “We are thrilled to have received National Lottery funding. The project has huge potential to transform engagement with the NHS’s history across the UK and beyond through digital tools, and through the contributions of volunteers and communities. The project partnership allows us, for the first time, to work together to create a shared story about the NHS. We urgently need to capture the memories of the first generations who worked and were cared for by this unique institution as they are now in their 80s and 90s. The forthcoming NHS 70th anniversary in 2018 is a perfect opportunity to celebrate its past and reflect on its present and future.”

Ros Kerslake, HLF Chief Executive, said: “This fantastic project will capture the rich heritage of the NHS, as it reaches its 70th birthday. We were particularly impressed by the number and range of people who will be involved in the project, receiving training to capture and present the story of this much loved national treasure for future generations.”

Chris Larkin, Regional Director at the Stroke Association, said: “We’re thrilled to be working with the University of Manchester on such an exciting and important piece of work. We’ll be supporting stroke survivors from our local services to become volunteer reporters and share their experiences of the NHS. It’s wonderful that stroke survivors will have such a vital role in helping to document and celebrate the history of the NHS.”

We are thrilled to have received National Lottery funding. The project has huge potential to transform engagement with the NHS’s history across the UK and beyond through digital tools, and through the contributions of volunteers and communities.

Heidi Bennett, Chief Executive Officer, Bridgend Association of Voluntary Organisations, said: “BAVO is delighted to be part of this multi-national project celebrating the 70th Anniversary of the NHS as a crucial and unique health service.  We will be working with the University of Manchester to recruit local volunteer interviewers and storytellers via our Volunteer centre in the near future”.

Iris Elliott, Head of Policy and Research at the Mental Health Foundation, said: “Founded in the aftermath of the second world war, Mental Health Foundation will be celebrating our 70th birthday in 2019; and we have recently interviewed two of our founders now in their 80s and 90s. It is vital that the first generation’s visionary contributions to the health of our nation is celebrated. We welcome this opportunity to ensure that mental health is central to this national heritage.”

Niall Dickson, Chief Executive of the NHS Confederation, which represents health organisations in England, Wales and Northern Ireland, said: “The 70th birthday will be a great opportunity both to celebrate past successes of the NHS and plan for a vibrant and exciting future. This project is great news and the funding is a mark of the high regard with which Manchester is viewed in healthcare. We look forward to working with colleagues in the University to take forward this important work.”

Frances O’Grady, General Secretary, TUC, said: “The NHS is the people’s health service. It is a bond between all of us - patients, staff and communities. Everyone has a story about how the NHS changed their lives. Those stories need to be told, need to be captured and celebrated. We’re delighted to be involved with this project and can think of no better way of celebrating the 70th anniversary of the NHS than bearing testimony to the millions of people that have contributed to this wonderful national institution.”

Antony Tiernan, Director of Engagement and Communications NHS70 said: “The NHS is undoubtedly one of Britain’s most loved institutions and we’re looking forward to marking its 70 birthday next year. All of us have stories to tell about how the NHS has touched our lives and we’re delighted to support the University of Manchester to record and share them, in particular the people who worked for, or were cared by, the NHS when it was launched in 1948.”