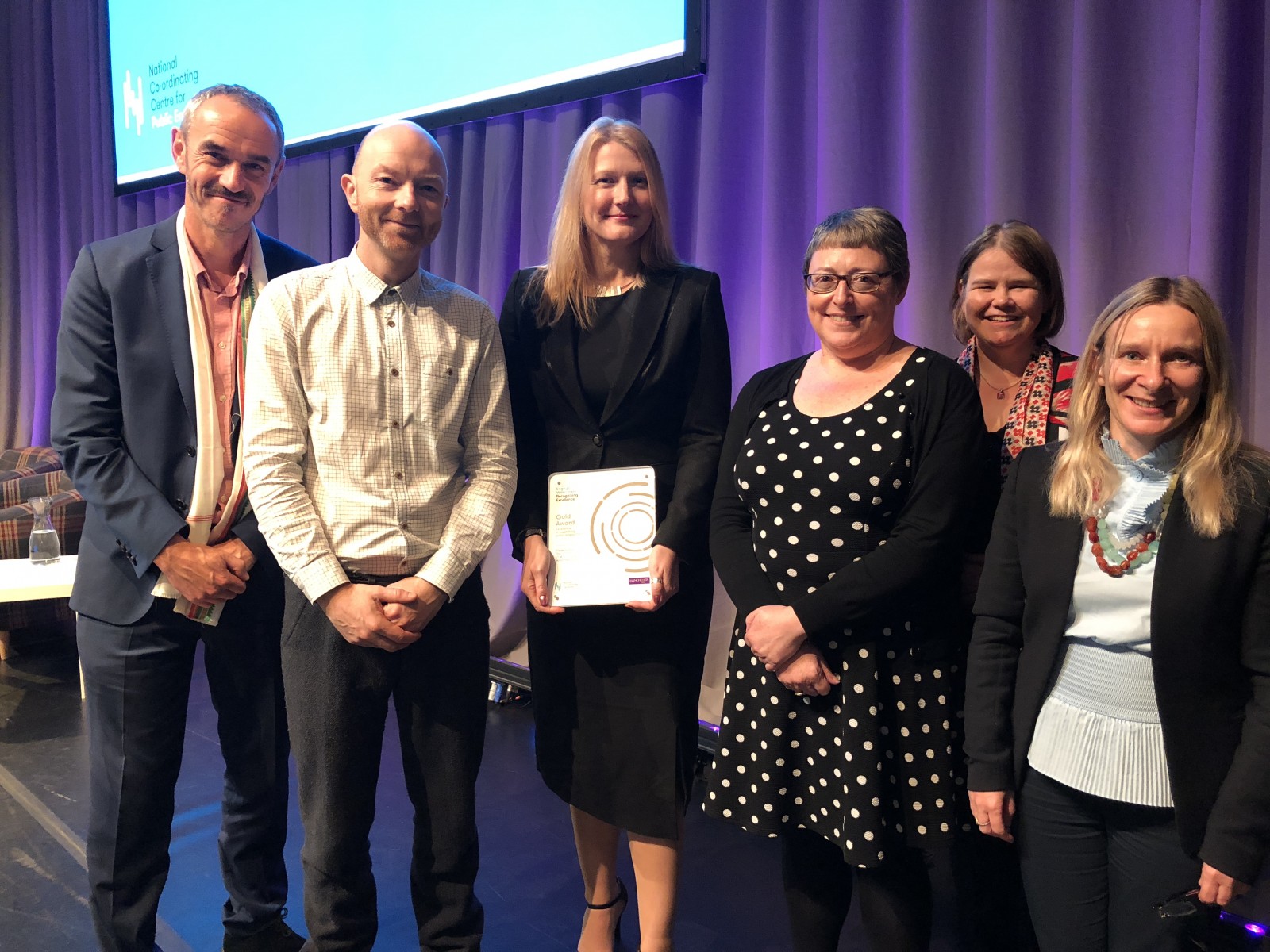 The University of Manchester has been awarded a Gold Watermark for the effectiveness of the ways in which it works to engage society with its activities in research, culture and teaching.

Winning a gold Engage Watermark is the highest honour that can be awarded to an institution and recognises ‘exceptional strategic leadership of public engagement; high standards of professional support; and excellence in partnership working’.

Awarded by the National Co-ordinating Centre for Public Engagement (NCCPE), the Engage Watermark has been launched as a charter mark for universities that assesses their support for public engagement across all aspects of their work. The Watermark was announced at the NCCPE Engage Conference in Edinburgh on 29 November.

The award followed a rigorous assessment involving staff from across the campus, and partner organisations working with them. It award recognises the strategic support for public engagement across the University, as well as plans to develop this work in the future.

At Manchester this includes a whole host of public facing events such as Science X – an event held annually at the intu Trafford Centre – and Bluedot Festival – a science and music festival at the world-famous Jodrell Bank.

The University also actively encourages staff to involve the public in research: including in ageing (see case study below), mental health and The Britain Breathing citizen science project.

The University’s commitment to ‘making a difference’ through its public engagement is an example to all – and we hope they will inspire others to do the same.

Professor Dame Nancy Rothwell, President and Vice-Chancellor of The University of Manchester said: “I am delighted we have been awarded a Gold Watermark for our work on public engagement, which is a key part of our social responsibility agenda. This recognises the excellent track record we have for delivering and supporting public engagement and our ambitious plans to embed this work further.”

Paul Manners, Director of the NCCPE said ”Since the early days of the NCCPE we have been championing a culture in higher education where public engagement can thrive. The Engage Watermark offers a benchmarking opportunity for institutions to evidence their commitment and achievements – combined with intelligence gathering to inform their future planning.

By 2030, two-thirds of the world’s population will reside in cities, with at least one-quarter of their populations aged 60 and over. In response the World Health Organisation has initiated the creation of 'age-friendly cities and communities’ and the city of Manchester has signed up to be an age-friendly city.

The project aimed to identify the issues older residents and community stakeholders view as important in developing the ‘age-friendliness’ of their neighbourhood by working with older people as co-researchers to promote evidence-based policy making and practice at the local level, eventually leading to an improvement in the quality of life in low income neighbourhoods.

To ensure vulnerable groups of older people living in low income neighbourhoods were involved in identifying areas in need of improvement and developing initiatives for community change; older people were recruited and trained as co-researchers. They took a leading role in the design, implementation, analysis and dissemination of the research. The 17 co-researchers conducted 68 qualitative interviews with socially isolated older people living in low-income neighbourhoods in Manchester, who were experiencing isolation, poverty and/or health problems.

Evaluation of the project was carried out through a series of audio-recorded ‘reflection meetings’ with the older co-researchers with the aim of discussing and analysing issues raised in the development of their research programme. It highlighted various opportunities including how participation created a sense of ownership and made the involvement of older people more visible. The co-researchers produced a guide to the work they did and the benefits of participation and of the research interview process.

The project led to tangible policy outcomes for the City Council to advance ‘age-friendly’ communities, for example the reinstating of a bus service. The project won the NCCPE’s Engage Award 2016 for Working in Partnership and Dr Buffel, key research lead, was invited to speak at the UN Conference and the project was commended by the World Health Organisation.