The new book explores how the architecture of nanoscience labs affects the way scientists think, interact and collaborate. 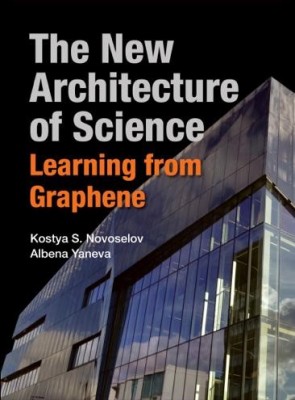 The unique design of the National Graphene Institute in Manchester, UK sheds light on the new generation of 21st-century science buildings. In their new book, lead scientist Kostya Novoselov and architectural anthropologist Albena Yaneva demonstrate that such contemporary laboratory buildings are vital settings for the shaping of new research habits, ultimately leading to discovery and innovation.

The release addresses questions such as: How does the architecture of scientific building matter for science? and How does the design of spaces such as labs, workshops and more affect how scientists think, experiment and collaborate?

Over the past three decades, the research on science buildings has focused either purely on the technical side of lab design or on the human interface and communication aspects. Weaving together two tales of the National Graphene Institute, Novoselov and Yaneva combine an analysis of its distinctive design features and complex technical infrastructure with an ethnographic observation of the practices of scientists, facility managers, technicians, administrators and house service staff.

Prof Sir Kostya S Novoselov FRS is a Langworthy Professor in the School of Physics and Astronomy, the Royal Society Research Professor at the University of Manchester and the Tan Chin Tuan Centennial Professor at the National University of Singapore. He received the Nobel Prize in Physics in 2010 (together with Andre Geim) for their pioneering work on graphene. He was the leading scientist behind the design and development of the National Graphene Institute, working closely with the architects.

Prof Albena Yaneva is Professor of Architectural Theory at the University of Manchester and Lise Meitner Visiting Chair at the University of Lund. She is the author of: The Making of a Building (2009), Made by the OMA: An Ethnography of Design (2009), Mapping Controversies in Architecture (2012) Five Ways to Make Architecture Political. An Introduction to the Politics of Design Practice (2017), Crafting History: Archiving and the Quest for Architectural Legacy (2020). She is the recipient of the Royal Institute of British Architects President's award for outstanding university research (2010).