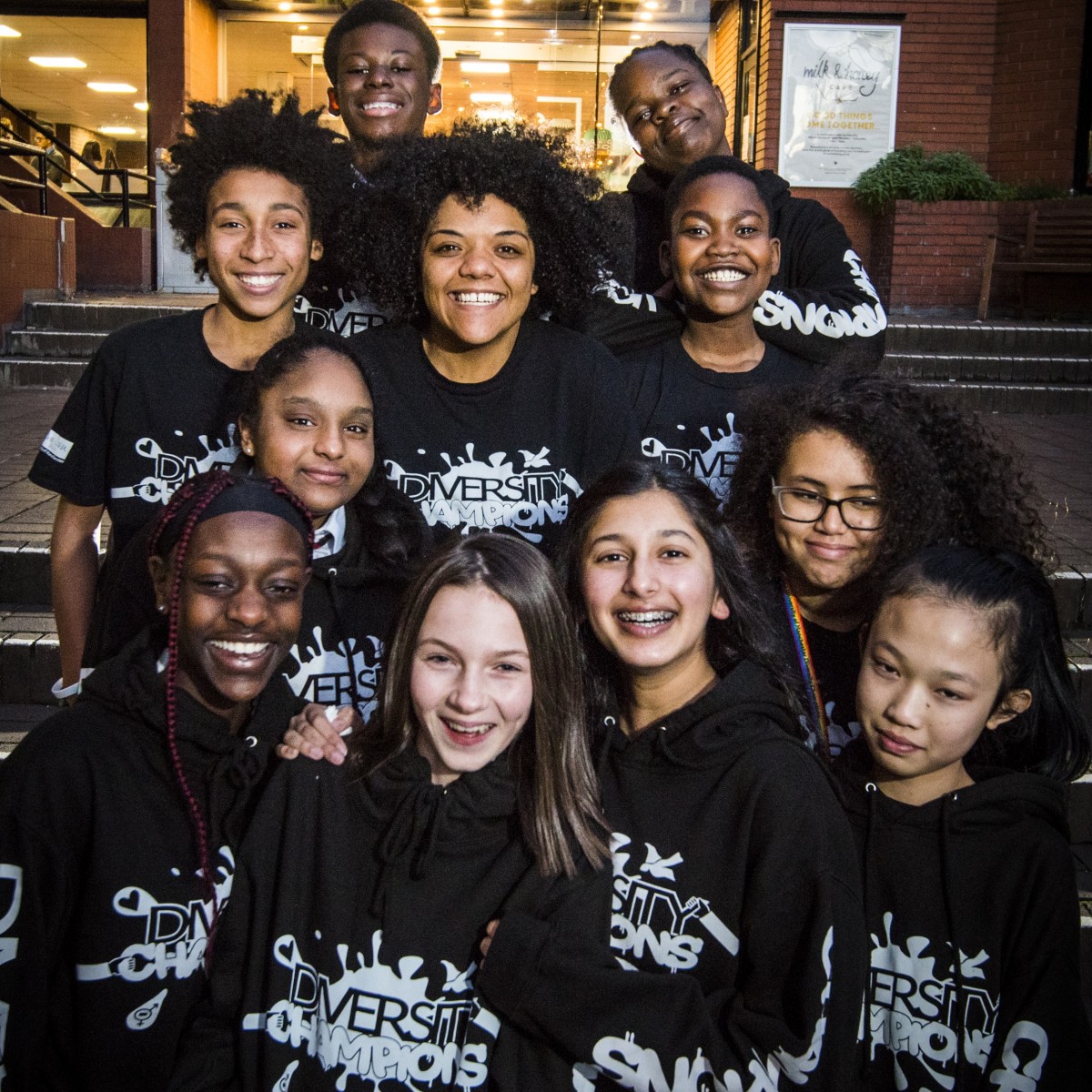 A community project based at The University of Manchester has won the Equalities category of this year’s Spirit of Manchester Awards.

The project – Diversity Champions Manchester – was established after the surge in hate crimes which followed the Manchester Arena attack. It seeks to improve the understanding of hate crime among schoolchildren and young people aged 13 – 15, and give them the skills they need to tackle it in their community.

A secondary aim of the project is to educate young people about historical discrimination, which has included organising trips abroad to visit Holocaust memorial sites such as Auschwitz. On their return, the participants organised Diversity Days on their schools and campuses, which included workshops and presentations to peers and teachers.

Over 4,000 pupils across the Manchester area have taken part in activities through the Diversity Days. The Diversity Champions have also taken part in events organised by the United Nations, and spoken in the Houses of Parliament.

Catherine Millan, one of the project leaders from the University, said; “The Diversity Champions project has had such a profound impact not only on my career but also my life. It has enabled me to work with some fantastic people and organisations who are genuinely invested in equipping the future generation with the right skills and knowledge to reduce hate crime across Manchester.”

I am extremely grateful that the people of Manchester believe in what we are trying to do and achieve.

She continued; “The young people who have participated have become so invested in this movement and every time we get together I just feel inspired and compelled to do more. Winning the Spirit of Manchester award was a huge shock, we were up against some fantastic projects and I am extremely grateful that the people of Manchester believe in what we are trying to do and achieve.”

Dr Julian Skyrme, Director of Social Responsibility at the University, said; “The project has gone from strength to strength, connecting the work of the University, our students and local school children in challenging prejudice, hate crime and discrimination in their educational settings.”

The Spirit of Manchester Awards are organised by Manchester Community Central (Macc), and have been running since 2013. They celebrate work done in the city’s voluntary, community and social enterprise sectors. The Equalities Award recognises the work being done to address equalities issues and challenge discrimination in issues concerning race, disability, gender identity, sexual orientation, faith or other issues for which people experience discrimination.

This year’s Awards Ceremony was held on 3 October in the Sheridan Suite.