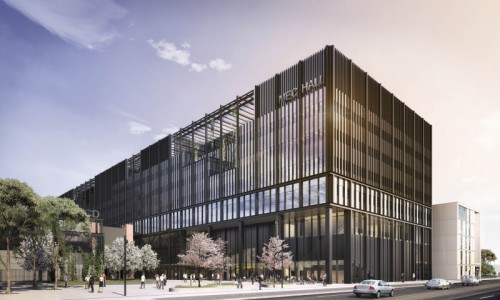 Announced last year, the Manchester Engineering Campus Development (MECD) will be one of the largest single construction projects ever undertaken by a higher education institution in the United Kingdom. The development will transform the way in which the University educates future engineers with inspiring, modern facilities. At 195 metres long, the development’s main building - MEC Hall - could easily accommodate Manchester’s tallest building, Beetham Tower, laid sideways.

The development – due to be completed in 2020 – is part of the University’s £1 billion campus masterplan to create a world-leading campus. This flagship project will bring together a multi-disciplinary engineering and scientific community and consolidate the University’s student campus around Oxford Road. Located opposite the National Graphene Institute on Booth Street East and adjacent to the Manchester Aquatics Centre, the new site will act as a gateway between the existing University campus and the city.

The new campus will heighten the visibility and accessibility of the University’s world-changing engineering and applied science activity, and facilitate strong engagement with industry, local schools and the wider public.

It will help demonstrate how UK engineering is one of the most creative industries in the world with a focus on users building, making and doing. A key feature on the ground floor of the main hall will be dedicated ‘maker spaces’: dynamic workshops in which students and academics will share ideas and work together. The scheme boasts flexible labs, bespoke project areas and interactive learning environments to support innovation, creativity and collaboration on a completely new scale. 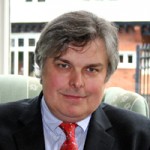 “This exciting new campus development is a once in a lifetime project that builds upon Manchester’s proud heritage of innovation and discovery across engineering and science that began with the establishment of the Manchester Mechanics’ Institute in 1824. MECD brings Manchester Engineering into one building as a focus for interdisciplinary teaching and research. We will train the engineers of the future and discover and apply new knowledge to help industry and society to increase wealth and employment and to overcome global challenges of climate change, finite natural resources and changing world markets.”

Professor Martin Schröder, Vice-President and Dean of the Faculty of Engineering and Physical Sciences
„

Architects Mecanoo, responsible for Manchester’s HOME, have been appointed to the project. Francesco Veenstra, Partner at Mecanoo and Design Team Leader for the project said: “Integrating architecture, interior and landscape, we have designed a campus that will deliver a first class teaching and research environment which will assist The University of Manchester’s ambition in becoming one of the top 25 research universities in the world."

Once complete, the Manchester Engineering Campus Development will become home to the University’s four engineering schools and two research institutes from the Faculty of Engineering and Physical Sciences. It will include extensive, modern teaching spaces and facilities that reflect the changing demands of students and staff for mobile and flexible working. Cutting-edge technologies will enable students across all disciplines to engage with new modes of teaching.

Demolition on the site is currently under way, and main construction works are scheduled to begin later this year.