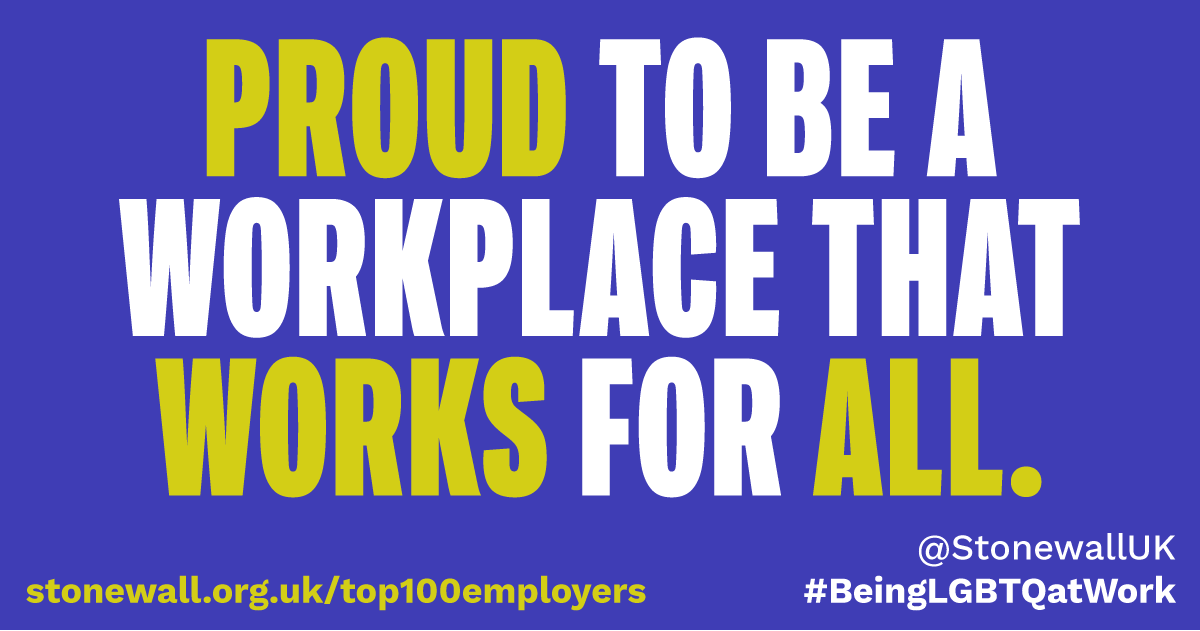 The University of Manchester has been recognised for its continued commitment to inclusion of lesbian, gay, bi, trans and queer/questioning people in the workplace by being named 22nd in Stonewall’s 2022 list of the top 100 employers for LGBTQ+ people, and well as its ALLOUT staff group winning an award.

The list ranks organisations on their commitment to creating welcoming environments for their lesbian, gay, bi, trans and queer staff. They are ranked by a set of criteria which includes ensuring HR policies are inclusive of LGBTQ+ people, as well as supporting and celebrating their identities in the workplace.

According to the charity’s research, more than a third of LGBTQ+ staff hide who they are at work, while one in five have been the target of negative comments because of their sexuality or gender identity.

The University is committed to inclusion, and it has a number of staff network groups coordinated by the Equality, Diversity, and Inclusion Team - one of these is the ALLOUT group, which has won Stonewall’s ‘Highly Commended Network Group’ award. It organises awareness-raising events throughout the year, works with the University on policy development and review, and runs the successful Allies programme which provides training to staff who do not identify as LGBTQ+ but wish to support their colleagues.

The University uses benchmarking tools as part of its inclusion performance metrics, and taking part in the Stonewall Workplace Equality Index has supported this.

“I’m so pleased to see our improved ranking in our seventh consecutive year in Stonewall’s Top 100, and am delighted that ALLOUT has been recognised,” said Equality, Diversity and Inclusion Partner Paul Marks-Jones. “This is not just a testament to the guidance, polices and support that the University provides, but also to the efforts of the many staff who contribute constant feedback, support and awareness-raising activities.

Manchester is a special place to work and study. It is fundamental to our culture and our success that all people at the University -irrespective of gender assignment, sexual orientation, or any other protected characteristic as well as gender identity - feel included, engaged, and have equity of opportunity to thrive and develop.

“We have a diverse workforce, and valuing that diversity is a core commitment that we embrace as we enhance the building of an inclusive place to work and study that is characterised by equity, and a sense of belonging for all”. Said Director of Equality, Diversity and Inclusion Banji Adewumi.

“We’re delighted for The University of Manchester, whose incredible work towards LGBTQ+ inclusion has seen them land at 22nd place in our Top 100,” said Liz Ward, Director of Programmes at Stonewall. “Every employer has a duty to make sure that their LGBTQ+ staff are free from discrimination at work, and our list helps organisations to reflect on their inclusion journey and celebrate best practice.

The full Top 100 list this year can be found on the Stonewall website, as well as further information about the importance of LGBTQ+ inclusion and more on how the Top 100 list is created.

The University is marking LGBT+ History Month in February with a series of events for students and staff to participate in, with a theme of ‘Politics in Art’. Visit this webpage for more information.