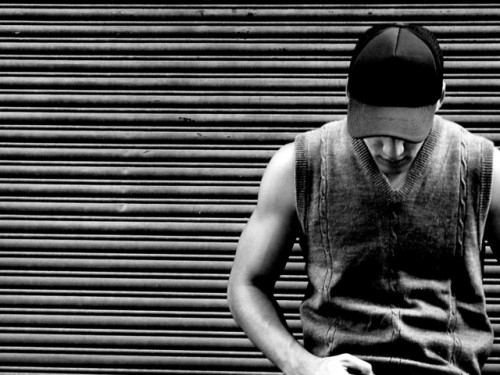 Leading scholars, lawyers and expert witnesses will gather at The University of Manchester later this week to discuss the growing use of rap lyrics as evidence in criminal trials.

A cultural historian at the University warns that miscarriages of justice can arise if rap lyrics are taken at face value, as a blueprint for crime.

Dr Eithne Quinn, who is organising the event on Friday (16 October), says rap music is regularly used by prosecutors in criminal trials in the US, where there are hundreds of such cases, but that the trend is also increasing this side of the Atlantic Ocean.

Young people write rap verses to perform to peers and in the hope of becoming a successful rapper. If that person is arrested for a crime, the rap lyrics are seized and then used against them in court. “No other art form is used in this way,” said Dr Quinn who is a senior lecturer in American studies within the School of Arts Languages and Cultures at the University.

Leading US scholars and academic expert witnesses will present at the conference to report on this alarming US trend. They will be joined by UK scholars, lawyers, and experts to develop a better understanding of the UK picture, where 'grime' rap lyrics and rappers are being criminalized in similar ways.

Dr Quinn has acted as an expert in five UK court cases involving grime rap lyrics, including several murder trials. She is author of the book Nuthin but a G Thang: The Culture and Commerce of Gangsta Rap. Her co-organiser, Dr Erik Nielson, has advised and acted as an expert in over thirty such cases in the US.

In a courtroom, the judge and jury are asked by prosecutors to take the lyrics at face value as a confession of a crime or as evidence of bad character. “Prosecutors advise jurors to interpret the lyrics as if they were a blueprint for a violent crime or a personal diary,” explained Nielson. “It is all too easy to conflate rapper and lyrics, especially because rappers make very strong claims about ‘keeping it real.’“

The problem is that the rap lyrics tend to be formulaic and fictional according to Dr Quinn, not a reliable account of events. She said: “Violence and gang-related themes are central to the highly successful gangsta rap formula. This use of personas, and the negative public perceptions about rap music, make it very susceptible to misinterpretation.”

Research undertaken by Drs Quinn and Nielson show that almost all the defendants in trials involving rap lyrics are young, working-class and black. Troublingly, the lyrics reinforce stereotypes about their authors, which can further reinforce the prosecution’s case.

No other art form is used in this way

Dr Quinn continued: “Academics and commentators have been speaking out against the growing, and disturbing, use of rap lyrics in the US. This legal argument has made the cover of the New York Times. The trials of famous US rappers like Lil’ Boosie draw media attention. But what’s happening in the UK has barely been reported at all.

“You’d be surprised how often prosecutors in the UK have tried to introduce rap lyrics as evidence.

“The police need to concentrate resources on gathering hard evidence, rather than relying on dubious rap lyrics, to forward their investigations,” suggests Quinn.