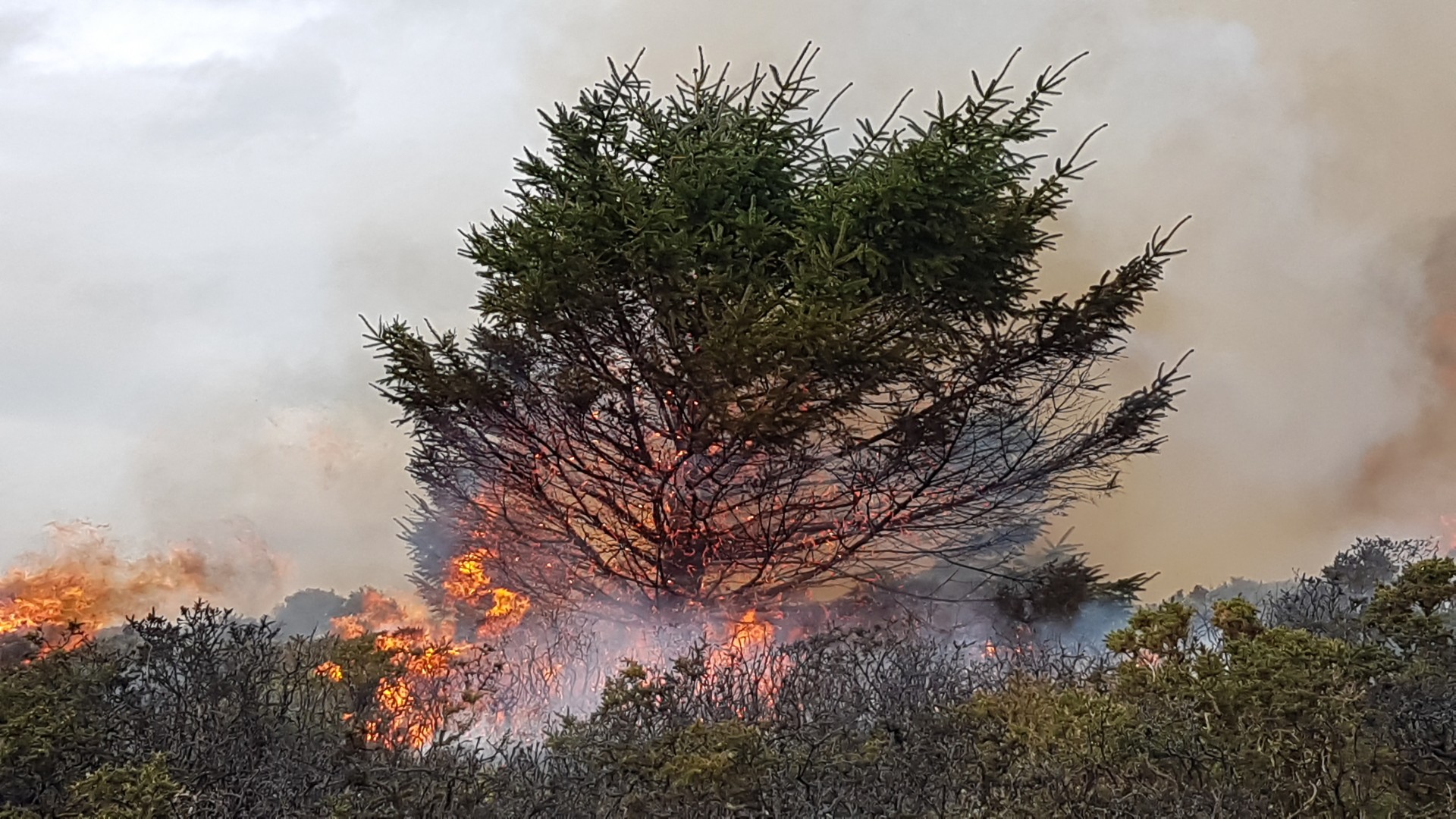 Record temperatures and dry weather in the UK this summer are causing exceptionally high levels of danger from extreme wildfires, according to experts.

The UK Fire Danger Rating System project team - led by The University of Manchester’s Dr Gareth Clay and including experts from the University of Birmingham, University of Exeter, Swansea University, London School of Economics, Portsmouth University and Forest Research - is warning of further risks as hot and dry conditions continue this summer.

Their analysis has shown that the fire weather index - a numerical indicator of the likelihood of extreme fire behaviour calculated from long-term and short-term relevant weather measurements, including temperature, relative humidity, rainfall and wind – has reached a record level this summer.

Dr Tadas Nikonovas said: “The fire weather index on July 19th was the highest the UK has seen since at least 1979 when the available record began. Our visualisation shows the last 20 years of maximum fire weather index values for England, and illustrates how extreme the conditions were on the day.”

Professor Stefan Doerr, who leads the Centre for Wildfire Research at Swansea University, said: “Our analysis also shows that while we saw heathland fires before and after the record temperatures in July, the catastrophic fires in England on July 19th were concentrated on grasslands and arable land close to densely populated areas. Indeed, there were very few fires in more remote areas, which are typically dominated by heathland fuels, on the day of the record temperatures.”

Dr Thomas Smith, from London School of Economics, added: “Anecdotal evidence suggests that few people were ‘out enjoying the countryside’ on the day of the extreme heat, because it was simply too hot, reducing the likelihood of ignitions in heathland area - while we know that the grassland and arable fires that led to the unprecedented loss of houses on July 19th may have been ignited close to homes and gardens where people were sheltering from the hot weather.”

Vegetation ‘fuel moisture’ data collected by the team at the University of Birmingham throughout July, show that in some cases, the moisture readings in some grassy fuels were extremely low (0-1%). Professor Nick Kettridge pointed out that in some cases it was so low that it was impossible to measure with the commonly-used measurement approach. “This level of dryness also explains the extreme nature of the fire behaviour, with large flames and fast-moving fires, even in places without high wind conditions,” he said.

According to Professor Claire Belcher, of the University of Exeter, there is much that can be done to reduce the likelihood and potential impacts of fires. She said: “Major retailers stopping the sale of disposable barbeques in some regions is one welcome contribution to reducing accidental ignitions, but with the dry hot weather currently continuing in parts of the UK, the overall fire risk remains very high.”

The Met Office provide a Fire Severity Index (FSI) - an assessment of how severe a fire could become if one were to start - but this does not provide an assessment of the risk of wildfires occurring. To fill this critical gap, our project team are researching the key components that allows the building of an effective, tailored fire danger rating system that can establish the likelihood and impact of wildfires in the country. 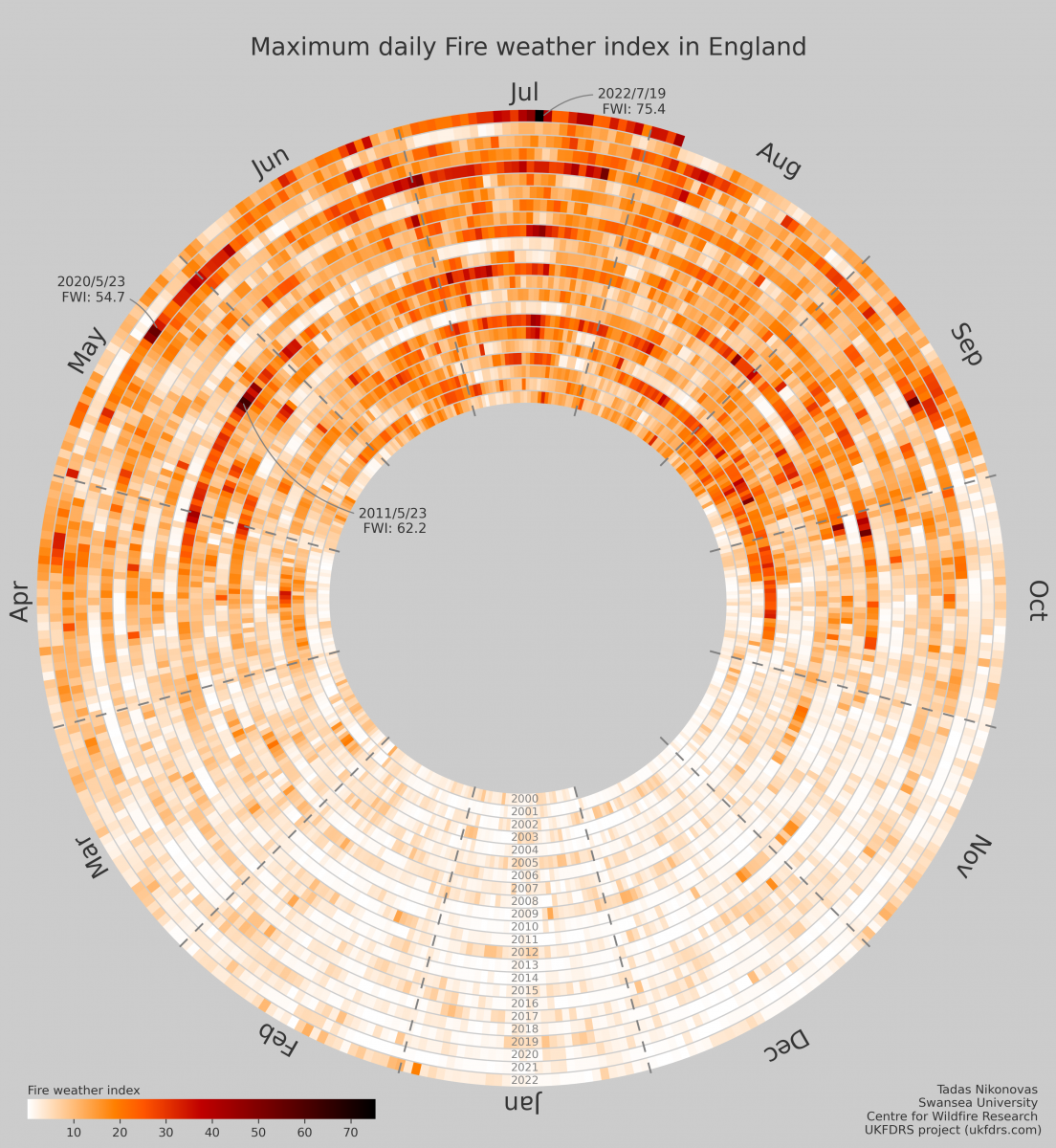