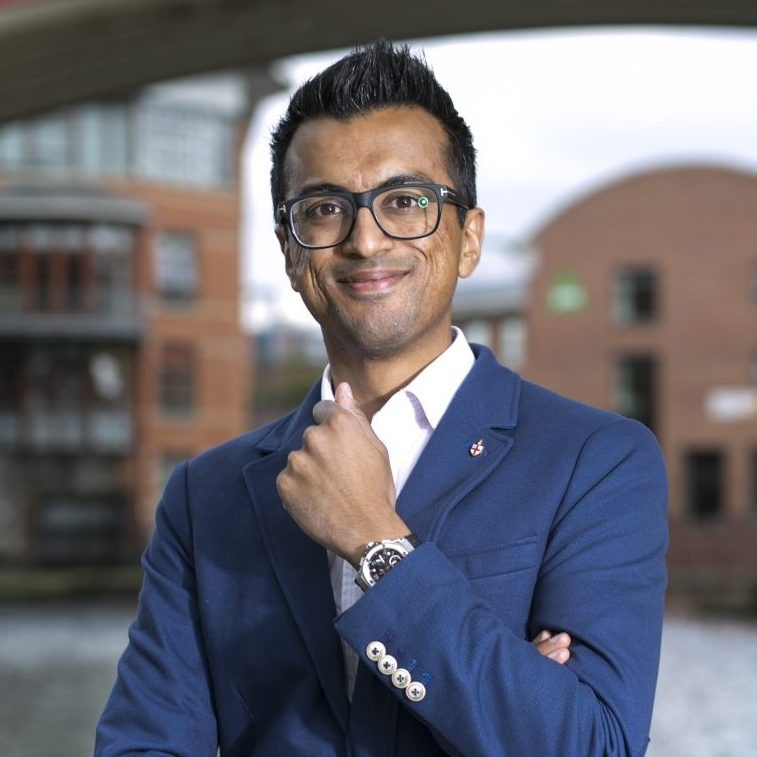 Starting his first technology business aged just 14, Professor Vikas Shah MBE is one of the UK’s most high-profile serial entrepreneurs and philanthropists.

As well as being an Honorary Professor of Business and Entrepreneurship at the Alliance Manchester Business School (AMBS), he is CEO of the Swiscot Group and an investor in the tech sector. Vikas has a formidable CV and has been extremely successful throughout his entire professional and working life.

But, regardless of all these achievements, he came close to taking his own life. It is something he is very open about and, for World Mental Health Day, he has spoken to the University about his ongoing struggles with anxiety and depression.

One of the key things Vikas warns of is that being successful in your personal and professional life shouldn’t come at the cost of your health, no matter what. He says there is an unhealthy perception in some professions that the more hours you put in, the better you must being doing: “There’s this weird mantra in entrepreneurship, which is a curiously European, British thing, where people think they have to work 20 hours a day.”

It is something Vikas has first-hand experience of and now strongly warns against: “When you burn out, it’s horrible, and it teaches you a hard lesson. If you don’t take time out for yourself, you very quickly find that what you do for a living becomes who you are, and that’s a very dangerous place to be.” 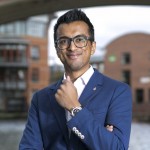 The caricature of masculinity that magazines purvey and persuade people they need to buy into is really dangerous.

Outside of work pressures, Vikas also thinks there is a toxic masculinity in society that not only contributes to various mental health issues in men, but even stops them from talking about it. He adds: “The caricature of masculinity that magazines purvey and persuade people they need to buy into is really dangerous.

“In the same way that toxic femininity pervaded women’s magazines and persuaded everyone they had to be size zero and all think kind of thing. But I think that is one really specific issue. I think the wider issue is around the fact that men as a group vocabulary for discussion emotion.”

Vikas now uses every opportunity he can to speak out and raise awareness about mental health issues and implores others to do the same, as it might literally save their lives as it did with his: “It was only because I’d made a phone call to the Samaritans, that I didn’t do it [take his own life].

“The weight of not saying it was so profound, that the act of being able to speak to a stranger took the weight off a little bit. It committed it to the real world – it wasn’t a demon in my head anymore.”

As well as being a business man, Vikas is now also a renowned public speaker with a massively popular TedTalk and interviews with some of the world’s most prominent leaders and thinkers including Buzz Aldrin, Melinda Gates and Sir Richard Branson. You can download and listen to the full conversation and the rest of the University's podcasts on Spotify.