What does it mean to study at a leading research-intensive university? For two students at Manchester, it means the chance to undertake work that makes the world take notice.

In its near 200-year history, there have been plenty of world-leading research staff at The University of Manchester, including 25 affiliated Nobel laureates. In recent years, the University’s undergraduates have been claiming international accolades of their own.

Amelia Halls and Cristian Bodnar are our most recent winners at the annual Undergraduate Awards. At a prestigious event in Dublin this winter they received the coveted Thomas Clarkson Gold Medal, the highest honour at the ceremony.

“I’m absolutely honoured to have won such a prestigious award”, beams Amelia, winner in the Classical Studies and Archaeology category.

“I worked incredibly hard and am incredibly proud of the piece of research I submitted. It’s amazing that my achievement has been globally recognised.”

Cristian, who won in the Computer Sciences category, adds: “It feels really rewarding to get the prize after nine months of working almost non-stop. I was always excited about what I was doing, so no matter how hard it was I was still enthusiastic to experiment and try new ideas.”

Manchester’s success didn’t stop there. Sarah Joliffe won the European prize for Nursing and Midwifery, while nine more of our students were highly commended and another 18 commended for their work.

Our students’ participation in the awards was funded by the University’s Learning through Research scheme, which gives our undergraduates the chance to develop core research skills and use them beyond their studies.

Professor Kersti Börjars, who leads the scheme, says: “I am really pleased to see the breadth of achievement across the University; this is evidence not just of the calibre of our students, but also of the value of being an undergraduate at a research-intensive university.”

For Amelia, her award goes well beyond just being an academic achievement, it’s helped her overcome her own personal hurdles. “I have struggled with anxiety and depression for most of my life,” she explains.

“So winning this award felt like a ray of sunshine, reminding me that I’m more than capable of achieving whatever I put my mind to.”

To even attend the event, Amelia needed to conquer many of her fears including flying, being in a different country, not knowing anyone and speaking in front of a room full of people.

But, despite any initial doubts, Amelia says the effort was worth it. “Attending the event helped me improve my confidence both in presenting in front of people and more generally in myself and my work,” she reflects. “Ultimately, I’m delighted and inspired by winning this award.”

It’s this inspiration that the Learning through Research scheme aims to nurture. While Manchester’s academic staff, scientists and PhD researchers make a huge contribution to the world, its undergraduate students will ensure this impact continues into the future.

Learn more about Learning through Research. 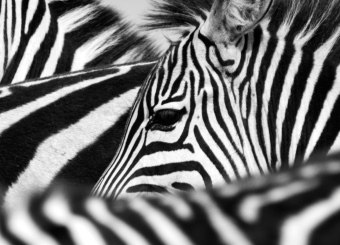