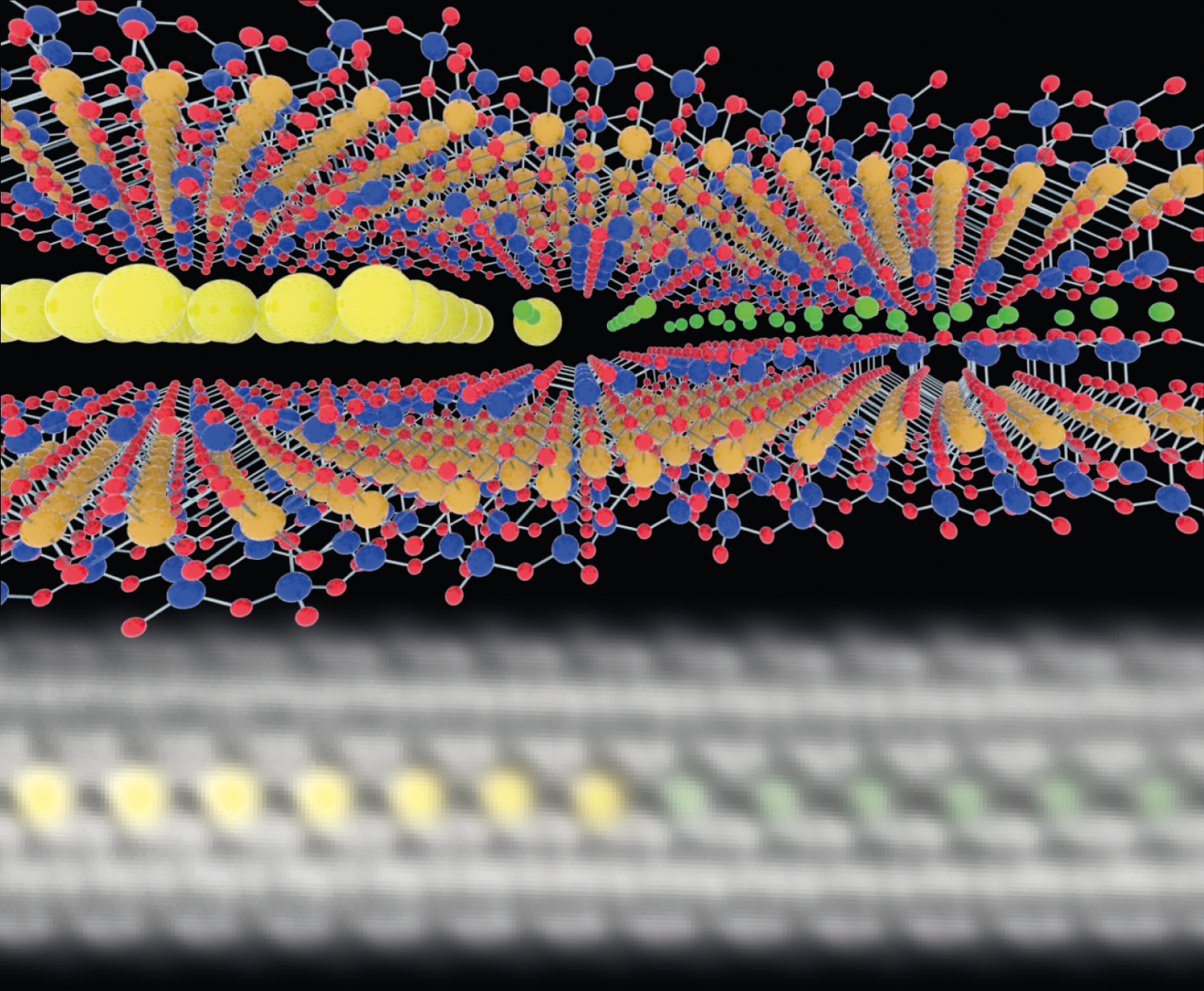 Research led by The University of Manchester has found that ions diffuse 10,000 times faster inside atomically thin clays than in bulk clay crystals. Clays are used in a wide variety of membrane applications, so this result offers the potential to achieve vastly improved desalination or fuel cell performance simply by switching to ultra-thin clays when producing the membranes.

Clays, like graphite, consist of crystal layers stacked on top of each other and can be mechanically or chemically separated to produce ultra-thin materials. The layers themselves are just a few atoms thick, while the space between layers is molecularly narrow and contains ions. The interlayer ions can be altered in a controllable way by allowing different ion species to penetrate between the layers.

This property, known as ion exchange, allows for control of the physical properties of these crystals in membrane applications. However, despite its relevance in these emerging technologies, the ion exchange process in atomically thin clays has remained largely unexplored.

Writing in Nature Materials, a team led by Professor Sarah Haigh and Dr Marcelo Lozada-Hidalgo shows that it is possible to take snapshots of ions as they diffuse inside the interlayer space of clay crystals using scanning transmission electron microscopy. This allows study of the ion exchange process with atomic resolution. The researchers were excited to find that ions diffuse exceptionally fast in atomically thin clays – 10,000 times faster than in bulk crystals.

Complementary atomic force microscopy measurements showed that the fast migration arises because the long-range (van der Waals) forces that bind together the 2D clay layers are weaker than in their bulk counterparts, which allows them to swell more; effectively the ions have more space so move faster.

Unexpectedly, the researchers also found that by misaligning or twisting two clay layers, they could control the arrangements of the substituted ions within the interlayer space. The ions were observed to arrange in clusters or islands, whose size depends on the twist angle between the layers. These arrangements are known as 2D moire superlattices, but had not been observed before for 2D ion lattices – only for twisted crystals without ions.

Dr Yichao Zou, postdoctoral researcher and first author of the paper, said: "Our work shows that clays and micas enable the fabrication of 2D metal ion superlattices. This suggests the possibility of studying the optical and electronic behaviour of these new structures, which may have importance for quantum technologies, where twisted lattices are being intensively investigated.”

The researchers are also excited about the possibility of using clays and other 2D materials to understand ion transport in low dimensions. Marcelo Lozada-Hidalgo added: "Our observation that ion exchange can be accelerated by four orders of magnitude in atomically thin clays demonstrates the potential of 2D materials to control and enhance ion transport. This not only provides fundamentally new insights into diffusion in molecularly-narrow spaces, but suggests new strategies to design materials for a wide range of applications."

The researchers also believe that their ‘snapshots’ technique has much wider application. Professor Haigh added: "Clays are really challenging to study with atomic resolution in the electron microscope as they damage very quickly. This work demonstrates that with a few tricks and a lot of patience from a dedicated team of researchers, we can overcome these difficulties to study ion diffusion at the atomic scale. We hope the methodology demonstrated here will further allow for new insights into confined water systems as well as in applications of clays as novel membrane materials.”

You can read more about research into membranes using advanced materials at The University of Manchester at the following links: