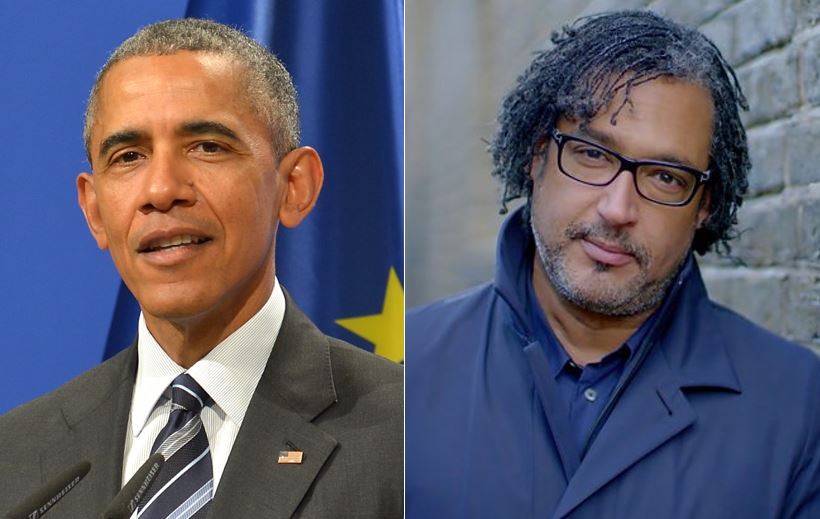 In an exclusive UK interview ahead of the release of his memoirs, former President of the United States Barack Obama will speak to The University of Manchester’s Professor of Public History David Olusoga about his country, his political career, and his views on the difficulties facing his country.

A special 30-minute programme - Barack Obama Talks To David Olusoga - will be broadcast on BBC One on Wednesday 18 November at 7.30pm. In the programme, David - of the The School of Arts, Languages and Cultures and Creative Manchester - will speak to Barack about the first volume of  presidential memoirs, his motivations for writing the book, and the challenges he had confronting political, cultural and racial divisions in the USA as the first African American to hold the nation’s highest office.

Following the BBC One broadcast, the programme will be also be aired on BBC Radio 4 in a special audio recording introduced by David Olusoga on Thursday 19 November at 9am. Audiences will also be able to listen to a longer version of the interview on-demand on BBC Sounds.

The programme will be broadcast internationally by BBC World Service Radio on Thursday 19 November, and BBC World News and BBC News Channel on Saturday 21 November and Sunday 22 November.

Meeting Barack Obama to discuss his memoirs is a great honour, and to be interviewing him now - at the end of a year in which race and racism and the histories that lie behind them have been at the centre of global events - seems fitting.

“My interview with the former President will highlight the obstacles he faced as President and ask whether his optimism in what he calls the 'possibility of America' has been challenged in recent years.”

“We’re thrilled to have commissioned an exclusive UK broadcast interview with Barack Obama for BBC Arts,” said Jonty Claypole, Director of BBC Arts. “Ever since the publication of Dreams from My Father 25 years ago, Obama’s books are masterpieces of political memoir and autobiography.

"Having the opportunity to bring him face to face with David Olusoga, one of our foremost social historians and broadcasters, at the end of a year that has been defined by Covid-19, Black Lives Matter, and one of the most fiercely-fought American elections in history, promises to be deeply illuminating.”

“It's a huge privilege to be bringing together Barack Obama and David Olusoga in what has been an extraordinary year of social change,” said Amy Flanagan, Head of the BBC Studios Production Documentary Unit.

The programme will be available after broadcast at https://www.bbc.co.uk/programmes/m000q1g1.