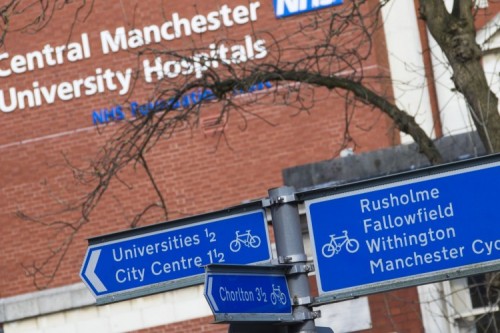 Researchers at Central Manchester University Hospitals NHS Foundation Trust (CMFT) and The University of Manchester have been awarded more than £5 million to evaluate the timing of surgery for infants with cleft palate.

The National Institute of Dental and Craniofacial Research (NIDCR), a branch of the U.S. National Institutes of Health, has contributed the follow-up grant ($7.6 million) for the TOPS (Timing of Primary Surgery for Cleft Palate) clinical trial.

The money will allow the team of researchers, led by Honorary Professor William Shaw and Honorary Senior Lecturer, Dr Gunvor Semb, to complete the TOPS trial over the next five years.

The international TOPS study is looking into the timing of surgery for cleft palate in infants and compares the results of surgery performed at either 6 or 12 months. It involves data over a wide range of disciplines such as clinical genetics, speech and language pathology, audiology and orthodontics.

A review of surgical practice across the UK and Scandinavia identified differences in the timing of primary surgery in infants with cleft palate. There is currently no reliable evidence to support that either primary surgery at age 6 months or age 12 months produces better outcomes, however, it is thought that the timing of surgery may influence speech development and for that reason the best possible timing should be assessed.

More than 550 infants with cleft palate were recruited at 23 sites in the UK, Denmark, Norway, Sweden and Brazil between September 2010 and July 2015, with a grant that the NIDCR previously awarded. Babies who participated in the trial received surgery using the same technique (Sommerlad technique) and were randomly assigned to have their surgery when they are either aged 6 months or 12 months. There was a 50:50 chance of infants being in either group.

After surgery, children taking part will be followed up at age 12 months, three years and five years when speech, hearing and physical development will be reviewed.

The main objective of this trial is to determine whether the timing of the cleft palate surgery has an influence on speech development. We hope that through this study we will be able to offer recommendations to help shape surgical procedures for young patients with cleft palate in the future

Professor Shaw said: “The main objective of this trial is to determine whether the timing of the cleft palate surgery has an influence on speech development. We hope that through this study we will be able to offer recommendations to help shape surgical procedures for young patients with cleft palate in the future.

“We also aim to help improve early speech and hearing, and thus the social integration of affected children; to reduce the burden of remedial care and secondary surgery that they and their families presently endure and to reduce the financial costs of care associated with cleft palate.”

The TOPS site at CMFT was the first to start recruitment for the study in September 2010, and Manchester is hosting the data evaluation meetings planned until 2020.