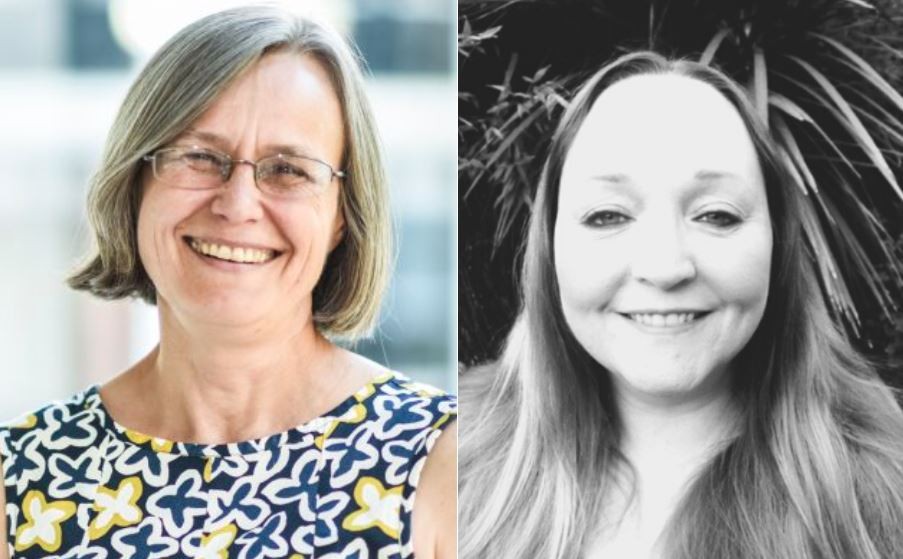 Manchester experts become Fellows of the Academy of Social Sciences

Two academics from The University of Manchester have been recognised as leading experts in their field, by being conferred the award of Fellow of the Academy of Social Sciences.

New Fellows are named due to the excellence and impact of their work, which addresses matters of vital importance and contributes to the social sciences for the public good. Through leadership, scholarship, applied research, policymaking and practice, they have helped to deepen the understanding of some of the toughest challenges facing our society and the world.

The Academy is made up of over 1400 Fellows, 46 societies and a number of affiliates. This extensive community of over 90,000 social scientists has helped establish the UK’s position as a global leader in the social sciences.

Joining them is Diana Mitlin (pictured above left), a Professor of Global Urbanism in the Global Development Institute at Manchester who is also Principal Researcher at the International Institute for Environment and Development.

Diana has been recognised for more than 30 years of ground-breaking research into urban poverty and inequality, particularly in the Global South. Having been at The University of Manchester in some capacity since 2001, she has been a full time Professor since 2012 and was previously the Managing Director of the Global Development Institute (2015-2019). Diana currently heads the African Cities Research Consortium, a six-year programme funded by the FCDO that seeks to provide new insights that enable the continent’s rapidly changing cities to be more productive, equitable and inclusive. She is also coordinating a new participatory planning research and learning network, funded by the Leverhulme Trust.

“Many thanks to the Academy of Social Sciences for this recognition,” Diana said. “I am deeply honoured to join such an amazing group of social scientists. I am also appreciative of all the people who have invested so much in building up my knowledge and capabilities, including my colleagues from the International Institute for Environment and Development (IIED), Shack/Slum Dwellers International (SDI), the Global Development Institute, the African Cities Research Consortium and the Manchester Urban Institute, to name a few.”

The second new Fellow from Manchester is Lucie Byrne-Davis (above right), a Professor of Health Psychology who has been recognised for her expertise in using health psychology to support behaviour change, with a focus on health worker behaviour.

She also co-founded The Change Exchange, a collaboration of health psychologists volunteering, researching and working in international health partnerships. Together, this group has used the theories, evidence and methods of health psychology to support meaningful change in health services in countries such as Uganda and India. She has been at The University of Manchester since 2010

"It’s such an honour to be nominated and accepted as a fellow of the AcSS," Lucie said. "I’m passionate about the research and practice of health psychology having impact and about working in the space between the two. I’m so fortunate that I have the academic freedom to do this work and that the work has been recognised in this way."

They are two of the exceptionally talented social science practitioners and academics who have joined the Academy’s Fellowship this autumn. Collectively, their world-class thought-leadership, research and professional expertise demonstrate the importance of the social sciences to our political, social and economic lives.