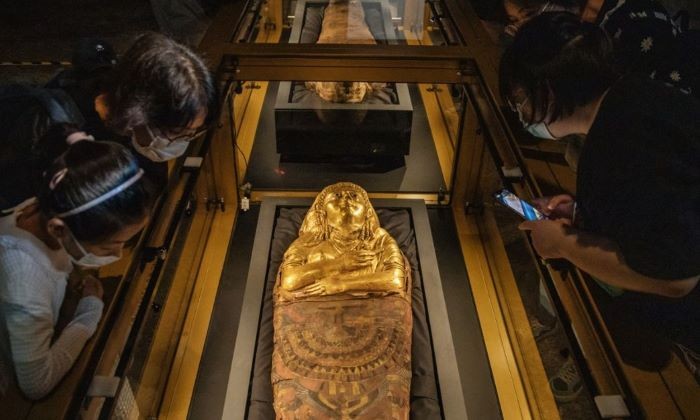 Golden Mummies, developed and produced in partnership with Nomad Exhibitions, explores beliefs about the afterlife during an era when Egypt was part of the Greek and Roman worlds.

It offers unparalleled access to Manchester Museum’s Egypt and Sudan collections and features more than 100 objects and eight mummies.

The show has experienced huge success in Beijing and Shanghai already, attracting over quarter of a million visitors.

Following its time in Shenzhen, Golden Mummies will return to Manchester Museum, part of The University of Manchester, taking centre stage in a brand new 420m2 Exhibition Hall from February 2023.

The Exhibition Hall is part of the museum’s ambitious £15million transformation project. When the museum reopens to the public, ambitious shows will engage with big ideas, global challenges and local action.