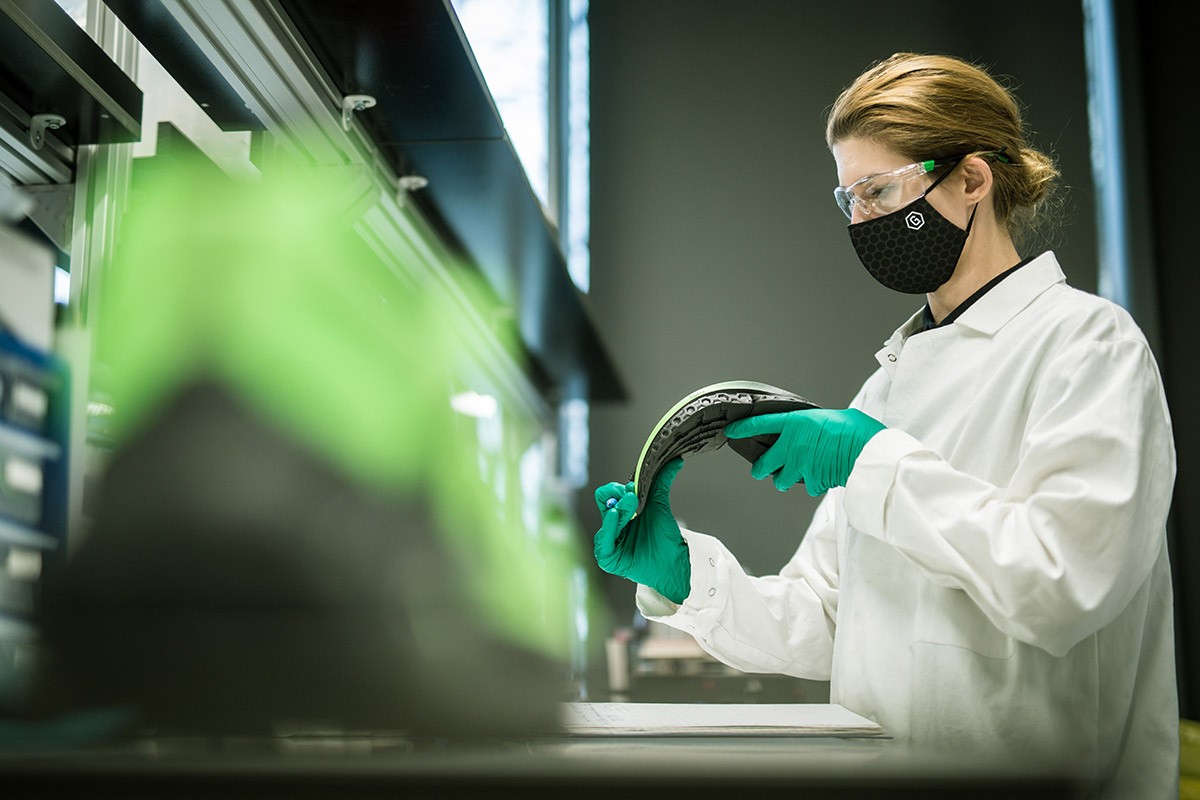 Sports footwear firm inov-8 has unveiled the world’s first running shoe to use a graphene-enhanced foam in the sole, bucking the widespread trend for carbon-plate technology and doubling the industry standard for longevity.

Developed in collaboration with graphene experts at The University of Manchester, the cushioned foam, called G-FLY™, features as part of inov-8’s new trail shoe, the TRAILFLY ULTRA G 300 MAX™, designed for ultramarathon and long-distance runners.

Tests have shown the foam delivers 25% greater energy return than standard EVA foams and is far more resistant to compressive wear. It therefore maintains optimum levels of underfoot bounce and comfort for much longer.

This helps runners maintain a faster speed over greater distances, aid their feet in feeling fresher for longer, and prolong the life of their footwear.

As well as on the trail, we also tested extensively in the laboratory, including subjecting the foam to aggressive ageing tests that mimic extensive use. Despite being significantly aged, the G-FLY foam still delivered more energy return than some unaged foams. 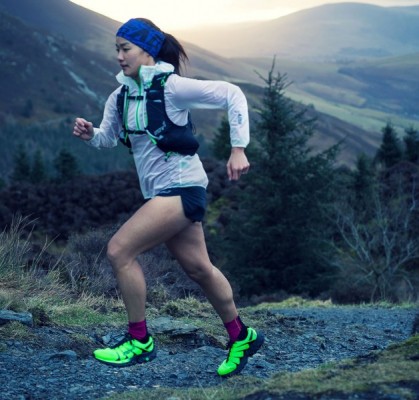 “We’ve worked incredibly hard for the past two years with the university and leading footwear industry veteran Doug Sheridan in developing this innovation. A team of 40 athletes from across the world tested prototype shoes and more than 50 mixes of graphene-enhanced foam. Trail test reports show G-FLY foam still performing well after 1,200km – double the industry standard.”

The company first used graphene in 2018 when launching GRAPHENE-GRIP™ rubber on the outsoles of its running, hiking and fitness shoes. Sales of inov-8's footwear featuring the wonder-rubber have surged globally over the last three years and graphene-enhanced footwear now accounts for over 50% of sales.

Wayne Edy, who founded inov-8 in 2003, said: “We continue to carve our own trail, with innovation at the forefront of everything we do. It would be easy to follow others, but that is not in our DNA. Our revolutionary use of graphene, first in rubber and now in foam, proves that we dare to be different.”

Since graphene was first isolated at The University of Manchester in 2004, a team of more than 300 staff at the University has pioneered a diverse range of projects and contributed to graphene-enhanced sports cars, medical devices, aerospace developments, improvements in infrastructure and sports footwear.

Dr Aravind Vijayaraghavan, Reader in Nanomaterials at the University, home to both the National Graphene Institute and Graphene Engineering Innovation Centre, said: “As well as on the trail, we also tested extensively in the laboratory, including subjecting the foam to aggressive ageing tests that mimic extensive use. Despite being significantly aged, the G-FLY foam still delivered more energy return than some unaged foams.

“We are proud of G-FLY foam, the TRAILFLY ULTRA G 300 MAX and all we have achieved in our highly-successful partnership with inov-8. We look forward to the next phase and further expanding the use of graphene, a material that has limitless potential.”

The collaboration between The University of Manchester and inov-8 was made possible by funding provided by Innovate UK as part of a Knowledge Transfer Partnership (KTP).

The TRAILFLY ULTRA G 300 MAX is available to pre-order now, before going on sale on 8 April.