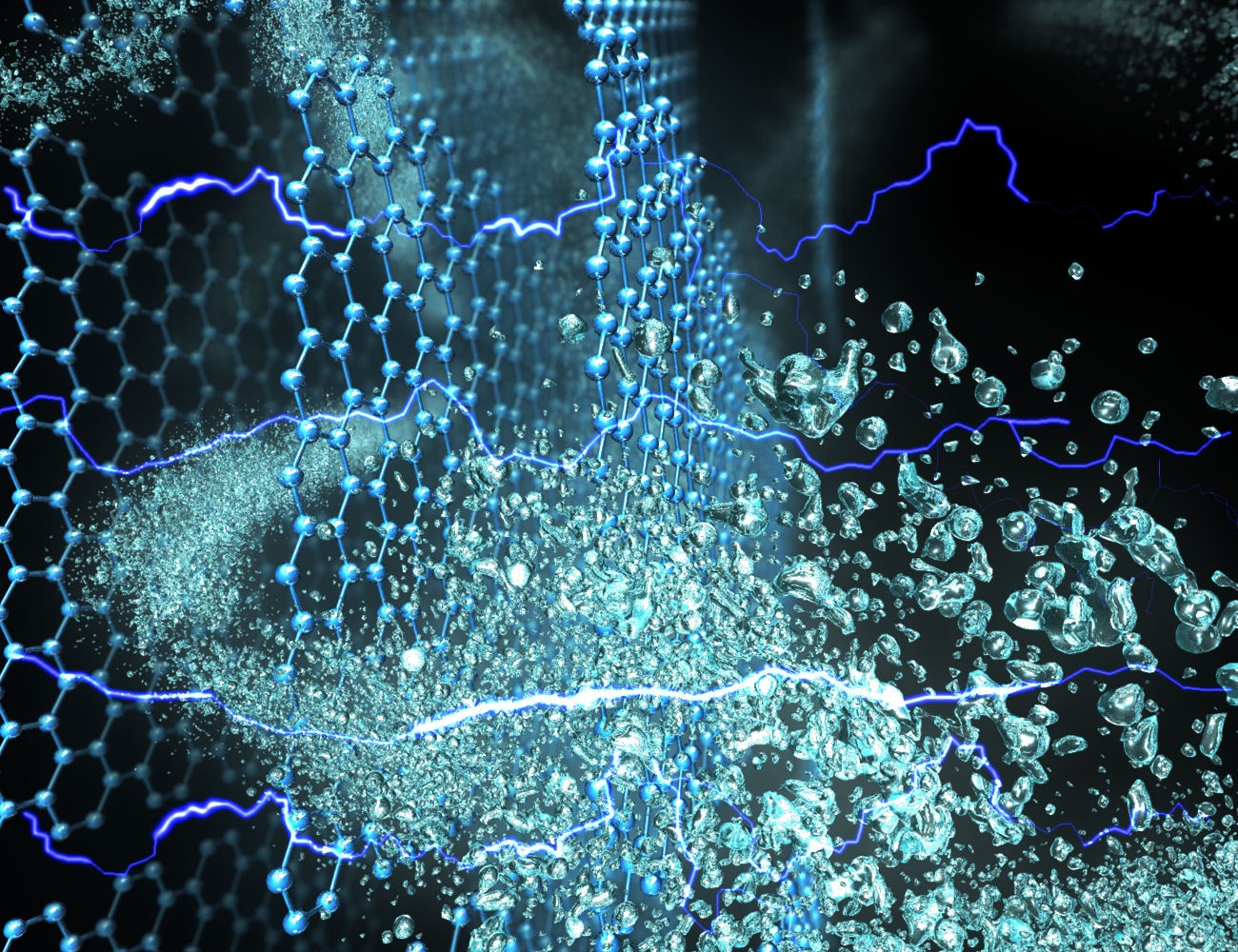 Researchers at The University of Manchester’s National Graphene Institute (NGI) have achieved a long-sought-after objective of electrically controlling water flow through membranes, as reported in Nature.

This is the latest exciting membranes development benfitting from the unique properties of graphene. The new research opens up an avenue for developing smart membrane technologies and could revolutionise the field of artificial biological systems, tissue engineering and filtration.

Graphene is capable of forming a tuneable filter or even a perfect barrier when dealing with liquids and gases. New ‘smart’ membranes developed using an inexpensive form of graphene called graphene oxide, have been demonstrated to allow precise control of water flow by using an electrical current. The membranes can even be used to completely block water from passing through when required.

The team, led by Professor Rahul Nair, embedded conductive filaments within the electrically insulating graphene oxide membrane. An electric current passed through these nano-filaments created a large electric field which ionises the water molecules and thus controls the water transport through the graphene capillaries in the membrane.

“Developing smart membranes that allow precise and reversible control of molecular permeation using external stimuli would be of intense interest for many areas of science; from physics and chemistry, to life-sciences."

The achievement of electrical control of water flow through membranes is a step change because of its similarity to several biological process where the main stimuli are electrical signals. Controlled water transport is a key for renal water conservation, regulation of body temperature and digestion. The reported electrical control of water transport through graphene membranes therefore opens a new dimension in developing artificial biological systems and advanced nanofluidic devices for various applications.

Developing smart membranes that allow precise and reversible control of molecular permeation using external stimuli would be of intense interest for many areas of science; from physics and chemistry, to life-sciences

Previously, the research group have demonstrated that graphene oxide membranes can be used as a sieve to remove salt from seawater for desalination alternatives. Last year they also showed that the membranes could remove the colour pigment from whisky without affecting its other properties.

Scientists have long been trying to control water flow through membrane by using an external stimuli due to its importance for healthcare and related areas. Currently, such adjustable membranes are limited to the modulation of wetting of the membranes and controlled ion transport, but not the controlled mass flow of water.

Dr Kai-Ge Zhou, lead author for the research paper said, “The reported graphene smart membrane technology is not just limited to controlling the water flow. The same membrane can be used as a smart adsorbent or sponge. Water adsorbed on the membrane can be preserved in the membrane even in desert conditions if a current is applied. We could release this water on demand by switching the current off.”

Dr Vasu, second lead author commented, “Our work not only opens new applications for graphene membranes but it allows us to understand the effect of electrical field on the nanoscale properties of confined water. Despite many conflicting theoretical predictions ranging from freezing of water molecules to melting of ice under an electric field, the experimental evidence for electric field effects were missing. Our work shows that large electric field can ionise water in to its constituent ions.”

Graphene and related two-dimensional materials have shown promise for developing new applications as well as enhancing currently used processes for areas as diverse as; electronics, composites, sensors and biomedical. Membranes have become as key research and development theme for desalination, gas separation and healthcare.

The University of Manchester is currently preparing to formally open the £60m Graphene Engineering Innovation Centre (GEIC) to complement the existing National Graphene Institute (NGI). The GEIC will provide industry to scale-up of the membranes and pilot-scale testing capability.