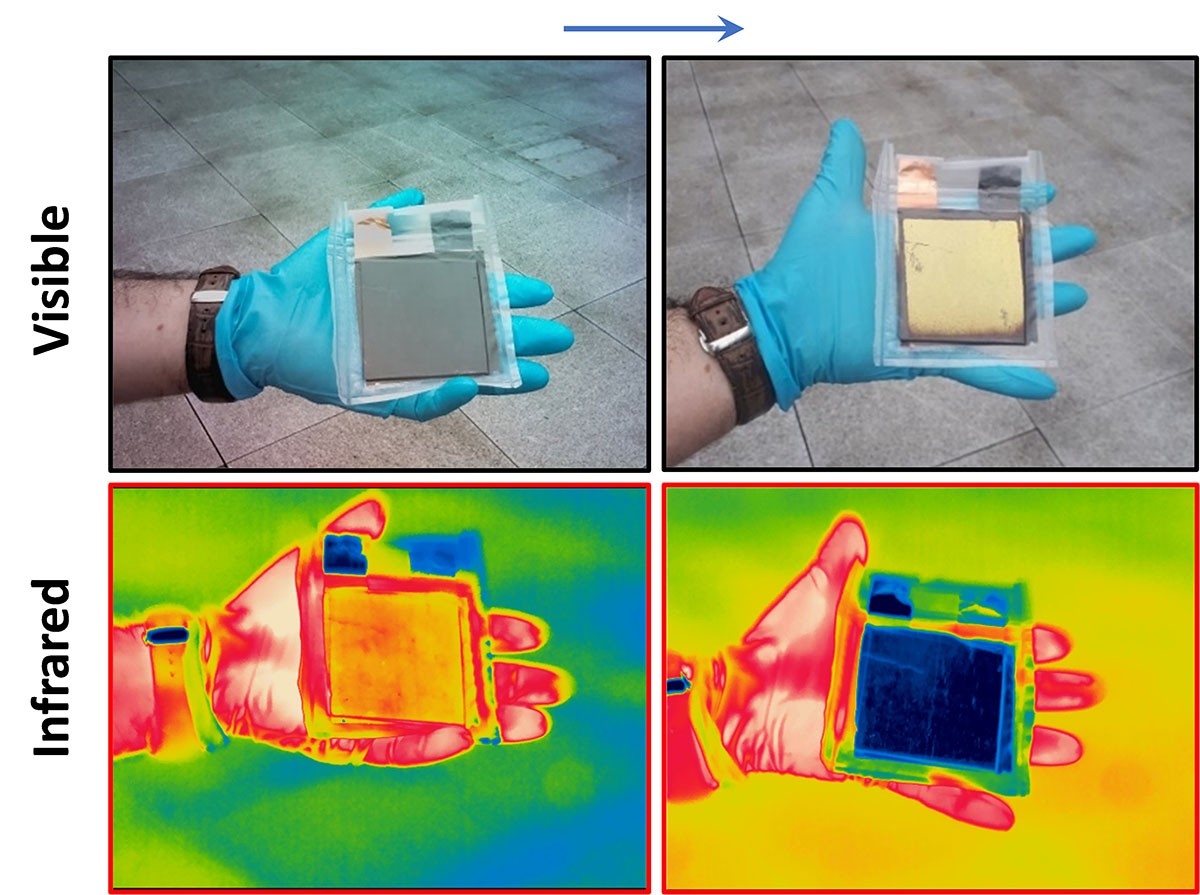 Researchers at The University of Manchester’s National Graphene Institute have created optical devices with a unique range of tunability, covering the entire electromagnetic spectrum, including visible light.

The devices’ tunability is achieved by a process known as electro-intercalation, which in this case involves lithium ions being interposed between sheets of multilayer graphene (MLG), offering control over electrical, thermal and magnetic properties.

The MLG device is laminated and vacuum-sealed in a low-density polyethylene pouch that has over 90% optical transparency from visible light to microwave radiation.

During charge (intercalation) or discharge (de-intercalation), the electrical and optical properties of MLG change dramatically. The discharged device appears dark grey owing to the high absorptivity (>80%) of the top graphene layer in the visible regime. When the device is fully charged (at ~3.8V), the graphene layer appears gold in colour. The achievable colour space can be enriched to include a range from red to blue using optical effects such as thin-film interference.

Professor Coskun Kocabas, lead author of the study, said: “We have fabricated a new class of multispectral optical devices with previously unachievable colour-changing ability by merging graphene and battery technology.

For example, a dynamic thermal blanket could selectively reflect visible or infrared light and allow a satellite to reflect radiation from the side facing the sun, while emitting radiation from its shaded faces. Similarly, when in Earth’s shadow, that blanket can insulate the satellite from deep-space cooling [see figure below]. These actions would regulate internal temperatures far more effectively than a static thermal coating.

Previous studies have examined devices at specific wavelength ranges of microwave, terahertz, infrared and visible, using single and multilayer graphene. But it was the challenge of extending coverage to visible light while maintain optical activity at longer wavelength that required innovation in the structure of the device, overcoming established difficulties in the integration of optical devices with electrochemical cells.

“Here we used a graphene-based lithium-ion battery as an optical device,” he added. “By controlling the electron density of the graphene, we are now able control light from visible to microwave wavelengths on the same device.”

Nobel laureate Professor Sir Kostya Novoselov was a co-author on the paper and said: “Few-layer graphene offers unprecedented control over its optical properties through charging. Such devices can find their applications in many areas: from adaptive optics to thermal management.”