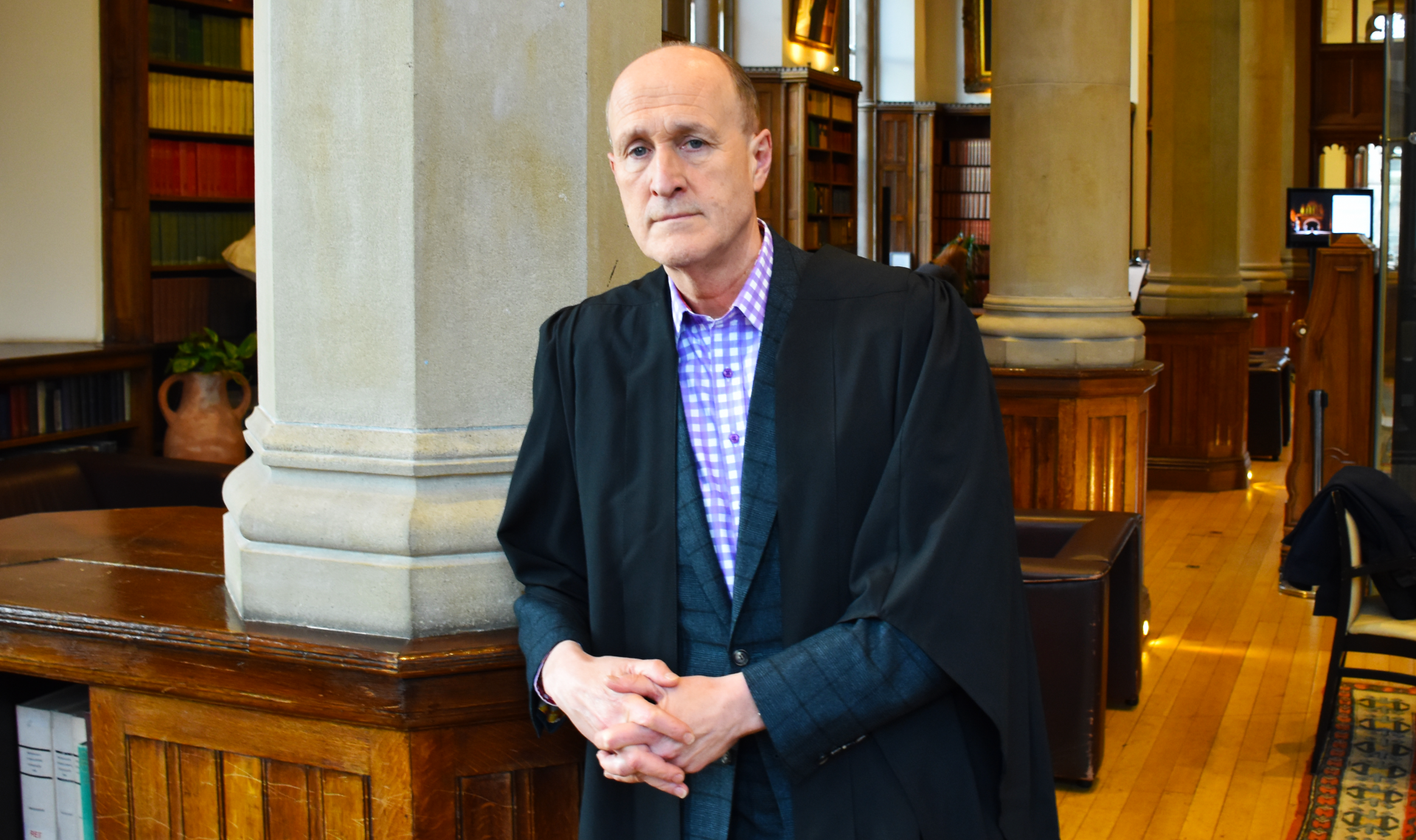 Renowned broadcaster Sir Peter Bazalgette has said he is “here to learn things”, as he marked his appointment as The University of Manchester’s first-ever Honorary Professor of Creative Industries in a lecture to students and academics.

Sir Peter has driven the development of the UK’s booming TV independent production sector, and introduced hit TV shows including Big Brother, Deal or No Deal and Changing Rooms to our screens.

He was knighted in 2012 for services to broadcasting, and currently serves as non-executive Chairman at ITV. As well as being the former President of the Royal Television Society, he was previously on the Board of Channel 4 and was Deputy Chair of the National Film and Television School. He received a Bafta Fellowship in 2000.

His appointment at the university will provide our students and researchers with the opportunity to learn from someone who has been described as 'the most influential man in British broadcasting'.

At Sir Peter’s inaugural lecture, he spoke about how the creative industries can flourish in partnership with policymakers, higher education institutions and the wider public sector. He also highlighted the talent pipeline that comes from The University of Manchester, which has produced many of the country’s leading actors, producers and writers over the years.

He emphasised the importance of interdisciplinarity in the creative industries, and how great culture cannot live without great STEM and vice versa - he cited the university and the wider city as an example of best practice for working in this way.

I hope to draw on the expertise in Manchester that can enable me in my dialogue more broadly - the national dialogue - with creative industries and with government to find compelling examples of good practice.

Sir Peter said he was looking forward to working with students, academics and other stakeholders at the School of Arts, Languages and Cultures, and throughout the wider university.

“I’ve come here to learn things, because doing this enables me to interact with this university, with Creative Manchester and the exciting things happening in this city,” he said.

You can listen to his lecture by clicking below.