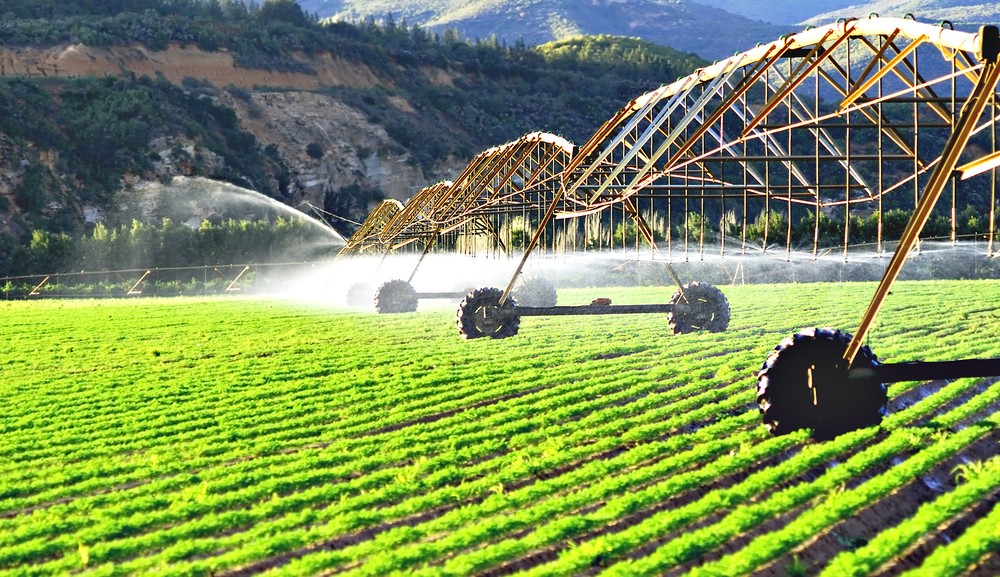 Irrigation schemes in sub-Saharan Africa don’t measure up to their plans according to new research into the projects by scientists. Many of the schemes were found to be consistently delivering a much smaller area of irrigation or are completely broken and things aren’t improving.

Large-scale irrigation infrastructure projects are back on the development agenda in sub-Saharan Africa after a near 30-year hiatus, despite projects having had disappointing results, with social and environmental side effects outweighing benefits. Such projects are planned in response to water scarcity pressures and are seen as a solution to intensify agricultural production, support rural economic development and enhance resilience to climate change.

New Research, published in Nature,  from a University of Manchester-led consortium quantified the performance of 79 African irrigation schemes. They did this by comparing planning documents to satellite-derived land cover maps to give the percentage of irrigation delivered and those that had stopped working. The found schemes are consistently underperforming and there have been no trends in project delivery success between 1948 and 2008.

The University of Manchester led team argues that it is the political and management frameworks underpinning African irrigation development leading to the underperformance. The financial viability of schemes are limited by low value crops that are promoted for increased grain production and national food security. Secondly, proposals are unrealistic to start with: planning is afflicted with optimism bias and political requirements for on-paper profitable projects. And finally, schemes are managed by centralised bureaucracies, lacking technical expertise, local knowledge or financial resources to ensure long-term maintenance.

First author of the new research, Postdoctoral research associate at The University of Manchester, Tom Higginbottom said: "Irrigation schemes have been constructed in sub-Saharan Africa for nearly 100 years, our research shows planners have consistently over-promised how much land can be developed and failed to achieve this. Future plans should be mindful of issues faced by previous schemes to avoid repeating the same mistakes."

Irrigation schemes have been constructed in sub-Saharan Africa for nearly 100 years, our research shows planners have consistently over-promised how much land can be developed and failed to achieve this. Future plans should be mindful of issues faced by previous schemes to avoid repeating the same mistakes.

“Our findings show that irrigation schemes are consistently smaller than planned and have non-trivial rates of complete failure, with no noted improvements over 60 years of development. These findings are consistent with evidence on outcomes from wider infrastructure mega-projects, which are often associated with large cost overruns and poor delivery compared to initial plans.” said Roshan Adhikari, The University of Manchester

FutureDAMS CEO Professor David Hulme of The University of Manchester’s Global Development Institute, says: “One aim of The University of Manchester’s FutureDAMS research project is to improve the planning and governance of water-energy-food-environment systems. We are delighted to produce this analysis which could assist in more sustainable development of Africa’s natural resources.”