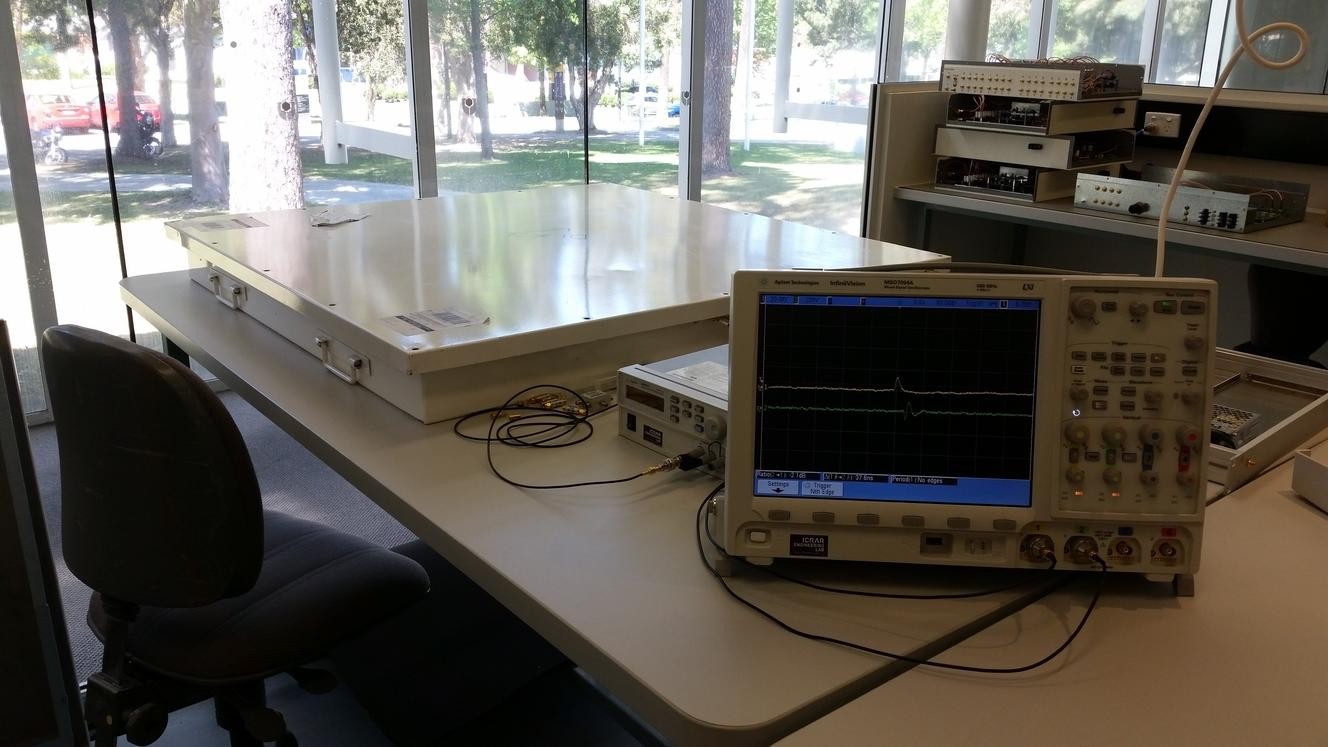 Scientists have designed and built a prototype particle detector that aims to unlock some of the mysteries surrounding rare cosmic rays that enter Earth’s atmosphere from deep space.

Cosmic rays are made up of highly energetic atomic nuclei and other particles, travelling through space at almost the speed of light. The most powerful of these rays contain approximately ten million times more energy than the particles being accelerated in the Large Hadron Collider at CERN in Switzerland.

But whilst physicists and astronomers have known about the existence of cosmic rays for over a hundred years, very little is known about where they come from or about the particles they’re made of. The challenge for astronomers trying to detect and analyse these rays is that they're very rare, with an observatory seeing only one or two of the more energetic ones per hour.

The Jodrell Bank Observatory itself was originally founded to help astronomers study cosmic rays with radio antennas. Now, as part of an international team of collaborators, Dr Justin Bray and Prof. Em. Ralph Spencer, who are based at Jodrell Bank Centre for Astrophysics, have designed and built a new particle detector that will work with the next generation of radio telescopes, such as the Square Kilometre Array (SKA) telescope. The prototype is first being deployed and tested at the Murchison Widefield Array (MWA) telescope in Western Australia, which will also be the site of the low frequency antennas of the SKA.

Dr Bray's team is the SKA High Energy Cosmic Particles group headed by himself and Dr Clancy James from 2016. This group includes international researchers from Curtin University and CSIRO Astronomy & Space Science, both in Australia, Karlsruhe Institute of Technology in Germany, and ASTRON, the Netherlands Institute for Radio Astronomy.

The combination of the new particle detector and the dense configuration of radio antennas at the SKA telescope mean scientists will be able to take extensive measurements of the radio emissions from interacting cosmic rays. This in turn will make it easier to understand the properties of the cosmic rays themselves. 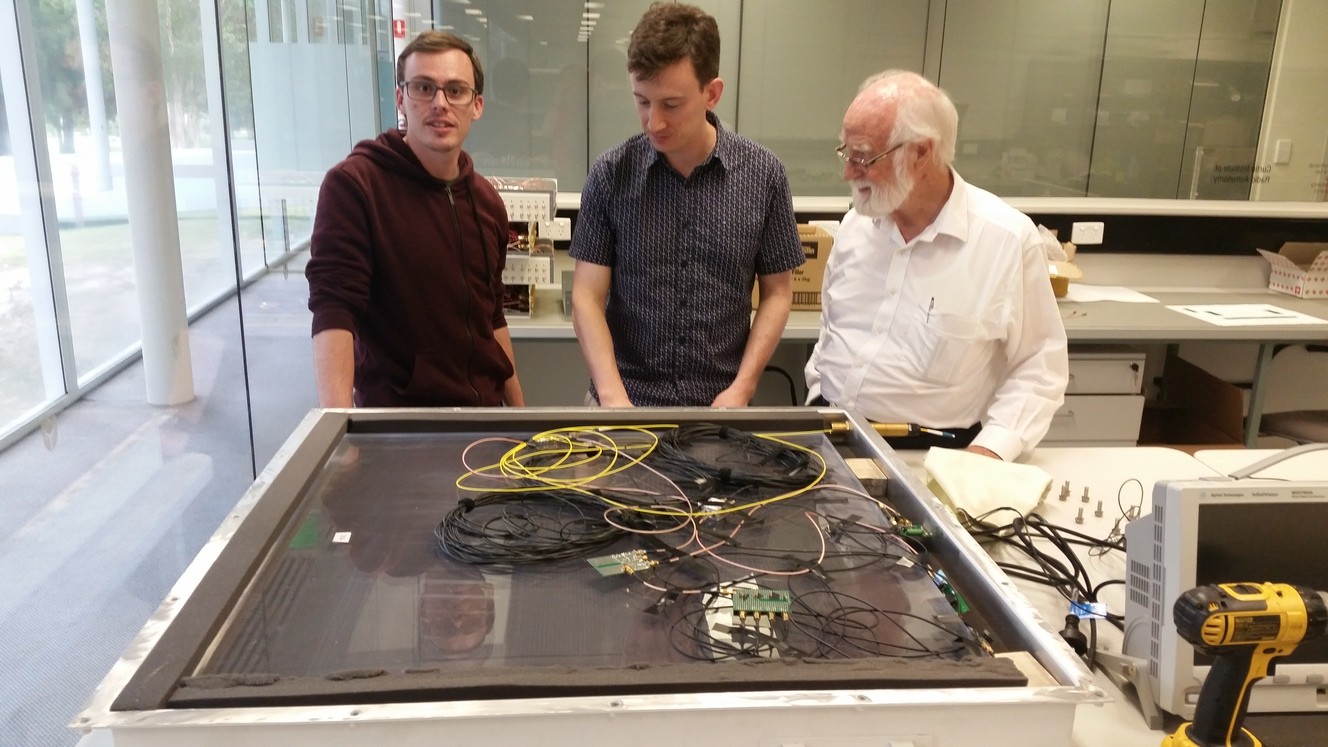 How far they've come to get to Earth is one of the big unanswered scientific questions. If we could help answer that it would be amazing.

Dr Bray says: “The key attribute of cosmic rays that we'd like to measure is what types of particles they are. We know that they're atomic nuclei, stripped of all their electrons, with a mixture of elements ranging from hydrogen up to iron.

“But the exact mix of what they’re made of is difficult to discern. If we can find that out it will provide key information about how they're produced and how they get to us.”

How they get to Earth and how far they travel is something that has baffled scientists since cosmic rays were discovered in 1912. It is generally thought that the most energetic ones come from outside the galaxy and less energetic ones from inside the galaxy, possibly from supernova remnants, but this is yet to be confirmed.

Dr Bray added: “How far they've come to get to Earth is one of the big unanswered scientific questions. If we could help answer that it would be amazing.”

The detector works by analysing the particles that reach ground level after a cosmic ray smashes into our atmosphere, generating “exotic particles” you wouldn’t usually find on Earth.

Dr Bray explains: “When a cosmic ray hits Earth’s upper atmosphere, it smashes into a nitrogen or oxygen nucleus, generating a cascade of exotic particles including pions and tau leptons. By the time they reach ground level, the surviving particles are mostly muons, electrons, positrons, gamma rays and neutrinos.

“The particle detector we're building will detect the muons, electrons and positrons in the cascade that reach ground level. So, when it goes off, it tells us that there was a cosmic ray interacting in the upper atmosphere, above the detector, a few microseconds ago.”