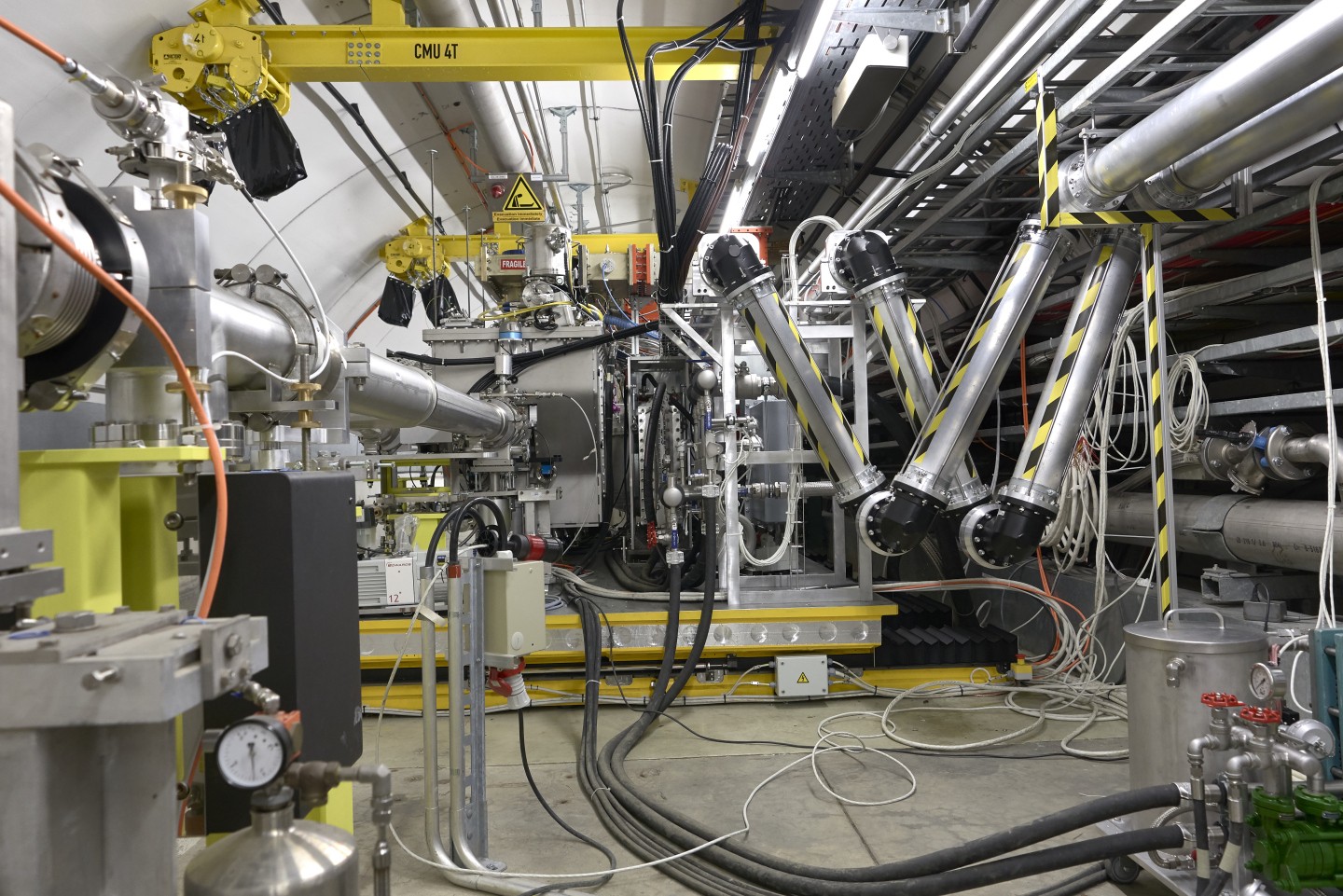 Crab cavities test bench
Test bench of the first two prototype crab cavities in the Super Proton Synchrotron (SPS) accelerator. The cryomodule containing the cavities is installed on a mobile table that allows it to be moved into the beam line as needed

Physicists from The University of Manchester are part of UK team that have spearheaded an important world first at CERN.

The team of scientists from the UK, led by Manchester and Lancaster University, have worked alongside experts from around the world to successfully test a new technology called ‘crab cavities’ and rotate a beam of protons for the first time.

The test, using the Super Proton Synchrotron at CERN, showed that bunches of protons can be tilted, which increases the bunches’ surface area. This is important because it allows scientists to increase the number of collisions of protons in experiments when bunches are fired at beams in the Large Hadron Collider (LHC). This significantly increases the amount of data needed to discover new particles such as the Higgs Boson.

The HL-LHC, which will be commissioned after 2025, will increase the luminosity – which is number of collisions per surface area – by a factor of five to ten. This improved sensitivity will enable physicists to use the Large Hardon Collider to observe more rare processes and perform precise studies of new particles.

The University of Manchester was involved in the beam dynamics modelling, and understanding how to measure the crabbing.

Dr Rob Appleby, from Manchester’s School of Physics & Astronomy and HL-LHC-UK spokesperson, said: “I am delighted for the fantastic and world-first result, and we in HL-LHC-UK look forward to working with CERN into the future to build HL-LHC in order to significantly improve the LHC performance.” 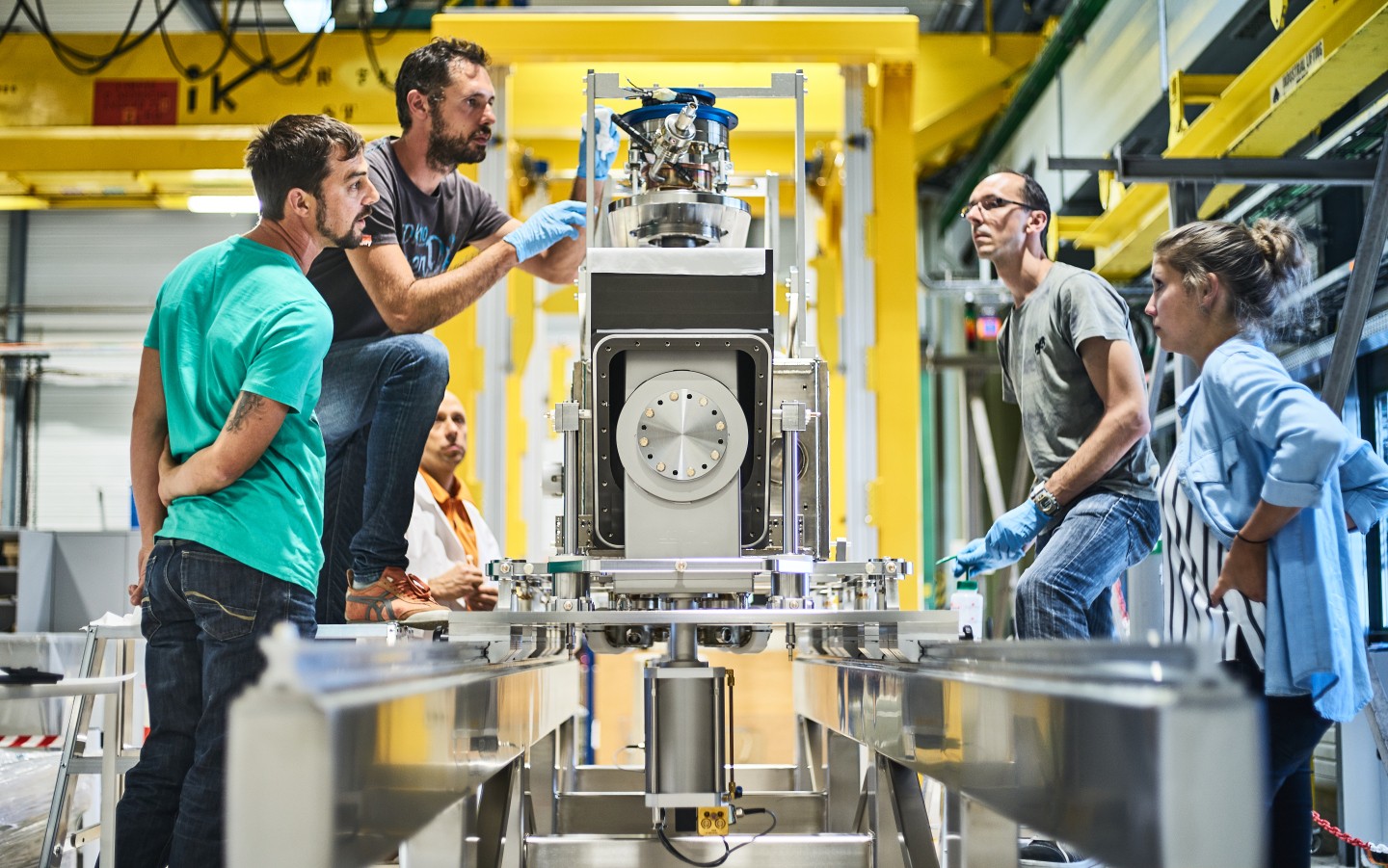 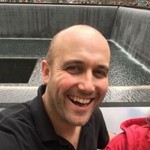 I am delighted for the fantastic and world-first result, and we in HL-LHC-UK look forward to working with CERN into the future to build HL-LHC in order to significantly improve the LHC performance.

The first two crab cavity prototypes were manufactured at CERN with experts at Lancaster University and the Science and Technology Facilities Council, as well as in the United States.

It was engineers at Lancaster who helped design of some of the subsystems, and in all phases of testing from sub-systems to the final test.

Lancaster University’s Dr Graeme Burt is the HL-LHC-UK Project Manager and UK Crab Leader and has been working on crab cavities for more than 11 years.

He said: “The importance of this ground-breaking result cannot be underestimated. I am delighted the UK team could contribute in all phases of this experiment through the HL-LHC-UK project in support of our CERN colleagues.”

Professor Carsten Welsh, Head of Department at Liverpool Physics, which was involved in final tests, said: "This is a fantastic result that will help make the LHC an even better accelerator in the future. It was made possible by close collaboration between UK institutions contributing to the High Luminosity upgrade and CERN."

The STFC Daresbury Laboratory designed many of the subsystems used in the test including thermal shields, magnetic shields and cavity supports.

Dr Shrikant Pattalwar, Crab Cavity Cryomodule UK task leader from the STFC, said: “It’s a fantastic result that reflects excellent coordination between the UK, CERN and the US teams. I am really proud to be a part of such an exciting collaboration.”