Jami L. Bennett won the prestigious Grierson Best Student Documentary Award for her film Ten by Ten following the life of her sister in South Korea. 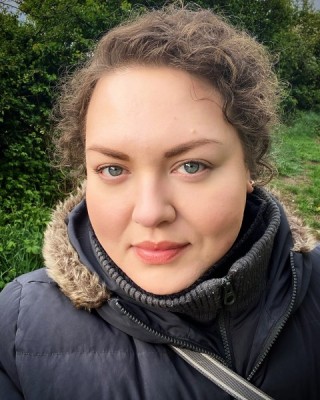 This November, University of Manchester Alumni Jami L. Bennett was bestowed with the Best Student Documentary Award for her film Ten by Ten during the 50th anniversary of the Grierson Awards annual ceremony.

The Grierson Awards, also known as the British Documentary Awards, are the biggest celebration of documentary filmmaking in the United Kingdom. They recognise and celebrate outstanding documentaries from Britain and across the globe that have made a significant contribution to the genre and demonstrate quality, integrity, creativity, originality and overall excellence.

The Best Student Documentary prize is awarded to a student director for a film made during a UK-based, full-time academic course. Jami’s film was made during her Masters in Visual Anthropology (MAVA) at the University of Manchester in 2020/21 and was her final project.

Jami is from the Appalachians, a mountainous region of the United States of America often stereotyped by outsiders as ‘white, poor and uneducated’ in Jami’s words. Her interest in anthropology and ethnographic films emerged from her desire to understand how these misconceptions came to exist and to use stories to challenge them. Following an undergraduate degree in Anthropology and Film, she joined the MAVA at the Granada Centre for Visual Anthropology to develop her skills as a storyteller.

She described the MAVA as the most formative year of her life, not only did she get professional practical training but she also received continuous support from the academic team during and after the programme. 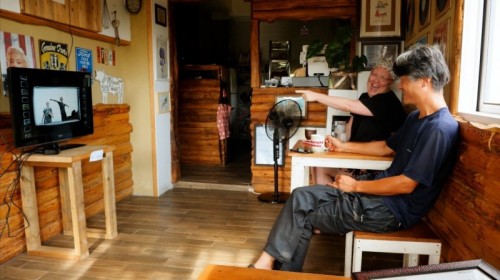 Ten by Ten is a testament to Jami’s desire and skill to tell compelling and intimate stories and the fact that the film almost didn’t happen further adds to Jami’s amazing accomplishment.

The plan was originally to film her brother is law perform an ancestor memorial rite called gijesa on Jeju Island in South Korea. As a result of the pandemic and its impact on quarantine and immigration policies, Jami arrived in Korea six weeks later than planned, missing much of the ritual and having to completely rethink the project she had been working on for the past months. In her acceptance speech at the Griersons, Jami said that ‘sometimes you just need to tell the stories that want to be told’.

Making the most out of her situation, Jami decided to film her sister Jessica who had lived in South Korea for the past 15 years and opened an American-style diner out of her own home with the help of her husband Dongseop. Jessica, a tall, charismatic, blond American woman rocking a mohawk and a red lip in a country where conformity is culturally encouraged started her diner to create a space where she could belong and reconnect with her native Tennessee through food.

At the time of Jami’s visit, the couple had just been featured on one of the country’s most popular television shows which propelled them to fame overnight. Ten by Ten follows Jessica along the themes of food, identity, home and celebrity as the couple navigates their newfound fame and the hordes of curious new customers.

Jami was originally hesitant to start this project and was worried about how her relationship with her sister would be impacted by the film and vice-versa. Being a relatively private person, Jami was also very aware of how the film would not only reflect her sister and brother in law’s life but also a window into her own. However, the more she tried to avoid embracing this story, the more she knew she had to film it:

‘As anthropologists, we ask people to share their daily lives with us, their thoughts and fears, hopes and dreams. And we expect them to open up to us. It felt hypocritical not to tell this story simply because I was scared to share a bit of my own life in the process.’  - Jami L. Bennett, MAVA 2022.

Accepting this vulnerability paid off and resulted in her winning this prestigious prize for the first film she ever submitted to an awards competition which the judges described as ‘a documentary with real heart and soul’.

For more information on the film and about Jami’s work, head over to Jami’s website.