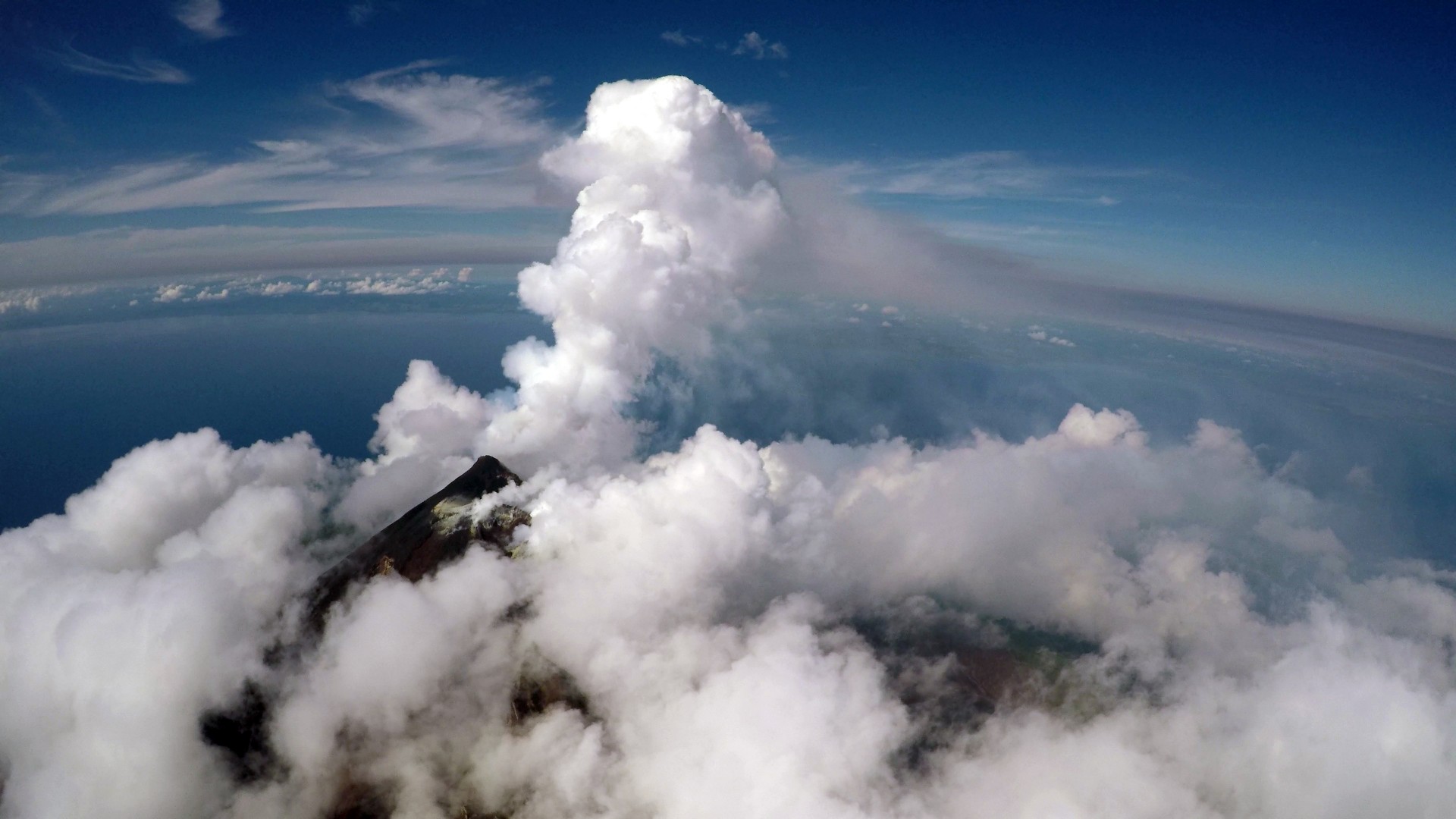 Specially-adapted drones have been gathering data from never-before-explored volcanoes that will enable local communities to better forecast future eruptions.

The cutting-edge research at Manam volcano in Papua New Guinea is improving scientists’ understanding of how volcanoes contribute to the global carbon cycle, key to sustaining life on Earth.

The international team’s findings, published in Science Advances, show for the first time how it is possible to combine measurements from the air, earth and space to learn more about the most inaccessible, highly active volcanoes on the planet.

They co-created solutions to the challenges of measuring gas emissions from active volcanoes, through using modified long-range drones.

Dr Brendan McCormick Kilbride, Presidential Fellow at The University of Manchester said: “The really exciting advance here is that we can use drones to achieve measurements of gas emissions that are otherwise impossible. In settings like Papua New Guinea, where highly active volcanoes can be extremely isolated, adopting this technology has immense potential for volcano monitoring at relatively low cost.”

By combining in situ aerial measurements with results from satellites and ground-based remote sensors, researchers can gather a much richer data set than previously possible. This enables them to monitor active volcanoes remotely, improving understanding of how much carbon dioxide (CO2) is being released by volcanoes globally and, importantly, where this carbon is coming from.

With a diameter of 10km, Manam volcano is located on an island 13km off the northeast coast of the mainland, at 1,800m above sea level. Previous studies have shown it is among the world’s biggest emitters of sulphur dioxide, but nothing was known of its CO2 output.

The really exciting advance here is that we can use drones to achieve measurements of gas emissions that are otherwise impossible. In settings like Papua New Guinea, where highly active volcanoes can be extremely isolated, adopting this technology has immense potential for volcano monitoring at relatively low cost.

Volcanic CO2 emissions are challenging to measure due to high concentrations in the background atmosphere. Measurements need to be collected very close to active vents and, at hazardous volcanoes like Manam, drones are the only way to obtain samples safely. Yet beyond-line-of-sight drone flights have rarely been attempted in volcanic environments.

Adding miniaturised gas sensors, spectrometers and sampling devices that are automatically triggered to open and close, the team was able to fly the drone 2km high and 6km away to reach Manam’s summit, where they captured gas samples to be analysed within hours.

Calculating the ratio between sulphur and carbon dioxide levels in a volcano’s emissions is critical to determining how likely an eruption is to take place, as it helps volcanologists establish the location of its magma.

Manam’s last major eruptions between 2004 and 2006 devastated large parts of the island and displaced the population of some 4,000 people to the mainland; their crops destroyed and water supplies contaminated.

Project leader Dr Emma Liu from University College London (UCL) said: “Manam hasn’t been studied in detail but we could see from satellite data that it was producing strong emissions. The resources of the in-country volcano monitoring institute are small and the team has an incredible workload, but they really helped us make the links with the community living on Manam island.”

Following the fieldwork, the researchers raised funds to buy computers, solar panels and other technology to enable the local community – who have since put together a disaster preparedness group - to communicate via satellite from the island, and to provide drone operations training to Rabaul Volcanological Observatory staff to assist in their monitoring efforts.

ABOVE was part of the Deep Carbon Observatory (DCO), a global community of scientists on a ten-year quest to understand more about carbon in Earth.

Volcanic emissions are a critical stage of the Earth’s carbon cycle - the movement of carbon between land, atmosphere, and ocean – but CO2 measurements have so far been limited to a relatively small number of the world’s estimated 500 degassing volcanoes.

Understanding the factors that control volcanic carbon emissions in the present day will reveal how the climate has changed in the past and therefore how it may respond in the future to current human impacts.

“We wanted to quantify the carbon emission from this very large carbon dioxide emitter. We had very few data in terms of carbon isotope composition, which would identify the source of the carbon and whether it is the mantle, crust or sediment. We wanted to know where that carbon comes from.”