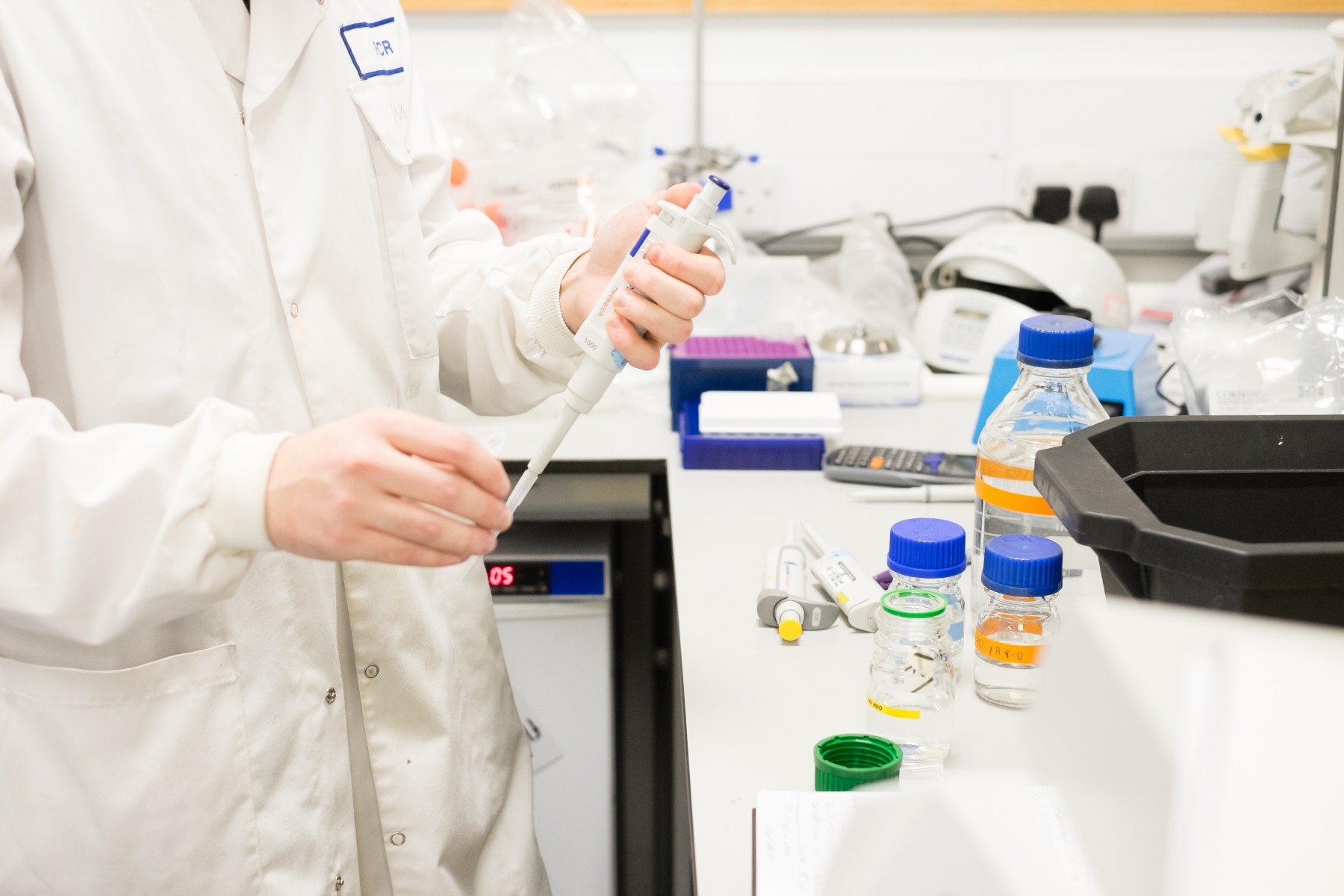 An ambitious, world-class cancer research facility is to be built at The Christie on the site of the Paterson building which suffered devastating fire damage in April 2017 displacing over 300 scientists and support staff.

It will integrate researchers and clinicians in a new state-of-the-art building, who will develop new ways to conduct team science approaches to accelerate the translation and adoption of research into the clinic.

This approach will ensure that Manchester remains at the international forefront of research in this field - understanding and tackling the diversity and complexity of cancer to drive better outcomes for patients with the very latest discoveries and breakthroughs.

The partners believe this exciting development embraces a great opportunity to transform the disaster of the Paterson building fire into a bold and exciting future. Detailed work to secure necessary formal approvals will be undertaken over the coming months.

In addition to housing the Cancer Research UK Manchester Institute, the new development will be a major step forward in realising MCRC’s ambition of becoming one of the world’s top five centres for basic, translational and clinical cancer research.

Manchester is already a world scientific lead in cancer biomarkers, the molecular targeting of cancer, early-phase clinical trials and cutting-edge radiotherapy, including the opening of one of only two NHS high energy proton beam therapy centres in the UK later this year.

Roger Spencer, Chief Executive of The Christie NHS Foundation Trust, said: “This is a hugely exciting time for The Christie. We have an opportunity to create a truly unique research centre integrated within the hospital with scientists, researchers and consultants all working together in one place, developing and shaping treatment and research from basic scientific discoveries through to patient care. It will ensure our patients receive access to the latest personalised and innovative cancer treatments alongside world-class clinical and scientific expertise.”

Professor Dame Nancy Rothwell, President and Vice-Chancellor of The University of Manchester, said: “The University already has a leading position in cancer research and a unique partnership with The Christie and Cancer Research UK. We are excited and proud to contribute our world-leading expertise to ensuring that Manchester is a global powerhouse of discovery research and treatment. The new building will be transformative and will be a magnet for attracting international researchers and building partnerships with other academic institutions and the pharmaceutical and biotechnology industry.”

Cancer Research UK Chief Executive, Sir Harpal Kumar, said: “Manchester researchers and scientists in our Institute and Centre have faced a tough 11 months following the devastating fire. But we are now delighted to announce proposals to build this state-of-the-art facility which will create exciting opportunities for breakthroughs and future discoveries in cancer research. We look forward to working with our partners to develop a unique space which will allow even closer collaboration and will become a world renowned centre of excellence.”

Professor Rob Bristow, Director of the Manchester Cancer Research Centre, explains: “This new international hub for translational research will allow the development of cancer research teams that focus their efforts to directly impact the patient. I came from Toronto to Manchester to help develop these teams whereby clinicians, researchers and patients could work together to drive the personalised approach to cancer medicine leading to the most innovative cancer clinical trials. This new build is a manifestation of Manchester’s ambition to create the next wave of incredible research to better prevent, diagnose and treat cancer with the highest calibre of basic and translational science.”

Professor Richard Marais, Director of the CRUK Manchester Institute, said: “I am delighted that the new building will house the CRUK Manchester Institute. Our world leading scientists are working to understand cancer biology and the discoveries they make will drive development of the diagnostic tests and cancer treatments of the future. The new building will bring these scientists together with cancer patients and the doctors, nurses and other clinical staff who are treating them. This will generate a creative environment in which cutting edge discoveries are rapidly translated into clinical practice, resulting in improved treatments for cancer patients.”

Detailed planning for the building is underway with a goal for completion in early 2021.