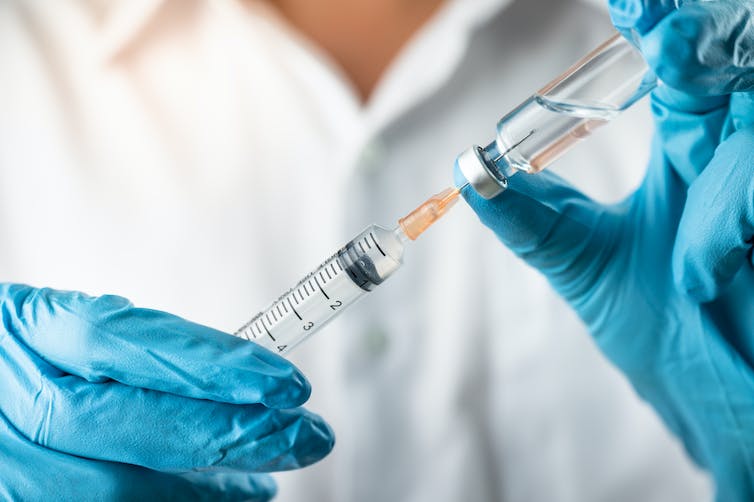 SARS-CoV-2 – the virus that causes COVID-19 – belongs to the family of betacoronaviruses that cause everything from the common cold to Mers (which kills about one in three people infected). Despite causing a wide range of symptoms, these viruses all share similarities. If they’re similar enough, could one vaccine prevent infection from them all? Scientists have certainly been considering it.

Before we explore this question, though, we first need to take a detour into the fascinating anatomy of betacoronaviruses.

Betacoronaviruses are microscopic balls covered in spikes that encapsulate a central core of genetic material. The virus must infect cells in order to replicate, and to do this it must first attach to the cells.

Betacoronaviruses use their spikes to attach to cells by latching onto specific targets on the cells called receptors. Scientists from countries including the US and France have examined these spikes and discovered that they are made up of two pieces, or “domains”, imaginatively called S1 and S2.

These spike domains help the virus attach to host cells in a variety of ways. For example, the viruses that cause COVID-19 and Sars both use a part of the S1 domain called the receptor binding domain (RBD) to stick to the host cell receptor (ACE2). But the cold-causing viruses do not.

By comparing the features of the spikes between all the betacoronaviruses that cause human disease, researchers have discovered similarities and differences between them. Whereas S1 domains are quite variable between virus family members, the S2 domains are quite similar.

Similarities in virus structure are important because they can help our immune system get tricked into responding and fighting several types of closely related viruses. This happens because similar domains will have similar features that can be detected by our antibodies.

Antibodies are made by specialised white blood cells called B cells. They have several functions in infection, such as helping other white blood cells detect and kill viruses or virally infected cells. Antibodies can also stop viruses from getting into cells by blocking the cell receptors, such as ACE2 in the case of COVID-19.

However, as powerful as they are, antibodies take time to generate – it can take seven to ten days to start making protective antibodies. Once the B cells know what antibodies to make, they will remember, and if they meet the same infection again, they can react almost instantly and make even more antibodies than before. This feature is termed the memory response.

Vaccines work by trying to create immune memory by supplying the features of the virus that will trigger natural antibody production without the need for a full-blown infection. Could structural similarities between related betacoronaviruses be used to make vaccines that will generate antibodies recognising several virus family members?

To unpick this puzzle, it is necessary to look at whether antibodies can recognise more than one type of virus, a phenomenon known as cross-reactivity. Tests like this showed that antibodies to the RBD part of the S1 domain of the spike protein that causes Sars cross-reacted with the virus that causes COVID-19.

Researchers have also found that antibodies to parts of the S2 domain of the spike protein were cross-reactive (albeit weakly) with the other betacorononaviruses in a study that has not yet been peer-reviewed. However, antibody binding is not enough to say whether a target is suitable for further development into a vaccine or drug.

These discoveries of potentially cross-reacting antibodies are exciting because they could open the door to new drugs and vaccines that tackle COVID-19. A side product could be the potential to offer some protection against future coronaviruses that we have yet to encounter.

However, a cautionary note is warranted. Although antibodies can be powerful allies in the fight against infection, they can pose serious threats to our health. Antibody-dependent enhancement (ADE) is a phenomenon that can occur when an antibody bound to a virus actually helps the viruses to enter and infect cells, including cells it could not normally infect, such as some types of white blood cell.

Once the virus gets inside the white blood cell, it hijacks the cell and effectively turns it into a Trojan horse. These Trojan horses enable the virus to hide and thrive within the cell and get spread around the body – in effect amplifying and accelerating the course of disease.

ADE is not known to occur in COVID-19 but has been observed in dengue fever. There is still much we don’t understand about ADE, but the likelihood appears to be highest when there are several variants of a particular virus circulating in a population. 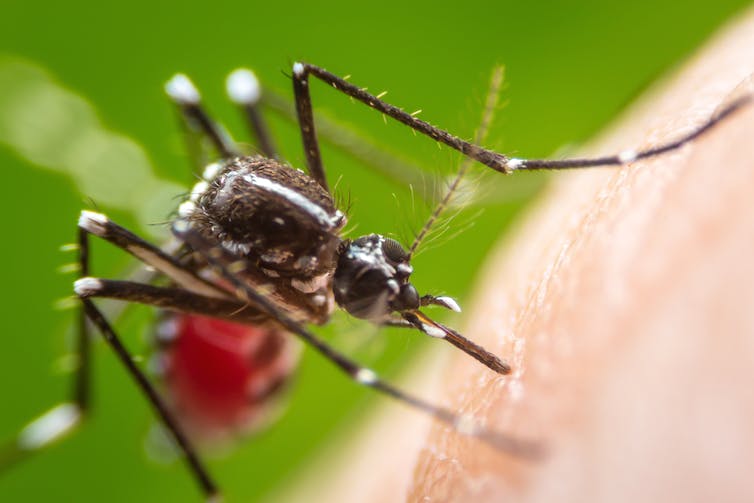 Disease enhancement has been seen in dengue fever. khlungcenter/Shutterstock

A huge question, therefore, is whether a vaccine that exploited similarities between the cold-causing viruses and COVID-19 would cause a bigger risk of ADE? Most COVID vaccine trials are focused on the RBD region of the spike protein, which does not elicit such broadly cross-reactive antibodies and, as such, are less likely to pose a risk of ADE.

Another possible risk antibodies can cause is the condition known as vaccine-associated enhanced respiratory disease (ERD). ERD occurs when high levels of antibodies bind to viruses, causing clumps of virus and antibody. The clumps can cause blockages in the small airways in the lungs with potentially devastating results. This risk, although rare and unlikely, emphasises the need for caution to ensure any vaccines and new drugs are properly tested for safety before they are widely used.

On balance, given the questions around the functionality of cross-reactive antibodies alongside the potential risks, it seems unlikely that in the near future there will be a COVID-19 vaccine that will also protect us from Sars, Mers and some types of common cold. What is clear, though, is that the more we learn about how these viruses evolve, their similarities and differences and the way our immune response reacts, the better chance we have to win the war against COVID-19.